Uber Technologies Inc. is asking provincial governments across Canada for regulatory changes that would force the tech giant and other app-based companies to offer gig workers benefits and safety protections.

The San Francisco-based company said Wednesday that it wants the provinces to require app-based gig employers to accrue benefit funds for workers and provide safety tools and training without having to take away the flexibility of their work by declaring them traditional employees.

Uber’s proposal is a significant shift from its long-time independent contractor model, where drivers and couriers pick up riders or orders as they please but are not offered health insurance, vacation time or many other perks associated with traditional employment.

“Our view is our current employment system is outdated, unfair and somewhat inflexible and some workers get benefits and protections and others don’t,” Andrew MacDonald, Uber’s senior vice-president of global rides and platform told The Canadian Press.

“We feel that COVID has exposed some of those fundamental flaws and think this is a good opportunity for change.”

MacDonald and Uber are calling their pitch Flexible Work+ and marketing it as a step up from the independent contractor model that gives drivers and couriers perks but doesn’t take away their power to chose when, where and how often they pick up riders or meals.

The company hopes to use the model to address frequent complaints from drivers and couriers who want the benefits provided by traditional employers and more transparency around their earnings.

Both requests have become even more important during the COVID-19 pandemic as gig workers saw their earnings fluctuate.

UberEats couriers in Toronto, for example, told The Canadian Press in February they were concerned about the company’s treatment of workers after pay changes resulted in some of their earnings dropping from $10 to $3.99 per trip before tips during the last year.

If provincial governments back Uber’s proposal, the company would offer drivers and couriers in the country access to funds that they can spend on prescriptions, dental, or vision care and potentially even RRSPs or tuition.

Uber envisions drivers and couriers getting to decide how to use the money, which could be allocated based on hours worked.

Uber is also hoping provincial changes would allow the company to give drivers and couriers equipment like safety vests or phone mounts without creating the perception that it is a traditional employer.

It would also commit to offer more transparency around pay, find more ways to engage with drivers and delivery people and invest more in those finding work through the app -- all features it does not require government assistance for.

Uber is pursuing the Flexible Work+ model rather than existing ones because an October survey of 670 Canadian drivers and couriers showed 85 per cent could not continue driving or delivering if flexible work wasn’t offered.

When it asked about specific models, it found 29 per cent strongly preferred and 30 per cent somewhat preferred to be an independent contractor.

About 15 per cent strongly preferred and 20 per cent somewhat preferred the traditional employee model.

“We really think there is a way to have the best of both worlds here,” said MacDonald.

Using feedback, the company started devising Flexible Work+ and asked drivers and couriers about it. Sixty-five per cent of the them favoured it. Roughly 16 per cent still like the current independent contractor model and 18 per cent wanted to be classified as employees with benefits.

Now it wants provincial co-operation to make the proposal a reality -- and not just for Uber.

“Uber has led but we’re by no means the only player in the space and many of our drivers and delivery people work on multiple platforms, so we really think it’s a good thing for the industry to come along,” said MacDonald.

He isn’t sure how other apps feel about the changes Uber is pushing, but said there is “wiggle room” to alter the proposal based on feedback and he can see other companies finding benefits in the model.

“We’ve got a proposal that will work, but now we just need to engage.”

How a Toronto travel startup grew during the pandemic - and raised US$85-million
Subscriber content
March 4, 2021 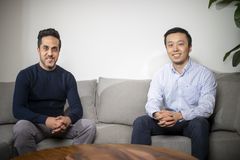 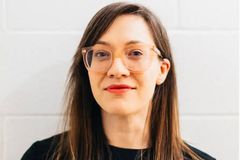 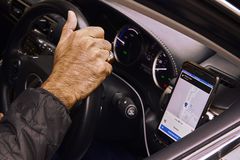