Uber Technologies Inc and smaller rival Lyft are driving side-by-side on the road to a stock market debut, and that may not bode well for Lyft as investors decide where to place their bets in the ride-hailing sector.

Uber and Lyft both submitted confidential IPO filings with the U.S. Securities and Exchange Commission (SEC) last Thursday, suggesting that their public offerings could take place in close proximity, unless one decides to take a pause.

Some IPO investors interviewed by Reuters said two IPOs in quick succession could force them to choose between Uber and the smaller and less diversified Lyft.

“The advantage of being first to market with your IPO is the ability to control your destiny without being impacted by how the competing IPO is performing in the public market,” said Jim Williams, chief investment officer of Creative Planning Inc, a wealth and investment manager in Overland Park, Kansas, which manages $35.7 billion and advises clients who already own shares in Lyft and Uber, or are considering buying them.

The first company to debut will get to define the sector in the eyes of stock market investors.

Uber will likely draw investor attention to its larger market share and wider business operations, such as freight hauling and food delivery, while Lyft will play up its smaller but highly focused ride-hailing business, said people close to both companies.

Lyft operates in the United States and Canada and the majority of its business is ride-hailing, although, like Uber, it recently got into bike and scooter renting. It expects to be valued at between $20 billion and $30 billion in an IPO, sources have said.

Uber, on the other hand, operates in more than 70 countries – although like Lyft it is also still unprofitable. Investment bankers have said it could be worth as much as $120 billion in an IPO, which would be one of the largest on record and would likely sap most of investors’ appetite for ride hailing.

“Very large IPOs can be hard to absorb into the market,” said Kathleen Smith, founding principal at Renaissance Capital, a manager of IPO-focused exchange-traded funds. “It would not be favourable if Lyft and Uber come to market at the same time.”

Sources said there has so far been no change to Lyft’s IPO plans in light of news of Uber’s following suit. But sources close to Lyft said it lost precious time by not pulling the IPO trigger while Uber faced a number of challenges and scandals last year.

Throughout 2017, Uber was pummelled by a series of controversies, including allegations of sexual harassment, obtaining the medical records of a woman raped by an Uber driver in India, a massive data breach, and federal investigations into issues including possibly paying bribes to officials and illicit software to evade regulators.

CEO Dara Khosrowshahi, who was named to the top spot in August 2017 after Uber co-founder Travis Kalanick resigned under investor pressure, and his leadership team have attempted to reset the workplace culture and clean up the messes. They clinched settlements with U.S. states over the data breach and with Alphabet’s self-driving car unit, Waymo, which had sued Uber for trade-secrets theft.

“It would have been a particular advantage for Lyft to have gone earlier when Uber was under a lot of pressure from a PR perspective,” said Alex Wellins, co-founder of IPO advisory and investor relations firm Blueshirt Group LLC.

Lyft did not push for an IPO earlier because it wanted to build up its business, grow revenue and make its stock market flotation more attractive to investors, according to sources familiar with its thinking.

David Erickson, senior fellow and lecturer in finance at the University of Pennsylvania and former co-head of global equity capital markets at Barclays Plc, saw advantages to Lyft by waiting. Lyft “clearly had things in the hopper that makes their story richer,” he said.

The companies are betting on a similar reception from public market investors that they saw in their private financing rounds, which have been oversubscribed.

To be sure, Uber and Lyft could decide to space out their IPOs. And if the recent stock market volatility continues, the companies may change their IPO plans altogether.

Uber has a history of manoeuvring to one-up Lyft so it could appear to be a step ahead of its business rival. In 2014, as Lyft was preparing to launch its carpooling service, Uber rushed to publicly announce its own carpool, even though it did not have the service ready, according to people familiar with the matter.

Uber must be thinking it “did all the heavy lifting, took all the risks,” said Santosh Rao, head of research at Manhattan Venture Partners, a Lyft investor. “They can’t let Lyft take the credit and define the expectations of investors.” 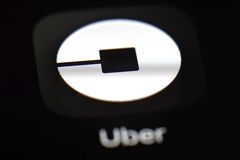 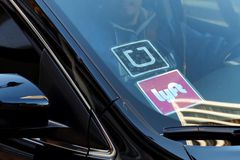 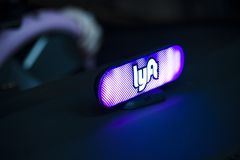