Desjardins Group is buying discount real estate brokerage Purplebricks Canada for $60.5-million, as the company’s British-based owner pulls out of Canada after failing to gain traction with an ambitious international expansion plan.

Under the deal, Quebec-based Desjardins, the country’s largest financial co-operative, is acquiring the Canadian subsidiary of Purplebricks Group PLC, which operates as DuProprio in Quebec and Purplebricks in Ontario, Manitoba and Alberta.

Both brands compete with incumbents mostly on price, offering a flat-fee structure as opposed to the commissions typically paid to real estate agents. DuProprio is well established in Quebec, with a 20-per-cent share of the province’s residential real estate sales, but Purplebricks is still an upstart in other provinces.

For Desjardins, a leading provider of mortgages and home insurance in Quebec, the acquisition expands its reach into a new service and creates an opportunity to cross-sell products and reach potential new members who are looking to sell a home.

Guy Cormier, the co-operative’s chief executive officer, has been in a deal-making mindset for at least two years, seeking to fortify Desjardins’s position in Quebec and expand in other provinces. He said Desjardins initiated the deal talks.

“When we looked at this opportunity in our strategic plan, we were looking mainly in Quebec,” Mr. Cormier said on a conference call Wednesday. “But at the same time, it was important to look in Ontario because we have a footprint there, we have branches, and we want to see if it’s an opportunity for us to expand over there.”

For Purplebricks Group, “the disposal of its Canadian business” – as the company described it in a news release – marks a humbling retreat for a firm that has captured a huge share of Britain’s real estate brokerage market. It has failed to duplicate that success in Australia, the United States and now in Canada, and has chosen “to focus its time and the company’s resources on delivering growth in the core U.K. market,” CEO Vic Darvey said in a statement.

It was only two years ago that Purplebricks Group set up shop in Canada, paying $51-million to buy Quebec-based DuProprio and Purplebricks Canada, which operated as ComFree before it was renamed, from Yellow Pages Ltd.

Desjardins said it plans to keep the company’s leadership teams and more than 500 employees, about 300 of whom are in Quebec, and 160 in Ontario.The deal licenses the Canadian subsidiary to continue using the Purplebricks brand until December, 2021, and Desjardins plans to keep the name for now, taking advantage of recognition that was established with an extensive advertising campaign.

“We’ll want to capitalize on the brand equity that was recently built,” said Marilyn Horrick, vice-president for the Ontario market. But whereas Purplebricks was once seen as a disrupter, Desjardins is positioning it as a low-cost choice in a suite of options for selling a home and is ”likely going to look at” rebranding in due course.

With Purplebricks and DuProprio, a house seller pays flat fees for services, though the two companies use different pricing models. DuProprio has packages of support ranging from $699 to $1,099, plus extra options, whereas Purplebricks switched to a fixed-fee model that charges $499 up front and an additional $1,999 to $2,499 when a home sells.

The seller typically also pays a 2.5-per-cent commission to the buyer’s agent – a cost that has not always been obvious in Purplebricks ads, and amounts to $25,000 on a $1-million home.

So far, the Canadian entity has struggled to show profitability. In its first 10 months under Purplebricks ownership, to April 30, 2019, the subsidiary posted an operating loss of £2.8-million ($4.8-million).

Yet when Desjardins did due diligence, executives concluded that the Purplebricks model “shows some good traction,” said Martin Brunelle, vice-president of growth, acquisitions and development. Outside Quebec, “it’s about 2 per cent of market share. But we are seeing potential to grow that market share in the next few years to something closer to 10 per cent.”

In some cases, Desjardins also expects to refer clients with existing mortgages to the real estate brokerages, and vice-versa, but will need explicit consent to do so because of restrictions that limit data sharing. “We will follow all the rules,” Mr. Cormier said. 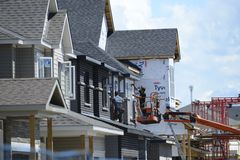 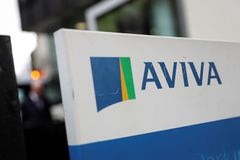