Coronavirus information
The Zero Canada Project provides resources to help you manage your health, your finances and your family life as Canada reopens.
Visit the hub
Patrick Brethour
Published May 22, 2020 Updated May 22, 2020
For Subscribers
Comments
Text Size
Please log in to listen to this story. Also available in French and Mandarin. Log In Create Free Account

Rising consumer debt was already acting as a drag on the Canadian economy before the coronavirus.

Those rising debts will depress consumer spending, economists say, leaving it up to governments to spend – and amass further debt – to reinvigorate the economy after the coronavirus crisis eases.

In remarks to the Commons finance committee, CMHC chief executive Evan Siddall said consumer indebtedness starts hurting economic growth when it rises above 80 per cent of GDP. Canadian consumer debt levels will be “well in excess” of that threshold, he said.

CMHC is forecasting that gross household debt will peak at 130 per cent of gross domestic product by the third quarter of this year, up sharply from 99 per cent before the coronavirus pandemic caused the shutdown of large parts of the economy.

Business spending is unlikely to do much to buttress growth, with excess capacity in many sectors already leading to retrenchment, not expansion. That will leave public sector spending – particularly by Ottawa – to drive economic growth in the near term, pushing up the federal government’s net debt to levels not seen in more than two decades.

“Governments will be asked to take up the slack, and they will,” said Alexandre Laurin, director of research at the C.D. Howe Institute.

Others aren’t quite that pessimistic, though they agree Ottawa’s indebtedness is certain to increase. Stephen Brown, senior Canada economist at Capital Economics, said he forecasts the federal government’s net debt rising to 46 per cent of GDP by 2022.

But he agrees that households are weighed down by debt. Falling real estate prices add to the burden, he said, since consumers will be unwilling to tap home lines of credit to fund purchases. That’s a contrast to the economic downturns of 2008 and 2015, when a buoyant housing market allowed consumers to keep spending. “I don’t think that will save us this time," he said.

CMHC is warning of a “debt deferral cliff” this fall, as unemployed Canadians are forced to make up for mortgage payments that were frozen during the economic lockdown. Mr. Brown said he believes those concerns are overstated. Many consumers will have been able to set aside some funds in the intervening months, reducing the number of defaults and the downward pressure on consumer spending. “It’s more of a downward slope, not a cliff,” he said.

So far, there is no official reckoning of the full magnitude of Ottawa’s coronavirus-driven deficits. In late April, the Parliamentary Budget Officer forecast the deficit would rise to $252.1-billion in fiscal 2020-21, pushing the net debt to GDP ratio to 48.4 per cent. But since then, the Liberals have announced significant new spending, including one-time payments to seniors and an extension of wage subsidies.

Parliamentary Budget Officer Yves Giroux says it’s “very likely” that the deficit and debt ratio figures will rise from his April 30 assessment, adding this year’s deficit would probably be less than $300-billion.

The PBO isn’t yet making formal deficit or debt projections beyond this year, saying there is too much uncertainty about the rate of economic growth, and the federal government’s appetite to turn emergency spending into permanent programs. “The pressure will be tremendous to keep extending them,” Mr. Giroux said.

But he said the federal deficit for 2021-22 is likely to top $100-billion, once the government begins rolling out stimulus spending. That would drive up the net debt to GDP ratio to around 53 per cent, a level last seen at the end of the 1990s.

Mr. Giroux said even that high of a debt level would not, on its own, pose much of a risk of credit downgrades for Ottawa, given its robust fiscal capacity. But deteriorating provincial finances could complicate the situation, he said, with Ottawa forced to take action to clean up a “fiscal mess” not of its own making. 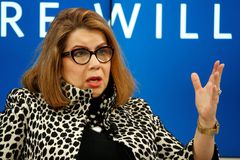 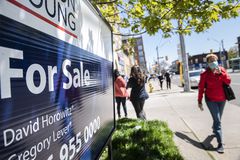 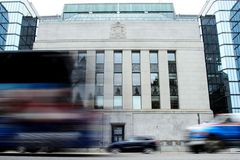