The central bank remains confident that Canada’s exports and business investment will return to “positive growth” later this year even as the uncertain global trade environment, low oil prices and the housing slowdown weigh on the economy, Mr. Poloz said on Monday.

“Recent economic data have been generally consistent with our expectation that the period of below-potential growth will prove to be temporary,” Mr. Poloz told a business audience in Iqaluit.

The Bank of Canada is one of the world’s last major central banks still talking about raising interest rates amid the sudden global slowdown.

“There was no food for those hungry for signs that the bank is contemplating a rate cut,” Canadian Imperial Bank of Commerce chief economist Avery Shenfeld said in a research note. “Indeed, it’s still putting weight on its view that things will get better.”

For the moment, however, Mr. Poloz seems comfortable keeping the bank’s key interest rate, now at 1.75 per cent, below neutral – defined as the range where monetary policy neither speeds up nor slows down economic activity.

Speaking to reporters, Mr. Poloz played down the significance of the recent inversion of the typical interest-rate yield curve, with some longer-term rates slipping below shorter-term rates. Such a phenomenon is sometimes an indicator that a recession is coming.

Instead, Mr. Poloz suggested this may be “innocent inversion," caused in part by the fact that rates are so low throughout the economy, rather than a harbinger of a recession.

“We are not forecasting a recession,” he told reporters after the speech.

Even while acknowledging the problems facing the Canadian and global economies, Mr. Poloz spent much of his speech on the good news, including rising service exports and solid labour-force growth. And he insisted that in spite of recent challenges, Canada still has what it takes to continue to thrive as a trading nation.

He pointed out, for example, that Canada’s transformation into a services-based economy and the evolution of global supply chains may explain why the economy continues to add jobs even amid sluggish business investment and exports.

“The shift in economic growth toward technology and services is playing a role,” Mr. Poloz said.

He said the length of the current economic slowdown is a “bit of a question mark.” The central bank’s current forecast is for the dip to last roughly through the first half of the year, but it’s slated to release new projections in mid-April.

Services, which now account for nearly a quarter of Canada’s total exports, are growing much faster than merchandise trade, changing the look of the country’s traditionally resource-based economy, he pointed out.

“Growth in Canada’s economy, which was based on trade in natural resources in its early years, is now driven mainly by services,” he said.

This is affecting decisions by companies on where they locate factories, and often the cost of labour is less important than it was in earlier decades.

Mr. Poloz argued that in the face of tariffs and other trade uncertainty outside the country, Canada should be working harder to remove trade barriers between provinces. Citing Bank of Canada research, he said that lower trade barriers and harmonized regulations would boost economic growth by 0.2 percentage points per year, or roughly $4.5-billion.

“Our dependence on international trade makes recent developments on this front very worrisome,” he said.

Fed policymakers do not want rate cuts – not even the doves – despite pressure from Trump and aides
March 29, 2019 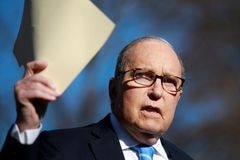 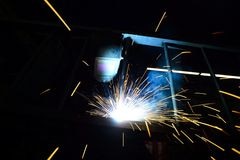