To do that, the company carries a diverse mix of merchandise ranging from a $1,200 shearling-lined leather bomber jacket that sold out online in the fall before it ever hit store shelves, to a more affordable $22 pair of leggings.

The retailer’s refurbished store on Toronto’s tony Mink Mile is a reflection of the multifaceted approach. At more than twice the size of the shop it replaced, it’s designed with fancy touches while still aiming to welcome shoppers of all stripes. They can sip cappuccinos at its new café, or admire the oak and marble finishes while lounging on velvet-upholstered sofas.

It’s a model for Aritzia’s future flagship stores. But Brian Hill, chief executive officer of Aritzia, expects the bigger stores to generate fewer sales-per-square-foot. That’s because he is stocking them less densely, with fewer products for the space they occupy, while trying to ensure enough consumers engage with the concept to justify the sales approach.

“We like to be attainable to the vast majority of the population," Mr. Hill said as he toured the expanded flagship. "But we consider ourselves to be a luxury retailer.”

Now Mr. Hill, who founded Vancouver-based Aritzia 35 years ago and took it public in late 2016, needs to demonstrate that his cater-to-all strategy has legs.

It entails enlarging select stores but sacrificing some sales-per-square-foot while straddling luxury and less costly offerings. Aritzia distinguishes itself by developing products under its own labels, and branching out into 16 brands to cater to divergent customer demographics. It has even launched standalone stores under some of those names, such as Wilfred and Tna. Industry observers are impressed.

“It is clear product, stores and strategies are resonating well,” said Patricia Baker, retail analyst at Bank of Nova Scotia. “The company’s strong operating performance is due to first-rate execution on a solid strategic agenda.”

In its third quarter, Aritzia’s profit rose by more than 16 per cent to $32.6-million from a year earlier while sales climbed 18.8 per cent to $242.9-million. Same-store sales at outlets open a year or more – an important retail metric – jumped by 12.9 per cent for the period ended Nov. 25, more than double the rate of the previous year.

What is more, about 40 per cent of the retailer’s sales growth came from its U.S. business, which has defied the odds by gaining ground over the past 12 years even as many other Canadian retailers floundered south of the border.

Still, Aritzia faces some headwinds. It warned recently that its fourth-quarter sales gains could be pinched by the shift of a growing chunk of holiday sales to the third quarter because of the rising popularity of Black Friday promotions in November. And it expects to feel the pain of a weakening loonie and steeper raw material costs.

With 96 stores in all – 27 in the United States and growing – Aritzia still needs to boost its name recognition, especially in the do-or-die American market, a survey published last June by Bank of Montreal showed.

“Importantly, those consumers that are familiar with the brand have a favourable view of Aritzia,” the BMO report said.

To grab attention, the retailer pays influencers such as celebrity Kendall Jenner to wear its clothing, in her case its $250 Super Puff parka. But Aritzia probably gets an even bigger buzz when Meghan Markle, Duchess of Sussex, sports one of the retailer’s products, which she does frequently, often tied to her stylist’s connection with the retailer. Ms. Markle was spotted last December in a $350 Wilfred Cocoon coat, with an Instagram post sparking hundreds of thousands of likes.

In trying to woo a wide range of customers, Aritzia graduates younger consumers from its Tna brand to Wilfred and Babaton for those seeking a more professional look, BMO analyst Stephen MacLeod said.

Meanwhile, Mr. Hill faces a problem that others would envy – running out of popular items. Aritzia quickly was out of stock of a new line of leather fashion goods it launched last fall, including the $1,200 bomber jacket, which is roughly twice the price of many of its other leather jackets. It still can’t keep up with demand for its new denim-wear items, Mr. Hill said. “It’s always good to sell out of something.”

What’s the appeal? In a cheap-chic, disposable fashion world, Aritzia is something of the anti-fast-fashion brand. Amid signs of softer performance from some fast-fashion players such as H&M, Aritzia touts long-lasting, quality clothing, Mr. MacLeod said in a report last year.

And because each of its stores has a different look, Aritzia attracts consumers who hanker after something “off the beaten path” beyond the big cookie-cutter chains, he said.

With an estimated $1,600 of sales-per-square-foot, Aritzia’s productivity is on par with some high-profile retailers such as Lululemon Athletica Inc., he found. Artizia is targeting up to $1.2-billion of overall sales by 2021 from $743-million last year.

Now it’s putting a push on international expansion. Already it sells online in more than 200 countries with $4-million-plus in sales outside of North America – and eventually plans physical stores, Mr. Hill said. Aritzia is in talks with China-based e-commerce titan Alibaba’s Tmall to carry its products, although nothing is imminent, he said. First it needs to focus on raising brand awareness in North America. 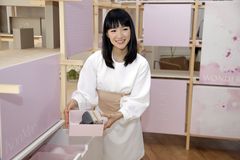 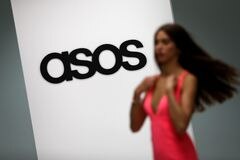 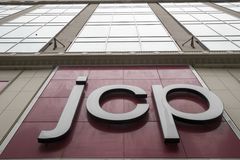