U.S. activist investors plan to withhold their votes for three of TransAlta Corp.’s directors, including the chairman, in an escalating battle over the power generator’s $750-million partnership deal with Brookfield Renewable Partners LP.

The investors, led by New York-based Mangrove Partners, complain that TransAlta has not been transparent about aspects of the deal, which includes the sale of a stake in its prized hydroelectric assets.

Mangrove and its allies, Bluescape Energy Partners LLC and Cove Key Management LP, own more than 10 per cent of TransAlta’s stock. Mangrove said on Thursday that it intends to abstain from voting for the directors who were on the special board committee that considered the Brookfield transaction – chairman Gordon Giffin as well as Alan Fohrer and Beverlee Park.

It’s the second high-profile offensive this week. On Tuesday, Mangrove demanded that TransAlta push back its annual meeting by more than a month, and hold a separate shareholder vote to approve the deal. A hearing before the Ontario and Alberta securities commission on the matter is slated for Friday.

The activists say they believe the deal, announced March 25, was thrown together in haste, partly in response to the threat of a proxy war. TransAlta chief executive officer Dawn Farrell has rejected the notion, and Mr. Giffin has said the dissident moves amount to circumventing the rights of other shareholders.

“This is all about just good corporate governance and making sure the shareholders have complete information and have the ability to make discrete choices on discrete issues,” Mangrove Partners founder Nathaniel August said in an interview. “I just don’t understand why someone would think that it’s justifiable not to give shareholders excellent disclosure, and not to allow shareholders to weigh in separately on what we think are really two separate issues.”

Under the deal with Brookfield, TransAlta aims to use $350-million to speed its move away from coal to gas-fired power, and another $250-million for a major share buyback. TransAlta will use the rest for other projects. Brookfield is buying new TransAlta convertible debt and preferred stock. Each will pay 7-per-cent annual interest that will be exchangeable, in 2024, into up to 49 per cent of TransAlta’s Alberta hydro assets, based on their profitability at the time.

As it stands, no vote on the deal is planned for the April 26 annual meeting, though Brookfield has put forward two board nominees, essentially offering some shareholder say on the matter.

In a statement, TransAlta fired back at Mangrove, saying dissidents are offering shareholders nothing in the way of an alternative plan to the Brookfield deal as structured.

“The board and its special committee firmly believe it is in the best interests of the company and its shareholders and other stakeholders,” TransAlta said in a statement. “Many of our largest shareholders agree. In conversations with our major institutional shareholders this week, we continue to hear that shareholders are supportive of the Brookfield strategic partnership and investment.”

Ms. Farrell has said she believes the activists should be in favour of the transaction because it achieves three major corporate objectives in one fell swoop: It reduces debt, speeds up the shift to gas-fired power from coal and rewards shareholders who had become impatient with a lagging stock price.

However, Mangrove and its allies said they may put forward five of their own director nominees in protest. Mr. August is adamant that they are not trying to scuttle the deal, but instead want TransAlta to be open to superior offers for the hydro assets.

He noted that TransAlta’s financial adviser, Canadian Imperial Bank of Commerce, has not provided a fairness opinion, which he called “troubling.”

“Without shareholders having insight into whether the company actually ran a best-in-class process to sell assets, it’s impossible for shareholders to make a reasoned determination on whether this is a good outcome for them,” Mr. August said. 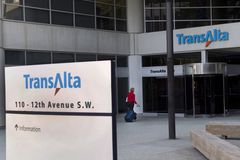 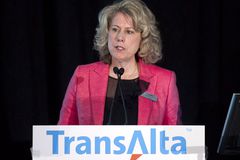 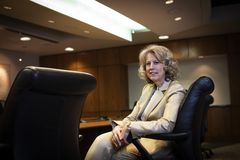