U.S. aviation regulators say they are in no hurry to permit Boeing 737 Max passenger jets to resume flying, adding uncertainty for airlines hoping to get the planes back in the air quickly.

Daniel Elwell, acting administrator of the Federal Aviation Administration, says Boeing Co. has not yet provided the regulator with an updated version of the plane’s software, which has been linked to two crashes that killed a total of 346 people. And there is a lot of testing to be done once that happens, Mr. Elwell told reporters in Fort Worth, Tex., ahead of a meeting of global aviation officials.

“If it takes a year to find everything we need to give us the confidence to lift the order [to ground the planes], then so be it,” he said. “We will not lift the prohibition until it’s safe to do so.”

After the eight-hour meeting Thursday, which Mr. Elwell described as “exceedingly positive,” he reiterated that there was no set timetable for recertifying the planes.

Reuters, citing sources, reported that FAA officials at a separate meeting in Montreal told the United Nations’ International Civil Aviation Organization agency that they expect approval of the jets to fly in the United States as early as late June.

Nicholas Robinson, Transport Canada’s director general of civil aviation, said the government has already begun reviewing the design changes proposed by Boeing, but declined to speculate when the plane will be allowed to fly in Canada.

Before clearing the plane to resume flying, Transport Canada will validate the U.S. certification of the plane, as is the agreed practice.

“That process hasn’t changed in this particular case,” he said. “We validate their conclusions based on a risk-based approach. We don’t review everything they do. We focus on the areas of interest, the high-risk areas,” Mr. Robinson said in a conference call with reporters on Thursday night.

Transport Minister Marc Garneau said in April that Canadian pilots of the 737 Max would be required to train in a flight simulator. But Mr. Robinson said on Thursday it is “premature” to say what kind of training will be required.

“There are many factors that we have to consider before we can determine what sorts or training will be required associated with the fix that Boeing proposes,” he said. “We don’t have the full extent of what Boeing is proposing with regards to the change to safety risks that Boeing has identified.”

Canada and the United States grounded the planes on March 13, after other major regulators had already done so, in response to the March 10 crash of a new 737 Max flown by Ethiopian Airlines. The plane’s up-and-down flight path before the crash, which occurred minutes after takeoff, was similar to that of a Lion Air 737 Max out of Indonesia that crashed in October, Mr. Garneau said on March 13.

In both cases, preliminary investigations pointed to problems with the anti-stall system of the automated controls and their response to data from the components that measure the angle of the plane’s flight.

Boeing said it has made changes to the plane’s software that include giving the pilot more ability to override the automated controls. The company said it has conducted more than 200 test flights of the new system.

A Boeing spokeswoman said the company is addressing FAA requests for additional information on its software update, which was completed last week.

“Once the requests are addressed, Boeing will work with the FAA to schedule its certification test flight and submit final certification documentation,” Tracey Shelton said. “We have been working closely with the FAA and other global regulators on the process they have laid out for certifying the updated MAX software, along with the associated enhanced pilot training and education that will help prevent accidents like these from happening again.”

Air Canada and WestJet Airlines Ltd., both of which have several of the grounded planes and dozens more on order, have said they hope to resume flying the 737 Max by the late summer.

Possibly slowing the plane’s recertification are the plans of some governments – including Ottawa – to conduct their own assessments of the changes to the automated controls and the pilot training requirements and manuals. Mr. Garneau has also said training for Canadian pilots on the updated software should include time in a flight simulator.

Civil aviation officials from Transport Canada are among the 57 delegates from 33 countries in Texas to hear from and question the FAA on the tests and standards the updated systems are required to meet.

Peter Fitzpatrick, a spokesman for Air Canada, said Thursday that the Montreal-based carrier does not have any timeline for when the planes will return to the skies and that it is too soon to discuss the costs of replacing the planes and the plans to recover those costs.

Morgan Bell, a WestJet spokeswoman, said the Calgary-based carrier is in continual contact with Boeing, Transport Canada and other regulators on how and when to reintroduce the planes.

“The continued grounding of the Max aircraft has led us to take further steps to adjust our schedule through July 3, 2019,” Ms. Bell said. “As the timeline of the Max grounding remains unknown, pre-emptive updates to our flight schedule have been made to reduce the number of last-minute cancellations and disruption.”

As a result of the groundings, airlines have cancelled thousands of flights, deleted some routes and scrambled to replace much of the lost seat capacity, including extending leases, sharing fares with other carriers and increasing the pace at which other planes are added the fleet.

Canadian airlines are among the world’s biggest buyers of the 737 Max, an updated version of a passenger jet that first flew in the 1960s. Air Canada and WestJet ordered dozens of the planes as part of their fleet renewal when they were looking for jets with lower operating costs and better fuel efficiency. Air Canada has parked its 24 Max planes and is waiting on another 37. WestJet operates 13 of the planes and has 44 on order. Sunwing Vacations Inc. has four of the jets. 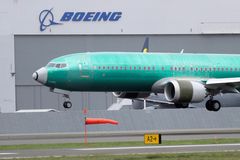 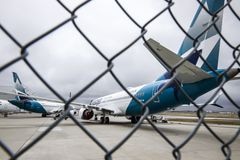 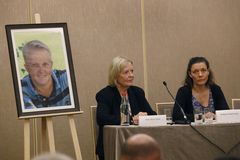