European capital goods companies are starting to show the strain of Washington’s trade conflicts with China and other countries, as tariffs push up costs for machine parts and raw materials and threaten to worsen supply bottlenecks.

Makers of machines that rely on thousands of small parts from around the world - from Swedish lawnmower maker Husqvarna to wind-turbine manufacturer Siemens Gamesa - are feeling the effects on their supply chains.

Carmakers, directly in the firing line with tariffs on cars built in the United States for export to China hiked to 40 percent, have already raised the alarm on profits and price hikes.

But analysts estimate that between 65 and 80 percent of the $34 billion of affected goods shipped from the United States to China are not sold directly to consumers but are rather key components used in other products.

“While some of the ‘direct’ financial exposures are quite limited, we believe that it is the ‘indirect’ effects that could be more meaningful,” Morgan Stanley capital goods analysts Ben Uglow and Lucie Carrier wrote in a note published this week.

“So far, most companies have not provided much details regarding the risks related to these tariffs whether this is in terms of their supply chain or direct exposure - and we see this situation as an overhang to our sector currently.”

Investors in European capital goods companies, which have been riding a wave of global economic growth, have not really flinched so far.

After the U.S. announced steel and aluminium tariffs on March 8, investors fled industrial funds during March and April. But they made a U-turn and returned in May, Thomson Reuters Lipper data showed.

Furthermore, the Dow Jones European industrial goods and services index has outperformed the wider European stocks index by 2 percent since the latest tariffs were imposed on July 6.

Michael Nicol, European equities investment manager at Scottish asset manager Kames Capital, is an outlier, having significantly cut exposure to the industrial sector over the past nine months, also due to already-full valuations.

“It is impossible to accurately predict the final outcome of the various proposed tariffs but for the portfolio manager clearly market and stock specific risk has increased,” he said.

Morgan Stanley estimates that machinery, engineering and lighting groups are most vulnerable to tariffs among European capital goods companies.

The new U.S. tariffs impose duties of up to 25 percent on 818 categories of Chinese goods ranging from plastic tubings and parts used for connectors to printed circuit boards and medical imaging equipment.

Supply for electrical goods firms is most at risk, Morgan Stanley says, as China makes nearly half of the world’s printed circuit boards, used in computers to transformers to medical equipment, and a fifth of all electronics.

German industrial group Siemens said on Thursday it saw a risk that its customers would slow spending because of supply-chain issues.

“We see potential clouding on investment dynamics due to geopolitical tensions in some areas,” finance chief Ralf Thomas told analysts.

“In particular, threats to free trade by tariffs are an area of concern. The global supply chains are deeply interconnected, and it’s of utmost importance to have reliable framing conditions to foster confidence and economic growth,”

A few firms have started to indicate how they may handle the new reality.

Medical technology company Siemens Healthineers is changing its supply routes to ship parts from its European factories instead of its Chinese factories to the United States, where it assembles final goods.

“We have the ability to redirect supply from China via Europe to U.S. so (that) we do not see a significant impact from the tariffs topic,” CFO Jochen Schmitz told journalists on a results call on July 30.

For example, Healthineers has two sites where it manufactures the superconducting magnets used in its MRI systems: one in Oxford in England and one in Shenzhen in China.

Husqvarna is seeking to switch sourcing for lawnmower components and engines that it imports from China and other Asian countries, while food-processing equipment maker GEA said it would look at reshuffling its procurement of Chinese parts used in its new equipment and service units.

The most common response so far, however, is raising prices, especially among those who require large amounts of steel and aluminium, which have become more expensive in the United States because of tariffs on Chinese and European metals.

“We have inflation popping up everywhere in our procurement... and we need to make sure that we absorb the impact of tariff increase,” Deputy CEO Emmanuel Babeau told analysts. “We are going to accelerate further on price increases.”

But that is a dangerous strategy with a risk of hurting demand.

Siemens Gamesa, already hit by the phasing out of government subsidies, said it was unlikely to be able to pass on the higher steel costs for wind turbine generators.

“We are operating in very competitive markets,” CFO Miguel Ángel López told analysts during an earnings call last week. “The likelihood that we can pass through the effects into prices - I would consider this one rather low.” 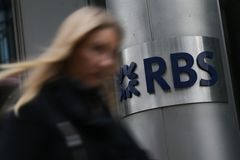 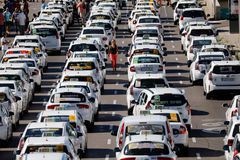 Bank of England raises rates above crisis lows, signals no rush for next hike
August 2, 2018 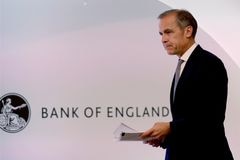