Canadian farmers have been caught up in an escalating trade war waged by the United States and China.

China’s threat to levy import tariffs on U.S. soybeans sent the price of the oilseed down by as much as 6 per cent in Chicago on Wednesday, a plunge that will be felt by Canadian growers. That’s because the prices Canadian soybean farmers receive are based on U.S. markets.

Markus Haerle, who grows soybeans, canola and wheat on 2,000 acres east of Ottawa, said the impact on Canadian farmers would be “significant.”

In addition to lower prices, a big worry is the prospect of competing with U.S. growers for important markets in Europe and Japan, and even in Canada, said Mr. Haerle, chairman of Grain Farmers of Ontario.

“The soybeans that are being produced in the United States will have to find a home somewhere,” he said. “So the biggest concern is they will probably choose to go into the European Union market, where we are already a player, and also some Asian countries where we are a big player. The surplus might make its way into Canada and flood our markets also.”

Mr. Haerle said farmers had expanded their soybean acreage in response to rising prices, and it is too late to change plans for this growing season.

Growers have already bought their seeds and fertilizers for what is a key part of most farms’ three-crop rotation − wheat, corn and soybeans. “We can’t just turn around and bring it back to the retailer,” Mr. Haerle said by phone.

Aaron Goertzen, senior economist at Bank of Montreal, said Canadian producers are cushioned by a weaker currency, but still face lower prices and the prospect of cheaper U.S. competition.

“There’s a temptation to think of this as an opportunity for Canada to get deeper into China, but … it’s not really that simple for Canadian producers,” he said in an interview. “Crop prices across the board are pretty weak already. This just adds to the pressure.”

China’s plan, which includes possible tariffs on soybeans, beef, airplanes, cars and chemicals, is a retaliation against U.S. levies on imports of Chinese steel, aluminum and a range of consumer goods.

China buys more than one-third of the U.S. soybean crop, which has surpassed corn as the biggest by acreage. The heightening trade tensions rattled the U.S. farm belt − home to much of U.S. President Donald Trump’s base − and sent stocks falling.

Markets were down earlier in the day, but recovered later. On Wall Street, the Dow Jones industrial average ended the day up 0.96 per cent, while the S&P 500 closed 1.16-per-cent higher. In Toronto, the S&P/TSX Composite Index was down 0.11 per cent.

Soybeans were Canada’s third-biggest crop by acreage in 2017, after wheat and canola. The crop is processed as oil and meal mainly as feed for pigs and other livestock, but has a much smaller demand for human consumption.

Dan Norcini, a commodities trader in Idaho, said Brazil can replace the United States as a soybean seller to China, even if the country’s supply chain is hobbled by poor infrastructure. “It’s pretty easy to substitute. Every year, we read about logistical jams [in Brazil], but every year, they modernize a little more. They’ll get them out out of there.”

Mr. Norcini said prices for other oil-seed crops − canola and palm dates - will fall along with those of soybeans. A flood of speculators and investment funds looking to get out of the agriculture market will only deepen the plunge, he said. 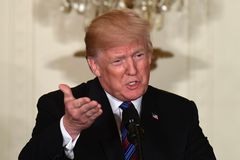 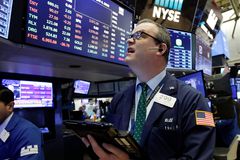 A trade war will leave markets with few winners
April 4, 2018 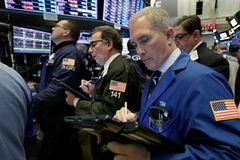