The reports on Friday from the Commerce Department, however, likely do not signal a recession is looming as consumer spending remains supported by solid income growth, thanks to the lowest unemployment rate in nearly 50 years and a huge savings buffer.

But the data also showed underlying inflation perking up by the most in seven months on an annual basis in August, which economists said could put the Federal Reserve in a difficult position as it seeks to keep the longest economic expansion on record, now in its 11th year, on track.

The Fed last week cut interest rates for the second time this year, citing the ongoing risks from the Trump administration’s nearly 15-month trade war with China and slowing global growth. The U.S. central bank lowered borrowing costs in July for the first time since 2008.

“We still expect the Fed will cut rates in the fourth quarter, but squaring this soft read on the consumer, business investment and a slight rebound in underlying inflation admittedly pulls the Fed in opposite directions,” said Tim Quinlan, a senior economist at Wells Fargo Securities in Charlotte, North Carolina.

Consumer spending, which accounts for more than two-thirds of U.S. economic activity, edged up 0.1 per cent last month as an increase in outlays on recreational goods and motor vehicles was offset by a decrease in spending at restaurants and hotels.

Data for July was revised slightly down to show consumer spending increasing 0.5 per cent instead of the previously reported 0.6 per cent advance. Economists polled by Reuters had forecast consumer spending gaining 0.3 per cent last month.

Consumer spending has been blunting some of the hit on the economy from the U.S.-China trade war, which has sunk business investment and manufacturing.

But with tariffs on Chinese goods broadened to include consumer goods, spending is slowing. There are worries that weak business investment and sluggish profit growth could constrain companies’ ability to continue hiring more workers, and undermine consumer spending.

The tariffs are causing anxiety among consumers. Consumer confidence dropped significantly in September, a survey from the Conference Board showed this week.

A survey from the University of Michigan on Friday showed a small increase in sentiment this month, with consumers voicing rising levels of “economic uncertainty.”

“Consumer spending had been robust somewhat earlier in the year so slowing is not too surprising,” said Daniel Silver, an economist at JPMorgan in New York. “But this cooling is happening a little more quickly and significantly than we had expected.”

The dollar was flat against a basket of currencies, U.S. Treasury prices were mixed. Stocks on Wall Street eased.

In another report on Friday, the Commerce Department said orders for non-defense capital goods excluding aircraft, a closely watched proxy for business spending plans, dropped 0.2 per cent in August, weighed down by weak demand for electrical equipment, appliances and components, and computers and electronic products.

Shipments of core capital goods rose 0.4 per cent last month after falling 0.6 per cent in July. Core capital goods shipments are used to calculate equipment spending in the government’s gross domestic product measurement. Business investment declined at its steepest pace in 3-1/2 years in the second quarter.

Fed Chair Jerome Powell last week said trade policy tensions, which “have waxed and waned, and elevated uncertainty is weighing on U.S. investment and exports,” adding that U.S. central bank contacts had told policy-makers that trade policy uncertainty “has discouraged them from investing in their businesses.”

The weak core capital goods data and tepid consumer spending led economists to cut their third-quarter GDP estimates by as much as six-tenths of a percentage point to as low as a 1.3 per cent annualized rate. The economy grew at a 2.0 per cent rate last quarter, slowing from the January-March quarter’s brisk 3.1 per cent pace.

The Commerce Department also reported that consumer prices as measured by the personal consumption expenditures (PCE) price index, excluding the volatile food and energy components, edged up 0.1 per cent last month after rising 0.2 per cent in July. That lifted the annual increase in the so-called core PCE price index to 1.8 per cent in August, the biggest gain since January, from 1.7 per cent in July.

The core PCE index is the Fed’s preferred inflation measure and is just below the central bank’s 2 per cent target.

Consumer spending last month was supported by a 0.1 per cent gain in purchases of goods, which was driven by outlays on recreational goods and motor vehicles. Spending on services increased 0.2 per cent.

Personal income rose 0.4 per cent in August after nudging up 0.1 per cent in the prior month. Wages increased 0.6 per cent, but personal interest income fell for a second straight month because of the rate cuts. Income at the disposal of consumers after taxes increased a solid 0.5 per cent.

With income growth outpacing spending, savings rose to $1.35 trillion from $1.29 trillion in July. The saving rate increased to 8.1 per cent last month from 7.8 per cent in July. With the exception of July, the savings rate has held above 8.0 per cent this year.

“This is about double what would be predicted based on the strength of household balance sheets and the low level of interest rates, which discourages savings,” said Michelle Girard, chief U.S. economist at NatWest Markets in Stamford, Connecticut. “Wages and salaries have outpaced expenditures this year, giving consumers a good amount of cushion to sustain spending if or as the economy slows.” 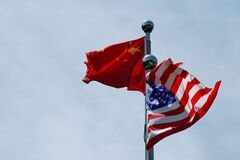 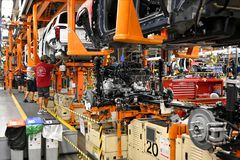