U.S. manufacturing activity accelerated to more than a 14-year high in August, boosted by a surge in new orders, but increasing bottlenecks in the supply chain because of a robust economy and import tariffs could restrain further growth.

The Institute for Supply Management (ISM) survey was at odds with another survey published on Tuesday that suggested a peak in manufacturing and pointed to a slowdown in the months ahead against the backdrop of a strong dollar. Recent surveys have also signaled a cooling in regional factory activity.

“The surge in the ISM manufacturing index is difficult to square with other evidence, which indicate that growth in the factory sector has started to slow,” said Michael Pearce, a senior U.S. economist at Capital Economics in New York.

“With export orders now waning as a result of the dollar’s rapid appreciation over the past few months, we still think that growth in the factory sector will slow in the coming quarters.

The ISM said its index of national factory activity jumped to 61.3 last month, the best reading since May 2004, from 58.1 in July. A reading above 50 indicates growth in manufacturing, which accounts for about 12 per cent of the U.S. economy.

The ISM described demand as remaining “robust,” but cautioned that “the nation’s employment resources and supply chains continue to struggle.” According to the ISM, survey respondents were “again overwhelmingly concerned about tariff-related activity, including how reciprocal tariffs will impact company revenue and current manufacturing locations.”

President Donald Trump’s “America First” trade policy has led to an escalating trade war with China and tit-for-tat import tariffs with other trading partners, including the European Union, Canada and Mexico.

Trump has defended the duties on steel and aluminum imports and a range of Chinese goods as necessary to protect American industries from what he says is unfair foreign competition.

Economists have warned that the tariffs could disrupt supply chains, undercut business investment and slow the economy’s momentum. The economy grew at a 4.2 per cent annualized rate in the second quarter, almost double the 2.2 per cent in the January-March period.

The dollar rose against a basket of currencies, while prices of U.S. Treasuries fell. Stocks on Wall Street were trading lower.

The ISM’s new orders sub-index increased to a reading of 65.1 last month from 60.2 in July. A measure of export orders, however, fell in August, likely reflecting the dollar’s more than 5.0 per cent rise this year against the currencies of the United States’ main trade partners.

The survey’s supplier deliveries index jumped to a reading of 64.5 last month, highlighting the rising bottlenecks in the supply chain, from 62.1 in July. It hit a 14-year high of 68.2 in June. Economists said the strong economy, marked by a labor market that is near or at full employment, as well as the import duties were behind the delays in deliveries.

“Bottlenecks in production will support inflation, but the constraints have yet to become overly binding,” said Ryan Sweet, a senior economist at Moody’s Analytics in West Chester, Pennsylvania.

Factories reported hiring more workers last month, with production increasing sharply. That bodes well for August’s employment report, which is scheduled to be released on Friday. Manufacturing payrolls have increased solidly this year.

In the computer and electronic products industry, manufacturers said most suppliers were “waiting to re-evaluate potential price increases until September.”

Machinery manufacturers said while raw material costs appeared to be “leveling off,” and most suppliers “are willing and able to suppress cost increases,” the impact of tariffs remained a concern.

In a separate survey on Tuesday, data firm Markit said its U.S. manufacturing PMI fell to a nine-month low of 54.7 in August from a reading of 55.3 in July. Manufacturers reported a decline in new orders, with exports the main source of weakness.

Markit said some of the slowdown in factory activity reflected widespread shortages of inputs, hauliers and labor, leading to a further build-up of backlogs of work.

“When we look across the recent survey data, it appears that activity has cooled somewhat lately, but remains at a solid level,” said Daniel Silver, an economist at J.P. Morgan in New York.

A third report from the Commerce Department showed construction spending barely rose in July as increases in homebuilding and investment in public projects were overshadowed by a sharp drop in private nonresidential outlays. 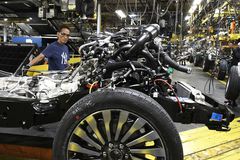 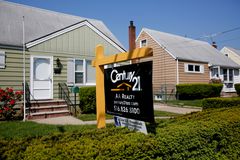