U.S. factory activity slowed for a second straight month in April, with manufacturers complaining about rising commodity prices in the wake of the Trump administration’s tariffs on steel and aluminum imports.

The Institute for Supply Management (ISM) survey published on Tuesday also showed shortages of skilled workers, which together with the proposed import tariffs were causing bottlenecks in the supply chain.

Rising raw material costs are the latest indication that inflation pressures are building and could attract the attention of Federal Reserve officials who began a two-day policy meeting on Tuesday. Data on Monday showed a jump in annual inflation rates in March. In addition, wages grew at their quickest pace in 11 years in the first quarter.

“It supports our view that the Fed will raise interest rates three additional times this year,” said Ryan Sweet, a senior economist at Moody’s Analytics in West Chester, Pennsylvania. “The Fed is underestimating the amount of developing inflation pressures.”

The U.S. central bank is not expected to raise interest rates when it concludes its meeting on Wednesday. The Fed increased borrowings costs in March and has forecast at least two more rate hikes for this year.

The ISM said its index of national factory activity dropped to a reading of 57.3 last month from 59.3 in March. A reading above 50 in the ISM index indicates growth in manufacturing, which accounts for about 12 per cent of the U.S. economy.

The survey’s prices paid index increased 1.2 points to 79.3, the highest reading since April 2011. Last month, price increases occurred across 17 of 18 industry sectors. Machinery manufacturers said tariffs had increased prices for steel and other materials. They reported that “a lot of suppliers are asking for increases, and the team is battling those requests.”

President Donald Trump imposed a 25 per cent tariff on steel imports and a 10 per cent tariff on aluminum in March. However, on Tuesday he postponed imposition of the tariffs on Canada, Mexico and the EU until June 1 and reached agreements for permanent exemptions for Argentina, Australia and Brazil.

Miscellaneous products manufacturers described the tariffs as “very concerning” and said “business planning is at a standstill until they are resolved.” Manufacturers of fabricated metal products said the steel tariffs had made it difficult to source material, “and we have had to eliminate two products due to availability and cost of raw material.”

“Tariffs could add downside risks to factory production and increase input costs in the months ahead,” said Scott Anderson, chief economist at Bank of the West in San Francisco.

The ISM’s measure of factory employment dropped in April. Transport equipment manufacturers said while business was robust, capacity constraints were a headache. They described labour as remaining “tight and getting tighter.”

Those sentiments were also shared by food, beverage and tobacco products manufacturers who said shortages of trucks and drivers had impacted delivery times.

Despite the second straight monthly drop in the ISM index, manufacturing remains underpinned by a firming global economy as well as a weakening U.S. dollar, which is boosting the competitiveness of American-made goods on the global market.

Stocks on Wall Street fell as investors worried about inflation. The dollar was trading higher against a basket of currencies while prices for U.S. Treasuries slipped.

A separate report from the Commerce Department showed construction spending unexpectedly fell in March as a sharp decline in home building and renovations led to the biggest drop in investment in private construction projects in more than seven years.

In March, spending on private construction projects declined 2.1 per cent. That was the largest fall since January 2011 and followed a 1.2 per cent increase in February.

Outlays on private residential projects plunged 3.5 per cent, the biggest drop since April 2009, after advancing 1.2 per cent in February. Spending on both single and multi-family housing projects fell in March. Spending on home renovation dropped 8.0 per cent last month.

Economists expected the construction data would subtract one-tenth of a percentage point from the government’s 2.3 per cent annualized growth rate estimate for first-quarter gross domestic product, which was published last Friday.

“We expect residential construction spending to grow in 2018 on our thesis that while home building is being constrained by supply issues, the demographic demand for housing units exceeds supply,” said John Ryding, chief economist at RDQ Economics in New York. 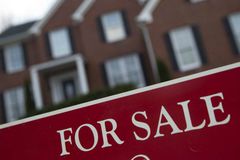 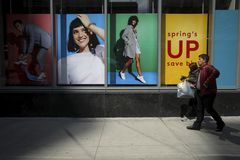 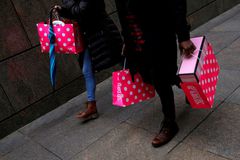