The Surface Transportation Board on Tuesday rejected CN’s proposal to create a voting trust in which it planned to operate KCS while it applies to the STB for approval of the takeover itself. “The board has determined that the proposed voting trust is not consistent with the public interest standard under the board’s merger regulations,” the STB said in a statement.

The STB’s unanimous decision throws into question CN’s US$29.8-billion bid for the U.S. railway announced in May, and is expected to allow rival bidder Canadian Pacific Railway Ltd. to re-enter the battle to build a network that links Canada, the United States and Mexico.

CN and KCS “have failed to establish that their use of a voting trust would have public benefits, and the board finds that using a voting trust, in the context of the impending control application, would give rise to potential public interest harms relating to both competition and divestiture. Accordingly, applicants’ motion to approve the use of a voting trust will be denied,” the STB said.

Voting trusts are features of some U.S. takeovers that are intended to preserve the independence and viability of an economically important company during the lengthy period in which regulators review the application for approval of the deal. Shareholders of the target company see an immediate benefit by selling their shares into the voting trust, which then operates the company independently of the would-be buyer. If the takeover is rejected, the company is put up for sale.

The STB cited opposition from large rail customers, who argued CN would have no incentive to compete on prices and services with a KCS that is held in a trust. Shippers told the STB they worry about “irreversible and adverse” damage to the rail industry and service if CN abandoned the takeover or it was rejected. Others feared CN would break up KCS if the takeover didn’t happen, eliminating network links with other railways.

“Many rail users said they are concerned that the 45-per-cent price premium CN has offered to acquire KCS, and the related debt burden it will incur to finance the purchase, would create incentives for CN to charge higher prices to current customers or decrease investment in CN’s network in order to improve financial performance,” the STB said.

CP has offered US$27.2-billion, or US$300 a share, for KCS, and has already received STB approval for its voting trust. The STB has said a potential CP-KCS merger would receive less scrutiny than a CN-KCS deal, given the smaller size of CP. A merger between CP and KCS would have the least impact on competition.

A major CN investor called for the resignations of CN’s chairman, Robert Pace, and chief executive officer JJ Ruest on Tuesday. In a letter to CN’s board of directors, billionaire hedge fund manager Christopher Hohn, whose Britain-based TCI Fund Management Ltd. owns 5 per cent of CN and 8 per cent of CP, urged CN to abandon its pursuit of KCS.

“Appealing the ruling, or continuing without a voting trust would be an expensive and undignified charade,” Mr. Hohn wrote in the letter, a copy of which was obtained by The Globe and Mail.

“From the start, it has been clear and obvious the bid would fail,” he said. “That the board sanctioned the bid, together with potential fees of C$2-billion, is an egregious failure of oversight and there must be accountability. CN needs a change of senior management and a shake-up of the board. That process should begin today.”

In a statement, CN said it is “disappointed” by the STB decision and is “evaluating” its options. “We remain confident that our pro-competitive, end-to-end combination is in the public interest and that it would offer unparalleled opportunities and benefits for customers, employees, the environment and the North American economy,” CN said.

CN and KCS’s next moves were not immediately known. KCS shareholders, who are scheduled to vote on the CN takeover bid on Sept. 3, face a choice of approving a CN offer that does not come with the immediate payout a voting trust would present, or waiting to pursue a cheaper offer from CP that has a higher likelihood of approval.

CN must pay KCS a termination fee of US$1-billion if it drops the offer, on top of the US$700-million it paid KCS to break an earlier CP agreement.

STB rulings can be appealed to the U.S. Court of Appeals. However, appealing a unanimous decision by a regulator while awaiting a ruling on the takeover from the same regulator would place CN in an awkward situation. And given the public interest concerns the STB raised, CN’s takeover appears to be a long shot, said Cameron Doerksen, a National Bank stock analyst.

“CN can theoretically attempt to move forward with a merger without the use of a voting trust, but ... the KCS board and shareholders are likely much better served by accepting a merger offer from CP that has a high certainty of financial close, since CP’s trust is already approved, versus proceeding with CN and risking a merger being rejected by the STB,” Mr. Doerksen said.

In a statement, CP said it notified KCS its offer stands. “The STB decision clearly shows that the CN-KCS merger proposal is illusory and not achievable,” CP CEO Keith Creel said. “Knowing this, we believe the Aug. 10 CP offer to combine with KCS, which recognizes the premium value of KCS while providing regulatory certainty, ought to be deemed a superior proposal.”

KCS did not respond to a request for comment.

Both Canadian railways are competing to expand their routes and link three countries that trade largely tariff-free. KCS has 6,500 employees and an 11,400-kilometre network that runs south from Springfield, Ill., to U.S. and Mexican ports on the Gulf of Mexico and the Pacific Ocean.

The battle for KCS kicked off in March, when the railway based in Kansas City, Mo., and CP said they had a US$25.2-billion deal for Calgary-based CP to take over the company to form a railway called CPKCS.

CN made a richer offer of US$29.8-billion. In May, KCS’s board accepted the CN deal.

CP refused to abandon the chase, despite being outbid. Mr. Creel said he would not saddle CP with debt to engage in a bidding war. But on Aug. 10, he raised the share component of CP’s offer, and repeated his argument that CP’s deal was the only one that stood a chance of being approved by the STB. The new bid increased the share exchange ratio but not the cash component of US$90 a share. 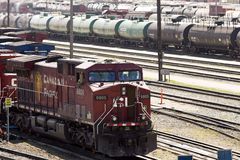 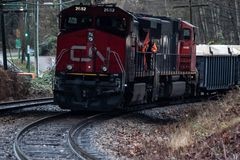 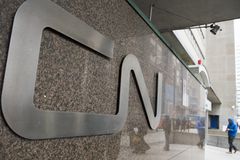