PayBright, a Canadian provider of a fast-growing form of financing for e-commerce customers, has been sold to San Francisco-based Affirm Holdings Inc. for $340-million in cash and equity, on the eve of Affirm’s initial public offering.

Toronto-based PayBright is one of a number of global startups offering “buy-now-pay-later” financing for online purchases. Brands such as Affirm, Sezzle, QuadPay, Klarna, Afterpay and others are becoming much more common online. While traditional bricks-and-mortar retailers offered instalment plans in the past for big-ticket items such as couches, cars or diamond rings, the new buy-now-pay-later plans allow shoppers to spread out payments for less-expensive items such as jeans and makeup.

Affirm, which has filed to go public on Nasdaq, booked US$509.5-million in revenue during its fiscal year ended June 30, nearly double the previous year’s level. The PayBright deal, announced on Thursday, is expected to close early next year.

Companies like PayBright make money by charging fees to retailers, who pay to offer instalment plans because they can result in higher “conversion” of online browsers to buyers, as well as higher average spending by customers.

While many buy-now-pay-later companies offer zero-interest plans, some charge interest to shoppers, and late fees to those who do not make payments on time. Affirm and PayBright do not currently charge late fees, but do have some plans that charge interest.

PayBright has grown rapidly, more than doubling the amount of funded purchases, on average, over the past five years. In 2020 it has signed merchants including Dynamite/Garage, Samsonite, Nautilus, Sephora and Hudson’s Bay. PayBright is used by more than 600,000 customers of 7,000 retailers in Canada.

Its growth accelerated during the pandemic as consumers increasingly shopped online from their homes, chief executive Wayne Pommen said in a recent interview. “Almost every month of this year has been a new record, and we took a really big step up in the last couple months as well,” he said. The company has increased its employee ranks by about 50 per cent this year, to 180 people.

But PayBright also operates in an increasingly crowded space. Financing offers have become ubiquitous online, funded by global operators that have increasingly turned their attention to Canada.

PayBright attracted “significant acquisition interest” from foreign and domestic players, Mr. Pommen said in a recent interview. One of those was Affirm, which partnered this year with Shopify Shopify to provide buy-now-pay-later financing for the Ottawa retail commerce software giant’s U.S. merchants.

“We are very proud of what we’ve built in Canada over the past few years, and we now see huge benefits in coming together with Affirm and being part of an international platform,” Mr. Pommen said in an e-mailed statement.

Affirm CEO Max Levchin said in a release that the PayBright acquisition provides “the opportunity to expand our footprint across North America and scale our platform,” adding PayBright’s merchant base “complements our own customer network.”

PayBright was founded under another name in 2009, initially providing instalment payment offers for health care providers such as dentists and veterinarians. It rebranded in 2015 after Mr. Pommen, previously a private-equity financier, bought into the company. Under the new name PayBright, it began to cater to a wider retail market beyond health care, with a particular focus on e-commerce.

PayBright offers different products to retailers: a monthly purchase plan, where retailers could offer a six-month or even a 36-month payback period, and a “pay-in-four” plan with four payments bi-weekly, starting one month after the purchase. 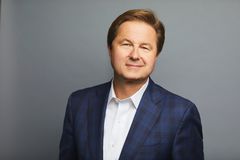