Guacamole, tortillas and hot sauce may be harder to come by in Canada if U.S. President Donald Trump imposes tariffs on imports from Mexico.

Restaurateurs and food distributors are concerned the proposed tariffs could cause price increases or delivery delays in Mexican food and beverages imported to Canada.

Mr. Trump said last week that Mexico must do more to stop the flow of illegal migrants into the United States or deal with a 5-per-cent tariff on exports to the U.S. starting June 10, increasing to as much as 25 per cent by the fall.

For Toronto-based food supplier Olmex Foods Ltd., this could mean that customers pay more for corn tortillas, the company’s most popular item.

While nearly all of Olmex’s food and beverages are sourced from Mexico, most of the products are shipped from the United States. Many of the salsas, pop drinks and canned vegetables are sent from Mexico to the U.S. for manufacturing and packaging, and then sent to food suppliers. The ingredients would be subject to tariffs, causing producers to raise prices.

“Our U.S. suppliers are speculating that prices might go up,” said procurement manager Manuel Limares. “They are worried that they will be buying the same products [from Mexico] that they have right now at a higher price in the next few weeks.”

Olmex estimates it may need to raise prices 2 to 3 per cent if tariffs reach more than 10 per cent. But since that won’t cover all of the higher costs, ultimately the company will have to swallow a hit to its profit margins, Mr. Limares said.

To curb cost hikes, Olmex is considering sourcing products directly from Mexico instead of American suppliers.

Some food distributors are more concerned about delays in the case where they need to bring in products by ship instead of truck, which typically arrives three to four days after placing an order.

The alternative shipping route could cause delays of up to a month, according to Toronto-based Fiesta Wholesale, whose most-requested items include hot sauce, guacamole and corn flour.

“By boat, it takes too much time,” Fiesta owner Manuel Castillo said. “And there are products that I need immediately and I cannot wait. There are a lot of people here who love their hot sauce."

Even if products continue to be transported by truck, tariffs cause significant delays at the Mexico-U.S. border, according to the University of Guelph’s business of food professor Simon Somogyi.

“It’s going to be chaos at the border as customs agents try to do paper work and inspect goods and check final destination documents," he said.

As Mexican restaurants and bars have increased in popularity in Canada over the past decade, imports from the Latin American country have increased.

The total amount of processed food and beverage products that Mexico exports to Canada has more than doubled in the past decade, according to trade data from Agriculture and Agri-Food Canada. In 2018, Canada imported more than $1.14-billion in food and beverage items from Mexico, a 159 per cent increase since 2009.

Indirectly, tariffs could affect overall prices for produce. On the same day Mr. Trump announced the potential tariffs, avocado prices surged 4 per cent year-over-year, according to data by Bloomberg.

The U.S. sources avocados from Mexico to supplement California farm yields, which do not produce enough of the fruit to meet demand, according to the president of the Canadian Produce Marketing Association.

Despite the price spike, fresh fruits and vegetables such as avocados and pineapples are relatively insulated from tariffs, according to the Canadian Produce Marketing Association.

Trans-shipment rules under the North American free-trade agreement allow Mexican vegetables and fruit to be transported through the U.S. to Canada without being subject to tariffs.

“Mexican avocado sellers may say, ‘I’m not going to ship and sell in a tariff environment. I’m going to look for new markets'," he said. “And if they shift and increase the volume into Canada and other markets, it could drive down price.” 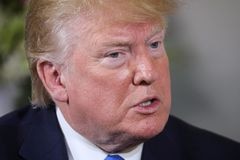 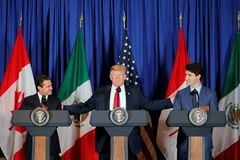 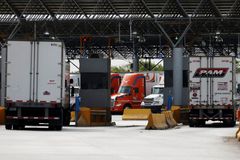