Jarrett Renshaw and David Lawder
WASHINGTON
Reuters
Published May 16, 2021 Updated May 17, 2021
For Subscribers
Comments
Text Size
Please log in to listen to this story. Also available in French and Mandarin. Log In Create Free Account

As U.S. Trade Representative Katherine Tai prepares to meet her Canadian and Mexican counterparts on Monday to review progress in the new North American trade agreement, she is under pressure from home builders and lawmakers to cut U.S. tariffs on Canadian lumber.

Shortages of softwood lumber amid soaring U.S. housing demand and mill production curtailed by the COVID-19 pandemic have caused prices to triple in the past year, adding US$36,000 to the average cost of a new single-family home, according to estimates by the National Association of Home Builders.

Republican lawmakers have taken up the U.S. builders’ cause, asking Ms. Tai during hearings in Congress last week to eliminate the 9-per-cent tariff on Canadian softwood lumber imports. Senator John Thune told Ms. Tai that high lumber costs were “having a tremendous impact on the ground” in his home state of South Dakota and putting homes out of reach for some working families.

The Trump administration initially imposed 20-per-cent duties in 2018 after the collapse of talks on a new quota arrangement, but reduced the level in December, 2020.

“The Biden administration must address these unprecedented lumber and steel costs and broader supply-chain woes or risk undermining the economic recovery,” said Stephen Sandherr, chief executive officer of the Associated General Contractors of America. “Without tariff relief and other measures, vital construction projects will fall behind schedule or be cancelled.”

The tariffs are allowed under the U.S.-Mexico-Canada Agreement on trade, which permits duties to combat price dumping and unfair subsidies.

The U.S. Commerce Department has ruled that lumber from most Canadian provinces is unfairly subsidized because it is largely grown on public lands with cheap harvesting fees set by Ottawa. U.S. timber is mainly harvested from privately owned land.

Ms. Tai said she would bring up the lumber issue with Canada’s International Trade Minister Mary Ng at the first meeting of the USMCA Free Trade Council, a minister-level body that oversees the trade deal.

But Ms. Tai told U.S. senators that despite higher prices, the fundamental dispute remains and there have been no talks on a new lumber quota arrangement.

“Our government believes a negotiated agreement is possible and in the best interests of both countries,” Ms. Han said in an e-mailed statement to Reuters.

But builders are growing frustrated with a lack of high-level engagement with high-level Biden administration officials on the issue as they watch lumber prices rise.

“They are clearly still gathering facts, which is even more frustrating given that this issue has been going on since before the election, before the inaugural,” said James Tobin, a vice-president and top lobbyist at the NAHB. 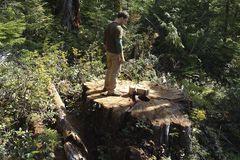 Lumber mania: How supply constraints in B.C. are colliding with insatiable demand in the U.S. to push lumber prices through the roof
Subscriber content
May 14, 2021 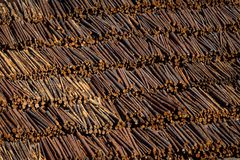 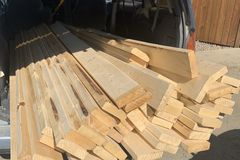