U.S. business investment contracted more sharply than previously estimated in the second quarter and corporate profit growth was tepid, casting a shadow on an economy that is being stalked by financial market fears of a recession.

The downturn in business spending has been blamed on the Trump administration’s nearly 15-month trade war with China. The soft investment and sluggish profit gains, reported by the Commerce Department on Thursday, could raise doubts on consumers’ ability to continue driving the economy.

Powell said U.S. central bank contacts had told policy-makers that trade policy uncertainty “has discouraged them from investing in their businesses.” The Fed cut interest rates again last Wednesday after lowering borrowing costs in July for the first time since 2008.

“Given the uncertainty in the economy, businesses are very cautious about spending in construction as well as equipment, and this is not a very good sign,” said Sung Won Sohn, a business economics professor at Loyola Marymount University in Los Angeles. “After all, businesses are the ones hiring people, providing income and the buying power for consumers.”

Business investment declined at a 1.0% annualized rate last quarter, the government said in its third reading of second-quarter gross domestic product. That was the steepest decline since the fourth quarter of 2015.

Business investment was previously estimated to have dropped at a 0.6% pace. It was pulled down by an 11.1% rate of decline in spending on structures, which reflected decreases in the categories of commercial and health care, and mining exploration, shafts and wells.

After-tax profits without inventory valuation and capital consumption adjustment, which correspond to S&P 500 profits, increased at a downwardly revised $59.7 billion, or 3.3% rate. Profits were previously reported to have advanced by $86.0 billion, or at a 4.8% rate in the second quarter.

There were downward revisions to profits from the rest of the world and domestic industry profits.

Gross domestic product increased at an unrevised 2.0% rate in the second quarter as the strongest consumer spending in 4-1/2 years offset weak exports and a slower pace of inventory investment. The economy grew at a 3.1% rate in the January-March quarter. It expanded 2.6% in the first half of the year.

But when measured from the income side, the U.S. economy grew at a 1.8% rate in the second quarter. Gross domestic income (GDI) was previously reported to have increased at a 2.1% pace in the April-June quarter. It rose at a 3.2% rate in the first quarter.

The average of GDP and GDI, also referred to as gross domestic output and considered a better measure of economic activity, rose at a 1.9% rate last quarter, rather than the 2.1% pace estimated last month. That was a slowdown from a 3.2% pace of growth in the first three months of the year.

Inflation was a little bit firmer than previously thought in the second quarter.

The dollar was flat against a basket of currencies, while U.S. Treasuries rose. Stocks on Wall Street were trading lower.

The economy is largely losing speed as the stimulus from the White House’s $1.5 trillion tax-cut package and a government spending blitz fades. Economists are forecasting growth this year around 2.5%, below the Trump administration’s 3% target.

Growth in consumer spending, which accounts for more than two-thirds of U.S. economic activity, surged at a 4.6% rate in the second quarter. That was the fastest since the fourth quarter of 2014 and was a slight downward revision from the 4.7% pace estimated last month.

Consumer spending is being driven by the lowest unemployment rate in nearly 50 years. A separate report from the Labor Department on Thursday showed initial claims for state unemployment benefits increased 3,000 to a seasonally adjusted 213,000 for the week ended Sept. 21.

Despite the strong labour market conditions, there are fears that a recent ebb in consumer confidence amid concerns about duties on Chinese consumer goods, which came into effect in September, could slow spending. Further tariffs are expected.

“If all the trade tariffs on China get pushed to 30% across the board then this will take a toll on U.S. economic growth next year, slowing the economy closer to the so-called 1% stall speed where bad things can happen,” said Chris Rupkey, chief economist at MUFG in New York.

There were minor revisions to trade and inventory investment estimates. Trade cut 0.68 percentage point from GDP growth last quarter and could remain a drag on GDP growth in the third quarter. A third report from the Commerce Department on Thursday showed the goods trade deficit rose 0.5% to $72.8 billion in August amid a rise in imports and small gain in exports.

Growth in inventories sliced off 0.91 percentage point from GDP growth last quarter as reported in August. Inventories could continue to weigh on output this quarter. The government also reported on Thursday that retail inventories were unchanged in August after rising 0.7% in the prior month.

Retail inventories, excluding motor vehicles and parts, the component that goes into the calculation of GDP, were also flat last month after increasing 0.4% in July. Government investment in the second quarter was raised as state and local government spending was much stronger than previously thought. Spending on home building contracted for a sixth straight quarter, the longest such stretch since the Great Recession. 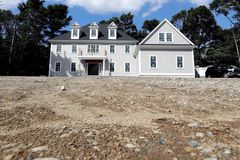 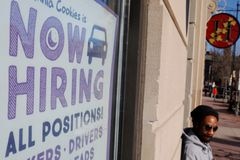 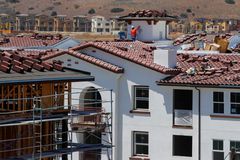