Users who lost money with bankrupt cryptocurrency exchange QuadrigaCX could have to wait until spring or summer of next year before receiving any funds back, according to two sources familiar with the matter.

Ernst & Young has been tracking down cash and cryptocurrency for months since the chief executive officer and sole director of Quadriga, Gerald Cotten, died on his honeymoon in India last December at the age of 30. The process has been hindered by a lack of documentation, missing passwords, encrypted devices and disputes with payment processors that handled transactions on behalf of Quadriga. Only Mr. Cotten knew the passwords to access the company’s cryptocurrency holdings, and he kept virtually no corporate records.

About 76,000 users held $214.6-million in cash and cryptocurrency with Quadriga when the company filed for creditor protection in January, according to Ernst & Young, the bankruptcy trustee. As of June, about $33-million had been retrieved.

But because of the high volume of claims and the amount of work involved in validating the information, funds may not start flowing until well into next year, the sources said. The Globe and Mail has granted the sources confidentiality because they were not authorized to discuss the issue. Ernst & Young declined to comment.

The trustee made progress securing additional funds last week after reaching a settlement agreement with Jennifer Robertson, Mr. Cotten’s widow, pending approval by an Ontario court. Ms. Robertson will transfer nearly all of her assets to Ernst & Young, including properties, a Cessna 400 airplane and 51-foot sailboat with three cabins called the Gulliver. The trustee plans to liquidate the assets, which it values at about $12-million.

Ernst & Young previously reported that, while operating Quadriga, Mr. Cotten appeared to have moved funds into personal accounts to margin trade on other exchanges, incurring significant losses. The trustee also said Mr. Cotten and Ms. Robertson used transfers from Quadriga to fund a lavish lifestyle, including frequent travel on private jets. Ms. Robertson said last week that she was unaware of Mr. Cotten’s “improper actions” and believed the assets were bought with money he legitimately earned.

Ali Mousavi, a 29-year-old Quadriga user based in Los Angeles who had $71,000 tied up with the exchange, said he’s disappointed with the recovery efforts so far, partly because of the trustee’s fees. “I’m very skeptical,” he said of the amount of money he could receive back. “I would say maybe 5 to 10 per cent."

One of the lingering mysteries is what information, if any, can be pulled from encrypted devices that belonged to Mr. Cotten, including two laptops, a desktop computer and a USB key. After Mr. Cotten died, Quadriga’s lawyer hired retired RCMP inspector Chris McBryan, now a consultant at McKalian Sensors Inc. in Kingston, Ont., to try to hack into the devices.

Mr. McBryan told The Globe in a recent interview that he spoke to family members, including Ms. Robertson and her stepfather, Thomas Beazley, to build a profile of Mr. Cotten to help him guess his passwords. He fingerprinted Mr. Cotten’s home in Halifax in case he used a biometric security measure, and hunted for scraps of paper on which he may have written the keys to cryptocurrency holdings. “Rather than throw words and numbers at the problem, we take all the known data in the case and use it to test for the password," Mr. McBryan said.

He managed to hack into 48 of Mr. Cotten’s accounts, including 10 devices, which he said helped lead to the recovery of a significant amount of funds. He said he never got the chance to attempt to access the encrypted laptop on which Mr. Cotten did most of his business, as the company filed for creditor protection in January and Ernst & Young took over.

The trustee has had limited success accessing the computers and the USB key, its reports say. Police could eventually try. The RCMP have opened an investigation and made a formal request to Ernst & Young to preserve Mr. Cotten’s original devices. The trustee said it expects that other law-enforcement agencies may also be seeking the devices.

A representative of the U.S. Department of Justice was in touch with Ernst & Young in March, but has yet to issue any subpoenas or formal requests for information. In June, the Federal Bureau of Investigation put up a website seeking to contact “victims” of Quadriga.

Ernst & Young has had more success retrieving money from third-party payment processors. Since Quadriga could not obtain corporate bank accounts, it relied on outside companies to cash in and pay out users. When Mr. Cotten died, millions of dollars were scattered among several payment processors, and the trustee had to obtain court orders in some cases to get information and funds belonging to Quadriga.

Disagreements have hampered these efforts. Ernst & Young reported that a payment processor called WB21, now known as Black Banx, held about $9-million and US$2.4-million on behalf of Quadriga. Black Banx said it held just $11.77 and US$5.53.

Black Banx has refused to provide supporting documents, according to Ernst & Young, and has not responded to a court order to turn over any property belonging to Quadriga.

A lawsuit in the United States could be adding further complications. In October, 2018, the U.S. Securities and Exchange Commission filed a civil case against the founder and CEO of Black Banx, Michael Gastauer, a resident of Switzerland. The SEC alleges Mr. Gastauer aided and abetted a US$165-million stock fraud, and through companies he controlled, circumvented banking regulations to hide his clients’ identities. (Mr. Gastauer rebranded WB21 as Black Banx a few months after the suit was filed.)

A lawyer representing the WB21 companies in the SEC lawsuit has denied the allegations, and said all funds are subject to an injunction imposed by the federal court in Boston. “Ernst & Young has made no requests to the court for any kind of relief,” said Timothy Cornell, a lawyer with Cornell Dolan, P.C. in Boston.

Mr. Gastauer did not respond to a request for comment. 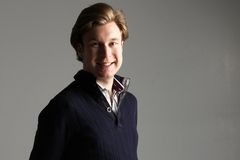 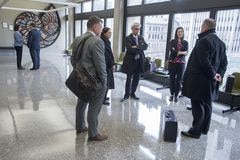