Valeant Pharmaceuticals International Inc. is changing its name to Bausch Health Companies Inc. as it works to move beyond the issues that tarnished its reputation and caused its market value to plummet.

The company, which has been working to turn itself around in recent years after facing political and regulatory scrutiny for its relationship with a mail order company and large increases to drug prices, said the switch will come in July and also involves changing its stock market ticker symbol to BHC on the Toronto and New York stock exchanges.

Once Canada’s most valuable company by stock market value, Valeant’s stock plunged by nearly 90 per cent in 2015 amid various controversies.

Chairman and CEO Joseph Papa said the company considered a number of options before determining that the chosen moniker reflects the full scope of its activities, including pharmaceuticals, medical devices and over-the-counter consumer products.

The name change only involves its corporate identity with brands such as Bausch & Lomb and Salix retaining their identities.

“I’m excited about this development because it signals we’ve reached an important point in the turnaround process with the steps we have taken are yielding concrete results and we are beginning to turn the page away from legacy issues that have been headwinds over the past years,” he said Tuesday during a conference call.

In the past two years, the company said it has completed more than a dozen divestitures and reduced its debt by more than 20 per cent or $6.9 billion, including $280 million in the first quarter.

The drugmaker also said it continues to resolve legacy legal issues, with roughly 20 lawsuits or investigations concluded so far this year.

They include a settlement for $1.88 million with the California Department of Insurance over the terminated relationship with mail-order pharmacy partner Philidor Rx Services. Valeant said it reached an agreement with no admission or findings of liability.

“Importantly, we’ve resolved cases that represent in the aggregate over $1 billion in alleged exposure and our team has been able to do this for substantially less than initially claimed amount of exposure,” Papa told analysts.

Valeant shares surged after it beat analyst expectations despite reporting a loss in its latest quarter as it took a $2.2-billion goodwill impairment charge related to its Salix and Ortho Dermatologics businesses.

Revenue totalled nearly $2 billion, down from nearly $2.11 billion a year ago with revenue from its top 10 products delivering more than 20 per cent revenue growth.

Organic revenues increased for the first time since the third quarter of 2015, rising two per cent, the company said.

The company was expected to report 59 cents per share in adjusted profits on $1.94 billion of revenues, according to analysts polled by Thomson Reuters.

Valeant also raised its outlook for the year.

Full-year adjusted earnings before interest, taxes, depreciation and amortization are expected to be in the range of $3.15 billion to $3.30 billion, up from $3.05 billion to $3.20 billion.

However, he said the company’s credit profile remains constrained by its high debt — in excess of $25 billion — and the unresolved Xifaxan patent challenge.

David Steinberg, managing director of Toronto-based investment bank Jefferies wondered if the strong first-quarter results could signal that a turnaround is beginning to take hold.

“A mountain of debt remains, but an operational turnaround appears to be in the works,” he wrote in a report.

Steinberg said reducing debt requires solid prescription growth for key products such as Xifaxan and other gastrointestinal brands and turning around dermatology with new product launches.

“It won’t be easy and major overhangs still remain. However, with about a 2.5 year runway, we increasingly think they have a decent chance.” 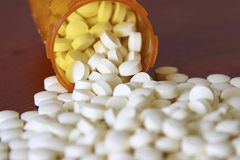 Opinion
Valeant’s pay approach as much a do-over for CEO as an inspiring tale of corporate responsibility
Subscriber content
April 30, 2018 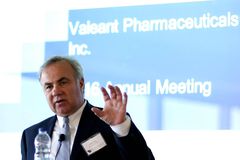 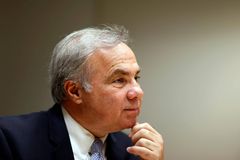