Canada’s largest cryptocurrency exchange is blaming a legal action by a major bank for delays some customers are experiencing while cashing out funds.

QuadrigaCX, which is based in Vancouver, says in court documents that it has been unable to access $28-million of its funds since January, when Canadian Imperial Bank of Commerce froze several accounts belonging to Quadriga’s payment processor, Costodian Inc., and its owner, Jose Reyes.

CIBC declined to comment on the case, which is before the courts. In a factum filed with the Ontario Superior Court of Justice, the bank says it froze the accounts after it was unable to determine who owns the funds. As a result, CIBC is asking that the court take possession of the disputed funds and decide whether they belong to Quadriga, Costodian or the 388 people who deposited money into the accounts to buy cryptocurrencies.

The case comes as some investors are pulling their money out of cryptocurrencies since the price of bitcoin fell more than 60 per cent. The case also illustrates some of the tension between the cryptocurrency world and the traditional banking system.

Quadriga says the bank was wrong to freeze the cash and claims it is the undisputed owner of the majority of the funds, according to court filings. In its factum, the exchange says it has already credited the accounts of the depositors with virtual currency, and alleges it is being unfairly targeted because of the stigma surrounding cryptocurrencies, which have earned a reputation as being a haven for money laundering.

“This court should not succumb to the bank’s unsubstantiated and highly offensive speculation that there must be shady dealings afoot because Quadriga’s business is a trading platform for individuals trading in cryptocurrencies,” the document reads.

None of the allegations has been proven in court. The case was heard over the summer, and the judge has reserved his decision, according to Quadriga’s lawyer, Margaret Waddell.

Last December, as the price of bitcoin soared to about US$20,000 and cryptomania gripped the world, CIBC saw a surge in activity in the Costodian accounts.

During the two-and-a-half month period between Dec. 4, 2017, and Feb. 20, 2018, 388 people deposited a total of $67.1-million into the accounts to buy virtual currencies, according to CIBC’s factum. Some of that money was later withdrawn, leaving about $28-million in the accounts.

Users buying cryptocurrencies through Quadriga’s platform are required to send money to the company through one of several channels, such as a bank draft, a wire or Interac e-transfer. Some of those deposits landed in Costodian’s accounts at CIBC. Once the money is received, Quadriga credits the depositor’s account with Quadriga Bucks, units that can be used to buy cryptocurrencies.

To withdraw their funds, users have options that include an electronic funds transfer, a bank wire or a gift card. Depending on which method is chosen, some of the requests are then processed by Billerfy Labs Inc., another company owned by Mr. Reyes.

In January, as the price of bitcoin was headed downward, CIBC froze two business accounts and three personal accounts belonging to Costodian and Mr. Reyes, according to the bank’s factum.

CIBC says in court documents that it had received wire recalls from seven of the 388 depositors and was not sure whether to honour the requests. CIBC says it tried to investigate, but was not able to resolve the matter. As a result, the bank is seeking what is known as an “interpleader order,” which would allow it to pay the money into court and have the justice system decide where it should go.

Quadriga wants the money released, arguing in its factum that it is the undisputed owner of the “vast majority” of the funds, save for one wire recall of $99,985.

CIBC “has been holding the respondents’ funds hostage since January 8, 2018 while it hopelessly attempts to find an ex post facto justification for wrongfully freezing and continuing to freeze the accounts in the first place,” Quadriga alleges in the court document.

Meanwhile, Peter Carey – the lawyer representing Mr. Reyes, Costodian and Billerfy – says in written arguments on behalf of his clients that there is “no evidence” of competing claims.

“The money should be released to be paid to its appropriate owners,” the document reads.

Quadriga chief executive Gerald Cotten says the legal matter has caused delays for a “small fraction” of the exchange’s 350,000 users, but did not provide specifics.

“There are currently delays for some specific withdrawal options, particularly due to the fact that CIBC is withholding tens of millions of dollars that belong to us that were in an account of one of our payment processors,” Mr. Cotten said in an e-mail to The Globe and Mail.

He added that customers can always transfer their funds back into cryptocurrency and send them to a different wallet or exchange to get their money out faster.

“Any user who wishes to withdraw funds via cryptocurrency can do so instantly, as has always been the case,” Mr. Cotten says.

The Globe has spoken to four customers who have waited months – well beyond the 14 business days they were promised – when attempting to withdraw cash from their Quadriga accounts. All asked for anonymity to protect their privacy.

Three of the customers eventually cancelled their withdrawal requests, moved the money back into cryptocurrency and transferred it to a rival exchange. The fourth does not want to incur the additional fees associated with such transactions. She has been waiting since July to withdraw her $12,000 investment.

Much like the cannabis sector in the early days, many cryptocurrency companies have complained that they are unable to secure bank accounts with the country’s largest and most reputable financial institutions, likely owing to the perception that money-launderers use the sector.

“The number of individuals in the bitcoin community that have been shut out of the banking system is staggering,” Mr. Cotten said in an e-mail.

The issue has become so heated that one cryptocurrency exchange, Toronto-based Coinsquare, recently issued a news release announcing that it has secured an official banking relationship with a Big 5 Canadian bank, although it declined to name the institution.

In communications with some of its clients, Quadriga blames the “Canadian banking cartel” for the delays some customers are experiencing. The Globe has obtained an e-mail dated Aug. 21, which was sent to an unknown number of clients, in which the company alleges that multiple large Canadian banks are “conspiring” to prevent it from transmitting funds from its savings accounts to its operational accounts in a deliberate attempt to “stifle bitcoin adoption" in the country.

Canada’s five biggest banks did not comment on the allegations. Four of them – Royal Bank of Canada, Bank of Montreal, Bank of Nova Scotia and CIBC – declined to comment, while Toronto-Dominion Bank did not respond to The Globe’s requests. 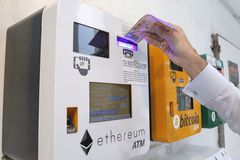 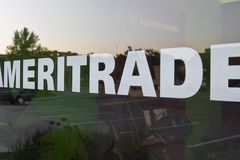 Recipe for startup success: Live with your staff
October 15, 2018 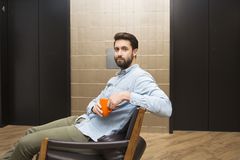