A Vancouver-area software firm that helps lawyers manage their practices over the internet has secured the largest single venture-capital financing in Canadian history.

Themis Solutions Inc., which operates as Clio, was set to announce Wednesday that American growth equity firms TCV and JMI Equity are investing a combined US$250-million ( in equity for a minority stake in the 11-year-old company based in Burnaby, B.C. The parties did not disclose how much of the proceeds will go to buy out existing shareholders.

The deal, valued at C$333.5-million, is the largest venture-capital investment for a Canadian company since 2000, according to figures provided by financial data firm Refinitiv.

Like many successful Canadian software firms, Clio is not a household name among consumers. It provides cloud-based programs to more than 150,000 lawyers, primarily at small and medium-sized firms in the United States, Canada and other English markets to manage their practices. Its main product provides time tracking, case management and billing capabilities.

Clio co-founder and chief executive Jack Newton said the financing “sets the stage for our next phase of growth, where we see the company evolving to become the operating system” for law firms, providing features to help them attract and sign up clients.

The deal comes during a banner year for Canada’s technology sector. According to financial data firm Refinitiv, Canadian companies raised $2.77-billion in venture capital in the first half of 2019, the most since 2001, adjusting for inflation.

The latest financing boom in Canada isn’t fuelled by vague promises about the internet’s untapped potential as it was two decades ago, but largely by software firms using the web to sell and deliver digital products to enterprise customers for real revenues.

“We were looking for the type of company that had strong, mission-critical software serving an underserved category,” said Amol Helekar, a principal with Silicon Valley-based TCV, an early backer of Netflix, Spotify and Airbnb. “We realized Clio built by far the strongest product that serves law firms [sitting] at the very core of how they manage their businesses.”

Mr. Newton maintained Clio had many years of potential growth as only 30 per cent of small legal firms use practice management software. “Our main competition in many ways is still pen and paper,” he said. While Clio, with more than 400 employees, doesn’t disclose financial information, revenue is believed to top US$50-million a year.

Mr. Newton and childhood friend Rian Gauvreau, who both grew up in Edmonton, co-founded the company in 2008, sparked in part by Mr. Gauvreau’s experience working as an information technology manager at a law firm. He and Mr. Newton, a software engineer, learned that smaller firms faced more ethics and malpractice complaints in part because they didn’t have good software tools to help them manage their businesses. They developed software to do that over the internet for an affordable sum, quickly gaining industry notice by winning a best-in-show award from the American Bar Association in 2008.

They struggled to raise money early on, drawing much of their initial support from German investors, including venture-capital firm Acton Capital. ”When you sell to small businesses, it takes a long time to get real traction,” said Vancouver-based Boris Wertz, who served on the Clio board on Acton’s behalf and later invested in Clio through his own Version One Ventures.

But after continued growth, Clio drew the attention of Boston’s Bessemer Venture Partners, one of the world’s top early investors in online software firms, which led a $20-million financing in 2014.

Jeffrey Feiner, a partner with Toronto’s Corman Feiner LLP, said his boutique litigation firm “wanted something that was cloud-based and would enable us to be as portable as possible” when it began using Clio in 2016.

Mr. Wertz said unsolicited entreaties from prospective investors picked up three years ago as Clio began to scale into a larger company, foreign venture capital flowed into Canada and other small business-oriented software firms such as Canada’s Shopify and Wave Financial attracted customers.

Matt Emery, a general partner with JMI, which has backed some of Canada’s most successful enterprise software startups including Eloqua, PointClickCare and Vena Solutions, said his firm saw in Clio “the type of investment we had success with before. … They have a massive opportunity in front of them. We view it as a big market that’s still highly underpenetrated.” 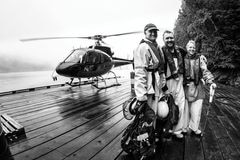 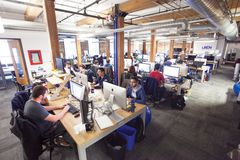