B.C. furniture e-commerce company Cymax Group Inc. is exploring going public as early as next spring, joining a string of Canadian digital companies doing the same as investor demand for tech stocks soars during the pandemic.

Burnaby-based Cymax, controlled by billionaire entrepreneur Markus Frind, has recently met with investment bankers and is in the process of hiring several executives to fill out its management team.

“The strong performance has opened up a lot of strategic options for us, and we’re actively engaged in looking at those options right now,” said Cymax director Andrew Lugsdin, a partner with Framework Ventures, which manages Business Development Bank of Canada’s minority stake in Cymax. “Going public is one of those things we’re looking at. … We’re definitely talking to folks that can help us with that evaluation.”

He added “nothing is locked in stone” in terms of what Cymax will do, as its decision will hinge on a few factors, including a post-U.S. election read of indicators such as consumer confidence.

Cymax operates an online marketplace for more than 150 furniture and home furnishing vendors to sell and ship their wares through its websites Cymax.com and Homesquare.com and others including Amazon.com, Walmart.com and Houzz.com.

The Canadian company forecasts that its revenue will more than double this year to about US$300-million, outpacing the growth of rival Wayfair Inc. – whose stock has tripled in value this year. Cymax says it is also outpacing the whole online furniture and home furnishings category, which is expected to expand sales by 12.4 per cent this year, market research firm eMarketer says.

Mr. Frind said Cymax is “looking at how we can double [again], within the next year or two.” The company stands to benefit from strong category growth: Market research firm Freedonia Group forecasts U.S. online furniture and furnishings sales will more than double to US$146-billion in 2024 from 2019 levels, surpassing bricks-and-mortar sales.

Cymax is also looking to move into new areas such as sheds, barbecues and gym equipment, expand overseas, and shift more volumes to its own websites.

Cymax is the latest in a string of Canadian tech companies considering initial public offerings in response to intensifying interest from public investors. The CEO of Vancouver’s BroadbandTV Corp. is trying to take her company public, while Grocery Gateway founder Bill Di Nardo is doing the same with his information management services provider Pivotree Inc.

Cymax was founded in 2004 by Iranian immigrant Arash Fasihi, who began by selling TV stands online, then mimicked Wayfair, which didn’t ship to Canada at the time, by offering similar furniture categories for sale through its platform. Within three years, Cymax operated 170 sites, and sales shot up in 2009 to $60-million, nearly double the year before, despite the recession.

But the company was hit hard when Google changed its search-site ranking algorithm in 2011, causing a 30-per-cent drop in traffic and revenue within five days. Cymax responded by raising outside capital, increasingly automating its business and slashing the size of its product catalogue.

Sales rebounded to $140-million in 2015, the year Mr. Frind, Business Development Bank of Canada and Salman Partners invested US$25-million, but fluctuated in the following years as Cymax tightened operations and mined sales, returns and listings data to look for ways to improve margins. It became profitable in 2018 and now generates net profit of between 5 per cent and 10 per cent of sales.

The 130-person company also operates an online freight logistics platform that matches sellers to shippers. It generates more than US$10-million in annual revenue. 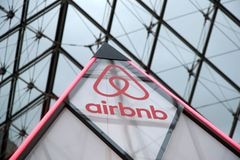 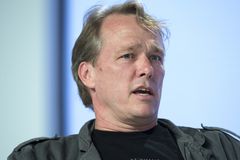 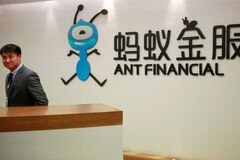