A Vancouver company whose online course-hosting platform has seen a surge in demand during the pandemic has raised $22-million to fund a hiring spree.

Thinkific Inc., which has been used by more than 50,000 entrepreneurs and businesses globally to create and sell online courses, plans all-but triple its work force to 500 people by the end of 2021, after experiencing a 200-per-cent increase in courses created on its platform since March, chief executive and co-founder Greg Smith said. The company booked a 144-per-cent jump in revenues over the past year, to an annualized rate of $33-million as of August from $13.5-million a year earlier.

The shift to online courses “was a huge trend, but [the pandemic] just made everything happen faster,” Mr. Smith said. “It’s opened everyone’s eyes both to the potential of taking the courses but also to creating them.” He said some self-employed educators who had seen revenues from in-person classes disappear earlier this year made back lost sales using the platform.

The financing is unusual for a fast-growing startup as it was led by the same venture capital firm – Vancouver’s Rhino Ventures – that also led Thinkific’s past three financings from two separate funds. Venture capital firms typically don’t finance one company from separate funds as it could raise concerns one fund’s investment could artificially mark up the value of the other’s holdings.

But Rhino managing partner Fraser Hall said the funds' investor advisory committees approved the latest deal, which was largely funded by Rhino backers investing alongside his firm. “We said to them, ‘We’re doing this ... because it’s the best place to put our money,’" Mr. Hall said. "We’ve known Greg and the team so long, we know everything about the business, we wanted to go deep, so we did.”

Mr. Smith said he stuck with Rhino because it has been a strong partner, finding talent, providing advice and ideas and trusting management. “It’s been such a great relationship I didn’t see any reason to go beyond it” for this deal, Mr. Smith said.

Mr. Smith, a lawyer by training, co-founded Thinkific in 2012. He and his brother Matt, a developer, had built a product a few years earlier for Mr. Smith’s own use, to teach online courses for students taking the Law School Admission Test. After selling a few copies, he kept hearing from people who wanted to create, offer and charge for their own courses using the technology, prompting him to start the company.

Thinkific offers the product on a “freemium” basis, meaning people can use a basic version for free; those who want more advanced features and options pay $49 or more a month. Mr. Smith declined to disclose the split between paying and non-paying clients.

The company became profitable in 2018 and got to more than $30-million in revenue despite raising just $3.6-million in capital prior to this financing

Mr. Hall said Thinkific has been more efficient with capital than other startups in part because it didn’t spend as much on online advertising, benefiting instead from word-of-mouth recommendations, influencers and webinars. Thinkific only hired its first sales person last year and the small sales team has had to do little selling, mostly handling enquiries from prospective customers, Mr. Hall said.

That will now change. “We’ve told Greg, ‘Now that you’ve taken this money, you have to spend it,’" Mr. Hall said. "The board is asking Greg to become unprofitable and try to use some of this money” to build out its platform and sales efforts.

Editor’s note: This version clarifies the number of employees the company expects to hire. 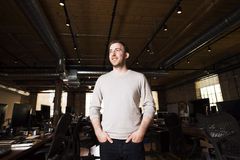 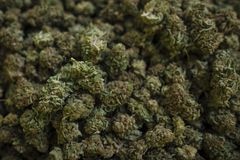