Almost five years ago, James McInnes pulled into a celebration of all things barbecued – the annual Ribfest in London, Ont. – and started serving burgers made with chickpeas from a food truck called “McVegans.”

His vegan knockoff of McDonald’s Big Mac – cheekily called a “Big McInnes” – quickly sold out, starting its maker on the road to an initial public offering planned for Friday.

Globally Local Technologies Inc., the vegan fast-food chain founded by Mr. McInnes and his wife Vasiliki McInnes on the heels of their successful food-truck venture, is raising $4.2-million to help pay for 20 new North American locations over the next year by going public on the TSX Venture Exchange.

Launching restaurants in the midst of a pandemic seems counterintuitive, yet the company has lineups at existing outlets, along with reams of research showing an increasing number of diners want healthy choices on takeout menus. The pandemic has boosted demand for the chain’s to-go meals, and the vegan approach satisfies a basic consumer need, Mr. McInnes said: “We remove the guilt from fast food.”

The chain got its start in 2014, when Mr. McInnes embraced a vegan diet after being diagnosed with high blood pressure. The former computer services entrepreneur – he co-founded a company called Cyborg Trading Systems – began turning out plant-based protein ingredients for his own kitchen and for friends. In 2015, Mr. McInnes purchased a local Farmer Jack’s market near London, adding a plant-protein processing operation. He and his wife began selling vegan meal kits, and the following year, their food truck made its debut at Ribfest.

In 2017, the pair opened the first Globally Local outlet in London. By that point, McDonald’s Corp. lawyers had sent a case-and-desist letter that put an end to “McVegans” and the “Big McInnes.” The creation featuring two chickpea patties, special sauce, lettuce, cheese, pickles, onions on a sesame-seed bun is now called the “Famous Burger.” The menu also includes a “Vopper” burger, and “Wingalings,” which are breaded seitan or wheat-meat wings served with a choice of three sauces.

“We find there’s demand for the iconic foods from our youth, made vegan,” Mr. McInnes said.

Globally Local built a manufacturing centre in 2018, then opened outlets in Windsor and Toronto, backed by private investors (including musician Tony Kanal from the band No Doubt). The company tested a 24-hour drive-through outlet in London, in a former Harvey’s location, but closed it owing to lack of late-night demand.

Mr. McInnes said in the past, vegetarian restaurants have struggled to win customers because their meals come at premium prices. Globally Local’s fare is comparable to any fast-food rival – the Famous Burger is $6.99, while it costs just $4.99 for breakfast sandwiches that substitute strips of soy-based tempeh for bacon.

To keep costs down, Globally Local automates much of its operation in both its manufacturing facility and its relatively small outlets, which are typically only around 1,000 square feet. Mr. McInnes said the chain makes 70 per cent of its food, only looking to outside suppliers for items such as bread and cheese. “The only way to beat an established player, in any sector, is through disruptive technology,” he said.

Fast-food chains sell $27-billion worth of meals to Canadians each year, and that is expected to grow at a 5-per-cent clip. Brett Lindenberg, founder of industry newsletter Food Truck Empire, said only 17 per cent of what’s served from that sector can be considered healthy. A report on industry trends released in mid-March by ResearchandMarkets.com showed why McDonald’s and other established outlets are rolling out more plant-based protein options.

Consumers are increasingly health-conscious, the study found, and the biggest expected shift in the market in 2021 is “an inclination towards sustainable, regenerative, plant-based food and demand for foods and beverages with immunity-boosting ingredients.”

To go public, Globally Local will acquire TSX Venture Exchange-listed Black Lion Capital Corp. and sell shares in the public company at the same time. Trading in Black Lion is currently halted, and will resume when the transaction is completed. Canaccord Genuity Corp. is leading the transaction. 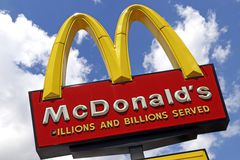 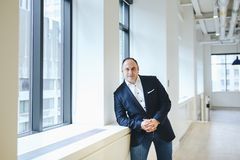 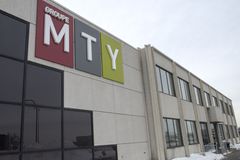