For proof that female entrepreneurs face unique challenges compared to their male counterparts, one need look no further than Katie Wilson.

The entrepreneur and founder of Belli Welli, a plant-based baked nutrition bar company that caters to people with irritable bowel syndrome, was one day away from the official launch of her business last year when she unexpectedly went into labour with her second child, two-and-a-half months before her due date.

“We did launch the business the next day, but we launched it from the hospital room,” Ms. Wilson said.

Now, 18 months later, the California-based Belli Welli is a thriving small business – one of 30 ventures so far across Canada and the U.S. that have received funding from The51, an Alberta-based venture capital fund which aims to harness the power of “financial feminism” by getting investment dollars into the hands of women entrepreneurs. The fund, so named because women represent 51 per cent of the population, aims to “democratize access” to capital for women.

It’s a mission Ms. Wilson endorses, because she said female founders such as herself still face gender-related biases and barriers.

“The biggest and most obvious example for me is the fact that I fundraised pregnant, and I didn’t share that fact with any investor,” Ms. Wilson said. “I got nothing but support from our male investors when I had to write that e-mail saying, ‘Hey guys, not only did I not tell you I was pregnant, but it turns out I’m now going to be launching the business from the hospital.’

“But I think there’s something to be said about the fact that I didn’t share it. There was some part of me that felt it might hurt my chances of closing the round.”

The51 was launched last year by Shelley Kuipers, Alice Reimer and Judy Fairburn – three Calgary women who combined have decades of experience as company founders, board chairs, community leaders and investors. It has since developed into a community of female accredited investors, entrepreneurs and those who support them.

The51’s first $9-million, sector-agnostic fund closed earlier this year, with 90 per cent of the investment dollars coming from private women’s capital. Ms. Fairburn – a former executive vice-president at Cenovus Energy Inc. who sits on the boards of several prominent energy companies and technology firms – said that’s nearly unheard of in Canada, and yet there’s no good reason that should be the case.

She points to investment industry statistics that say that by 2030, 65 per cent of Canada’s wealth will be in the hands of women. Yet women remain underrepresented at venture capital firms, around corporate boardroom tables and within the startup investment space.

“What we hear from a lot of our investors – and we have some incredibly qualified women – is they’ll say ‘yeah, my husband gets invited to get involved with these emerging companies … but I’m not even invited to be at the table,’ ” Ms. Fairburn said.

The response to The51’s first fund was so enthusiastic (the founders met with 300 female-led companies seeking funding) that it is now actively seeking investors for its second fund, which will focus specifically on women-led and diverse businesses in the food and agricultural technology space.

The decision to focus in on agriculture and food was made because of what The51’s founders believe is an “unprecedented economic opportunity” in the space. The agriculture industry generated $143-billion and accounted for 7.4 per cent of Canada’s GDP in 2018, according to Statistics Canada. And with global population growth and climate change pushing the issue of food security to the forefront, the industry is only expected to grow – with the projected market size for food and Ag Tech globally expected to reach US$8-trillion by 2025.

In addition, the face of agriculture is changing. Statistics Canada says nearly one in three farm operators between the ages of 35 and 54 are women. And in the agri-food technology space, female entrepreneurs are working on everything from the way food is grown and harvested, to the development of plant-based proteins, to blockchain and traceability innovations.

Yet according to the Silicon Valley-based venture capital platform AgFunder, only 7 per cent of agri-food tech deals went to women-founded teams in 2018. And a 2015 study from the Canadian Agriculture Human Resources Council found that 95 per cent of women in agriculture felt “significant barriers to their success.”

“The sector’s diversifying quickly, the capital isn’t. So we are trying to provide that diversity of capital,” said Ms. Kuipers, who has founded several companies herself and calls herself a “serial private investor.”

“We’re really trying to find those founders who are really being innovative in this sector, and not receiving funding – and go there.”

“Fundraising is really challenging for everyone, and there’s no doubt that women face another form of challenge that maybe male entrepreneurs don’t have to face,” said Bethany Deshpande, founder of SomaDetect, a Halifax-based agritech company that benefited from an investment from The51’s first fund. “The dairy industry is not known for its diversity, for example.”

SomaDetect uses optical sensors, artificial intelligence and deep learning to monitor herd health and milk quality on dairy farms. It’s just one example of the kind of cutting-edge work female founders are doing in the agritech space. And it’s the kind of work that women investors – with their money, but also their intellectual capital and networks – want to be part of, Ms. Kuipers said.

“On the investor side, what we’re consistently hearing from women is, ‘There’s a place I can activate my capital, in a way that is meaningful to me,’ ” Ms. Kuipers said. “They’re saying, ‘Finally. Thank you.’ ” 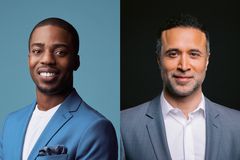 Opinion
Before venture capital can have its full impact, it must fix its own equity issues
January 25, 2021 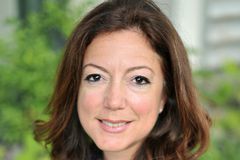 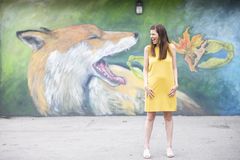