Vermilion Energy Inc. has parted ways with its chief executive, Anthony Marino, and turned to its previous management to help it emerge from the impact of COVID-19 and the collapse in crude oil prices.

Vermilion, which has operations in Canada, Europe and Australia, said on Monday that co-founder and former CEO Lorenzo Donadeo is returning to day-to-day business as executive chairman, and former chief financial officer Curtis Hicks will rejoin as president. Rather than hiring a new CEO, the company will move to a five-executive committee structure for making decisions.

Mr. Marino’s exit is effective immediately, Vermilion said. In a statement, the board thanked him for contributions to the company, including improving the cost structure and “associated capital efficiencies.”

The shake-up comes at a difficult time for Calgary-based Vermilion, whose shares have lost two-thirds of their value since the start of the year. It signals a return to a more conservative operating style and a focus on debt reduction as energy markets begin to recover after tumbling in March and April.

The shares fell 3.5 per cent to $6.90 on the Toronto Stock Exchange on Monday.

Vermilion is among numerous Canadian energy companies that have gone deep into the red owing to a massive global drop in fuel consumption, in turn prompting sharp falls in stock prices. Mr. Marino’s departure could herald more executive shuffles in the sector, depending on how companies fare as recovery takes hold.

“For Vermilion and others, the share prices are a small fraction of what they used to be. It probably raises the odds of some turnover at the executive level for the industry, relative to status quo,” said analyst Michael Dunn, who covers Vermilion for Stifel FirstEnergy.

Mr. Marino, who had been CEO since 2016, presided over a $1.3-billion net loss in the first quarter of this year, as well as the reduction, then suspension, of Vermilion’s dividend over the past two months.

Before the crisis, some investors had questioned recent acquisitions, including a $1.2-billion deal to buy Saskatchewan oil producer Spartan Energy in 2018, which was accompanied by a dividend boost. Last year, Vermilion entered Eastern Europe, which increased the perceived political risk.

None of this precipitated Mr. Marino’s departure, however, said Kyle Preston, Vermilion’s vice-president of investor relations.

Vermilion’s net debt stands at about $2.2-billion, which is about twice its current market capitalization. As oil prices improve, he said, the company will be able to reduce its debt and move toward re-establishing its dividend, which has been coveted by the company’s large retail investor base.

“It’s an acknowledgement by the board that market conditions have changed quite a bit and the needs of the company have changed. The view was bringing Lorenzo Donadeo back in as executive chairman, bringing Curtis Hicks back in as president will do a better job at navigating this challenging period,” Mr. Preston said.

Mr. Dunn said Vermilion’s advantages include a base of production that, unlike many U.S. shale oil operations, has low rates of decline. That tends to mean the company has to spend less on maintaining output, a trait that during more normal market conditions can prompt investors to bid up company’s cash flow and operating earnings multiples. 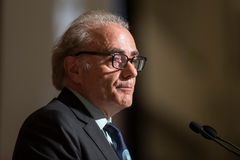 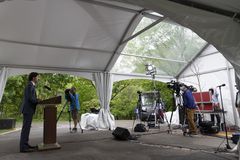