Version One Ventures was one of the few big Canadian winners in Coinbase Global Inc.’s public listing Monday, as the Vancouver seed venture capital firm scored a return of 25 times its investment in the San Francisco-based cryptocurrency trading platform.

Version One, led by Boris Wertz and Angela Tran, invested US$2-million across two private financings of Coinbase in 2017 and 2018, picking up about 151,000 shares. Both investments were made from its $35-million (US$28-million) second venture fund.

Coinbase shares launched trading Wednesday at US$381 apiece and closed at US$328, giving the world’s largest cryptocurrency trading platform a valuation of $85-billion. Version One ended the day owning about US$50-million worth of stock – worth nearly twice the size of its entire fund, at least on paper. It was the first company backed by the firm that has gone public.

“Every single investor lives for IPOs in their portfolio and it happens rarely, so it’s a big day,” Mr. Wertz said in an interview on Wednesday.

He added the Coinbase investments stand to be a “multiple fund-maker,” meaning the gains will more than cover the amount contributed by the backers to support not just Coinbase, but all of the fund’s holdings. “For every single investment we make, we have a thesis it can become a fund maker,” Mr. Wertz said. “Obviously, most of the time it doesn’t happen but when it does, it’s a beauty.”

Shares of Coinbase, the first major cryptocurrency company to go public in the United States, opened nearly 52 per cent above the initial reference price of US$250 a share set by Nasdaq based on trading that had occurred privately. Within minutes, its stock soared to US$429, giving it, at one point, a market value of close to US$100-billion.

Coinbase chose to list its stock directly on the public market rather than pursuing a traditional IPO, in part to eliminate fees it would pay to investment bankers involved in the deal. A direct listing effectively means that instead of raising cash by selling new shares to a group of institutional investors, the company would allow existing shareholders to start selling their shares at a price determined by the market.

San Francisco-based Coinbase was founded in 2012 and has since become the leading mainstream cryptocurrency exchange in the world, with approximately 56 million global users. Its fortunes have been closely tied to the price of bitcoin and Ethereum, two of the most popular and most traded digital currencies, which have soared in price over the past year. It boasts US$90-billion in assets on its platform.

Regulatory filings show Coinbase has generated more than US$3.4-billion in total revenue since its inception, largely from transaction fees. For the year ended Dec. 31, 2020, transaction revenue represented more than 96 per cent of net revenue.

“Everyone started at Coinbase. I had my first account there in 2014,” said Fred Pye, president and chief executive officer of 3iq Corp., one of Canada’s most prominent digital asset fund managers.

Lori Stein, who leads the cryptocurrency practice at Bay Street law firm Osler, Hoskin & Harcourt LLP, said Coinbase’s key to success was building a cryptoexchange that provides safe custody of assets that were being traded, by effectively being its own custodian instead of outsourcing that storage service. “It was a forward-looking view at the time. This was long before the Quadriga CX scandal and long before the collapse of [the bitcoin exchange] Mt. Gox,” she said.

For Mr. Wertz’s Version One, Coinbase was an unusual investment choice. His firm usually invests smaller amounts in companies at far earlier stages of development. (Version One’s first investment in Coinbase came during the exchange’s fourth funding round.)

But Version One made an exception because its partners had already developed an investing thesis around the crypto/blockchain space and had made a few investments in companies such as Citizen Hex and Dapper Labs, the Vancouver company behind digital collectible NFTs trading site NBA Top Shop and CryptoKitties. The partners also believed Coinbase would be a category leader – and that it would deliver fund-making returns even at the relatively later stage of their investment.

Version One, which also has deep connections to top-tier U.S. venture capital firms including Union Square Ventures and Andreessen Horowitz – two of Coinbase’s largest investments – also built relationships with senior Coinbase executives early on. “When we heard about the [2017 funding] round, we got lucky enough to participate alongside everybody else,” Mr. Wertz said. Tiger Global and Paradigm, the crypto-focused investment firm, were also a significant early investor in the company.

Brian Armstrong, the company’s co-founder, chairman and CEO owns a stake in the company that is currently worth about US$20-billion.

He was embroiled in controversy last November when The New York Times published accounts from 23 current and former employees alleging severe systemic racism at Coinbase, particularly toward Black employees. Last summer, Mr. Armstrong refused to issue a company statement in support of Black Lives Matter, saying that Coinbase would not engage in “political activism.” 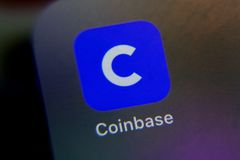 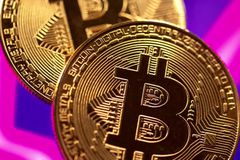 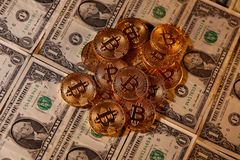