A fledgling private-equity firm, led by veteran Bay Street technology financier Lisa Melchior, has made the inaugural investment out of its first fund, leading the purchase of a $60-million stake in Waterloo, Ont., communications connectivity technology provider Dejero Labs Inc.

Ms. Melchior previously spent 17 years with the Ontario Municipal Employees Retirement System (OMERS), where she was a vice-president overseeing the pension giant’s private-capital investments in the technology sector, including its early stake in Constellation Software Inc. Ms. Melchior was on the board of Constellation, now one of Canada’s most valuable technology companies, when it went public in 2006. She also led the privatization of Quebec software company Logibec in 2010 and subsequent spinout of its U.S. subsidiary MatrixCare. OMERS sold the Canadian operations of Logibec to GI Partners in 2015.

She broke away to start Vertu Capital in 2017 and recruited partners Kim Davis, former chief financial officer with TorQuest Partners, and Gil Nayot, previously a senior principal with Canada Pension Plan Investment Board’s private-equity group. Ms. Melchior believed there was a lack of capital to help Canadian technology companies that had achieved initial success and faced a shortage of funding options domestically.

Vertu has invested in two deals, teaming up with BDC Capital two years ago to buy virtual data room provider Firmex from Novacap, and digital payments company Carta Solutions Holding Corp., which sold to Mogo Inc. this year. The Dejero investment is the first to come out of Vertu’s debut fund.

Ms. Melchior declined to comment on details about the fund, but two Bay Street sources familiar with Vertu said it has been in the market in recent months looking to raise $125-million. The Globe and Mail is not identifying the sources because they are not authorized to speak publicly on the matter.

Ms. Melchior said Vertu intends to invest $25-million to $75-million per company, ranging from significant minority to control stake. It is targeting companies with more than $20-million in annual revenue and that offer “exciting, proprietary, complex, highly scalable technology solutions,” she said.

She described Dejero as “a classic Vertu deal.” Dejero, founded in 2008, provides technology that enables customers to get highly dependable internet connectivity by blending connections provided by cellular, satellite and broadband through its software and hardware.

Its “virtual network of networks” technology, which has won two Emmy awards, is used by more than 400 customers, including broadcasters, production companies, public safety and government agencies, for “mission critical connectivity” ranging from the Super Bowl broadcast to the U.S. Department of Homeland Security. Dejero has 139 employees and revenue between $25-million and $50-million annually.

With the deal, Vertu is putting up about 70 per cent of the $60-million investment. Ubicom Ventures, a special-purpose vehicle managed by veteran Bay Street investors Terry Thib, Neil Maruoka, and Gajan Kulasingam in partnership with Dejero founder and chief strategy officer Bogdan Frusina and chief executive officer Bruce Anderson, is providing the balance. The money will go to buy out a minority stake held by Kayne Anderson Capital Advisors and satellite communications company Intelsat, which invested in a $32-million venture financing of Dejero in 2017.

“Lisa and the team very much want to back entrepreneurs,” Mr. Frusina said in an interview. “We got excited because too many times entrepreneurs in Canada sell too early. This is an opportunity to partner with somebody with more long-term vision ... and go out there and execute and really focus on growth.” 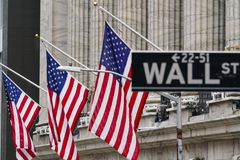 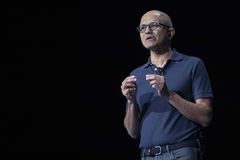 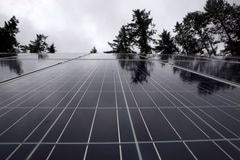