Veteran government-relations leader Kim Furlong will be named the new chief executive officer of the Canadian Venture Capital and Private Equity Association (CVCA) on Monday, becoming the first woman to take the executive reins in the organization’s 45-year history.

Ms. Furlong joins the association – which has more than 270 corporate members, including venture capital, private equity and other investment firms – after more than a dozen years managing Canadian federal affairs for the biotech company Amgen Inc. and the Retail Council of Canada.

She enters the role at a moment when Canadian scale-up and startup companies are attracting national attention and growing investment. In the first half of 2018, according to CVCA data, the value of seed-stage investments was more than 50 per cent greater than the previous five-year average, while the sheer number of later-stage deals was 50 per cent more than the five-year average.

Ms. Furlong is also an advocate for increased diversity in leadership – including among elected officials through her membership in the multipartisan advocacy group Equal Voice – who is about to become the chief spokesperson for an industry in which women remain rare in the top ranks. One report by the diversity-in-venture-capital group Female Funders, released in July, found that only 14 per cent of partners at Canada’s most active venture-capital funds are women. Prior to Ms. Furlong’s hiring, the CVCA says the only female top leader in its history was past chair Whitney Rockley, managing partner of McRock Capital.

Canada’s intertwined startup and venture-funding sectors are having a bright moment, Ms. Furlong said in an interview, but there is still much work ahead to sustain their momentum. She sees maintaining that momentum as only part of her job. She also wants to better align government interests with the venture-capital industry’s while creating more, and more inclusive, opportunities for people to fund and build businesses.

“I truly believe the venture-capital and private-equity sectors are the engine that will enable Canada’s growth,” Ms. Furlong said. But making an effort to include a more diverse number of voices at the table, she continued, “lets you have a richer set of conversations. … I do think the CVCA choosing a woman to lead the organization is a strong signal of their willingness to embrace diversity.”

Ms. Furlong hails from Quebec’s Gaspé Peninsula. She worked in the Department of Foreign Affairs before joining the Retail Council of Canada in 2006. She succeeds Mike Woollatt, who left in September to join the innovation-investment arm of the Ontario Municipal Employees Retirement System. Mark Usher, the CVCA’s chair and a managing director at CIBC Innovation Banking, said Ms. Furlong was chosen from a pool of about 40 candidates.

“She’s got a great background for what we’re looking for, in politics and leading organizations, and in government relations – and she’s got a strong voice as we look to raise our voice on diversity and inclusion,” Mr. Usher said in an interview.

Ms. Rockley was part of the CEO search committee. She said she was impressed by Ms. Furlong’s history of leadership, mentorship and working with government, and her ability to bring people together. That includes her previous industry-association experience with the Retail Council of Canada. “Understanding how to manage multiple members with different agendas and priorities is quite a balancing act,” Ms. Rockley said. “She’s got that in spades.”

Ms. Rockley, who also serves as co-chair of CVCA’s diversity and inclusion committee alongside Yaletown Venture Partners principal Sophie Gupta, said Ms. Furlong being a woman and French-Canadian were added bonuses to her being the best candidate for CEO. “Kim just came in and commanded the room,” Ms. Rockley told the Globe. But, she continues, Ms. Furlong’s hiring “sends as really strong signal to our industry, our members, and also to entrepreneurs, that we have someone at the helm of our industry association that values inclusion and diversity of thought.”

While Ms. Furlong said her career’s venture-capital exposure has thus far been limited – her director role at Amgen included some dealings with the biotech firm’s venture-capital arm – her experience in dealing with governments is extensive. And she said she’s “seen the stars aligning” in Ottawa’s efforts to support venture investment in Canada, such as through the Venture Capital Action Plan and Venture Capital Catalyst Initiative – while also highlighting the Business Development Bank of Canada’s $200-million Women in Technology Venture Fund.

She’s already looking forward to speaking with Ottawa officials such as Innovation Minister Navdeep Bains to discuss how to better encourage the sector’s growth, be it through business policies or immigration policies.

“When I hear Minister Bains talk about scaling up, I think that’s something CVCA’s members can help the government do,” she said. “What does Canada need to do and the government need to do, to enable our industry to scale – to not only have the ability to start companies but to grow them?” 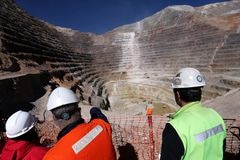 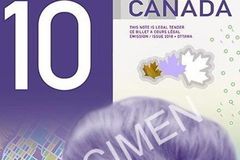 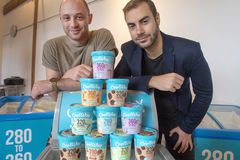