When Zoom Video Communications Inc. went public last year, the video-conferencing company’s stock market debut was largely overshadowed by the initial public offerings of major consumer tech brands such as Uber, Lyft and Pinterest. But with a pandemic forcing millions to move their daily lives online, Zoom has quickly become one of the most-scrutinized firms in Silicon Valley.

In a matter of weeks, the California company has seen a surge in popularity and an equally swift backlash over privacy and security concerns that have landed it in the crosshairs of regulators. Zoom’s dramatic reversal of fortunes has made the company a cautionary tale for both consumers and investors scrambling to embrace new technologies in the era of social distancing.

“We’re just doing so many more really serious and critical activities on Zoom now that their system is really getting tested very rapidly and very aggressively,” said Cornell University business professor Aija Leiponen, who specializes in technology and innovation. She likened the controversies facing Zoom to shifting public opinions about social-media giants, although that tech backlash took years to play out.

For Zoom, the reckoning has come much faster. As physical-distancing practices expanded across the globe, users have flocked to Zoom for business meetings, virtual happy hours and online education. Zoom’s popularity landed it on the list of coveted “virus-proof” stocks whose share prices have largely weathered the market downturn. Zoom’s stock soared nearly 50 per cent in less than two weeks in March.

But just as quickly as it began, the party ended. Zoom has been rocked by a series of high-profile incidents where uninvited participants entered private meetings and then used the video-conferencing app’s screen-sharing features to broadcast pornography and hate speech. The problem has become so widespread it earned a nickname: Zoombombing.

Cybersecurity researchers have also flagged bugs in Zoom’s software that allowed hackers to go even further, and hijack meetings where they could kick out participants or take control of webcams. Researchers at the University of Toronto’s Citizen Lab said Zoom was misleading users about the strength of its encryption technology and had routed some traffic through servers in China making those communications vulnerable to state surveillance – a potential threat to the universities, health-care facilities and government agencies now relying on Zoom’s technology.

“Until a few weeks ago, it would have been uncommon for high-stakes business negotiations, high-level diplomacy, political strategy conferences and cabinet meetings to be conducted over platforms whose security properties are unknown,” Citizen Lab researchers Bill Marczak and John Scott-Railton wrote earlier this month. “Now, some of the most sensitive conversations in the world are taking place on devices and platforms vulnerable to basic forms of eavesdropping and attack techniques.”

Analysts have also raised concerns that Zoom’s popularity will prove to be ephemeral and that the company may struggle to convert the users flocking to its free version into paying customers. “We commend Zoom for being a superhero of the current health crisis, though our responsibility as equity analysts compels us to distinguish great companies from great stocks,” analysts from Credit Suisse wrote as they downgraded Zoom shares this week. Zoom’s stock has shed more than 25 per cent of its value since March 23.

Zoom has scrambled to address the mounting concerns. In a live-streamed public meeting on Wednesday, chief executive officer Eric Yuan said the company was caught off-guard by the sudden demand, with the average number of daily users jumping to more than 200 million in March from 10 million in December.

Zoom was designed to be used by corporate clients whose IT departments wanted to customize security features, Mr. Yuan said. The company was ill-prepared to deal with millions of new users, many of whom didn’t understand how to adjust privacy settings.

“It was really unprecedented usage and we never expected that,” he said, adding that in a rush to accommodate the rising demand, “we missed some important things.”

Zoom has since addressed many of its issues, he said, including preventing traffic from being routed through servers in China and changing settings that had made it easy for hackers to gain access to meetings. It is working to improve its encryption technology and hired former Facebook security executive Alex Stamos as an adviser.

Zoom shares were particularly primed for a volatile run during the pandemic, as the company’s popularity attracted investors anxious to shore up their faltering investment portfolios. But the pandemic also likely made investors less tolerant of the kind of negative publicity they may have brushed off in normal times.

"Now we're in a situation where people have low patience because they're under so much stress,” said Hersh Shefrin, a finance professor at Santa Clara University in California and an expert in behavioural economics. “That makes them especially prone to be disappointed and angry if things don’t work out as they expected.”

Yet the intense scrutiny may prove to be good for Zoom in the long-run, turning it from niche corporate software into a consumer powerhouse, Prof. Leiponen said. “I think they’re benefiting tremendously from this,” she said. “Most companies in the world would like to be in the position of having so much attention.” 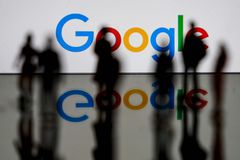 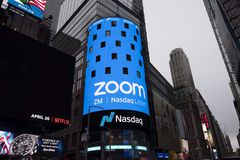