Quebecor Inc. said Tuesday Manon Brouillette, the president and chief executive officer of its Vidéotron cable and wireless division, plans to step down by the end of the year.

Ms. Brouillette, a key architect of Quebecor’s successful wireless strategy, will be the third senior executive to depart in less than five years.

The Vidéotron president, who has been with Quebecor for more than 14 years, is leaving for personal reasons, according to a statement from the company, and will be considered for a position on the board of directors.

The announcement comes after a shuffling of Quebecor CEOs to accommodate controlling shareholder Pierre Karl Péladeau’s move into and back out of provincial politics in Quebec. He returned last year as CEO of Quebecor as a whole, which also includes a portfolio of television, magazine and sports assets.

With no replacement for Ms. Brouillette lined up, analysts warned that the leadership upheaval at the company’s major revenue-generating business could negatively affect Quebecor’s share price.

“Ms. Brouillette is well liked and respected by the Street. Since no immediate successor was announced, we believe investors’ perception of potential disruption at Vidéotron may be inevitable,” said Barclays Capital’s Phillip Huang in a report on Tuesday.

However, he added that Ms. Brouillette has assembled a strong team at Vidéotron and almost all of the division’s senior leaders are long-standing employees.

“We see no indication of internal friction with other members of management or Pierre Karl Péladeau, particularly given her pending appointment to the board. We would be buyers of the stock on any short-term weakness on the news,” Mr. Huang said.

“Given the significant growth of Vidéotron, we view Ms. Brouillette as one of the leading telecom executives in Canada and see her departure as directionally negative for the company,” RBC Dominion Securities analyst Drew McReynolds said in a note to clients on Tuesday.

“Nevertheless, Vidéotron has successfully managed executive transitions in the past and we would expect this transition period to be no different. We are also encouraged by Ms. Brouillette’s potential board appointment,” he added. ​

Quebecor declined to offer any further comment and Ms. Brouillette was not available for an interview on Tuesday. The company said it would announce her replacement “in due course."

When Mr. Péladeau left the company in 2013, Robert Dépatie took over as Quebecor CEO, but left about a year later. His successor, Pierre Dion, departed in 2017 when Mr. Péladeau returned to the company and resumed the top job within months of stepping down as leader of the Parti Québécois.

Ms. Brouillette has led the crucial Vidéotron division for the past five years and played a central role in the launch of its wireless business, which now has about 16 per cent of the Quebec mobile market and passed the one-million subscriber mark last year.

Since Ms. Brouillette became president of Vidéotron, wireless sales have been the division’s main source of growth, increasing to $610-million last year, up from $221-million in 2013. Vidéotron had total revenue of $3.29-billion last year, with adjusted operating income of $1.53-billion. That compares with revenue of $2.71-billion and adjusted operating income of $1.28-billion in 2013.

Ms. Brouillette was named chair of the board of directors of Montreal’s Quartier de l’Innovation last month. She is also on the board of Altice USA, a New York-based cable company. 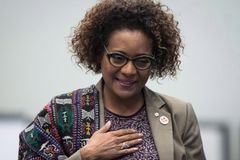 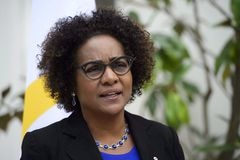 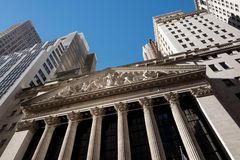