Rocked by a diesel-emission scandal, Volkswagen has been working to win back the trust of U.S. consumers in recent years.

Now the German company’s reputation in the United States may suffer another blow, albeit on a smaller scale.

A lawsuit filed by three car buyers last month in U.S. District Court in Alexandria, Virginia, accused the company of defrauding customers by selling early prototypes not certified for sale by regulators. The suit contends that the company concealed that information from dealers and customers. The case is based in part on internal emails that the plaintiffs claim show Volkswagen officials knowingly passed the cars on to dealers as “certified pre-owned” vehicles when the vehicles should have been destroyed or exported.

Ricardo Garcia, one of the car buyers, said he thought he was getting a deal when he paid $39,000 – about $1,500 below the sticker price – for a 2016 Golf R hatchback that had been driven just 9,430 miles. What he didn’t know was that the car had been used for months as a test vehicle by Volkswagen employees and automotive journalists. It also had modifications that did not meet U.S. safety standards.

“I paid more for it than I should have, and now I can’t even drive it legally,” said Garcia, a project manager for an air-conditioning company in Seattle.

Volkswagen said it would not comment on active litigation, but the company has acknowledged improperly selling preproduction, or what the industry calls “zero series,” cars. Last year, it recalled 252 such vehicles, including Garcia’s Golf, that were sold to Americans. It issued a similar recall in Germany in December and acknowledged selling at least 6,700 preproduction cars between 2006 and 2018.

The lawsuit asserts that the company sold thousands of such cars in the United States between 2011 and 2016, when it appears to have ended the practice as the diesel scandal cast a public spotlight on its business practices.

As part of its U.S. recall, Volkswagen has offered to buy the 252 cars back at their current book value. Garcia said the company had offered him $27,000. He declined, he said, because that was well below the price he had paid, and did not cover expenses like sales tax and interest on his loan.

The lawsuit is another setback to efforts by Volkswagen and its luxury Audi division to put the diesel ordeal behind them. Last year, the two brands sold 577,000 vehicles in the United States, the most since 2012.

Karl Brauer, executive publisher at Cox Automotive, said the lawsuit was an embarrassing revelation but shouldn’t have a big impact on sales.

“I don’t see it as a huge, long-term image destroyer,” he said.

Volkswagen’s U.S. sales tumbled in 2015 after the company acknowledged that it had installed software that allowed some of its diesel cars to cheat on emissions tests. The company later pleaded guilty to conspiracy to commit wire fraud and other charges brought by the Justice Department. It paid about $23 billion in fines and civil settlements to diesel owners, and was required to buy back 600,000 vehicles from U.S. customers.

Fallout from that scandal continues. Last month, the Securities and Exchange Commission sued Volkswagen, saying its chief executive knew about the emissions fraud years earlier than the company has admitted.

Automakers typically produce 100 to 400 prototypes when introducing a model. They are lent to critics, driven by corporate executives and displayed at auto shows. Companies often make software upgrades, change parts and make other tweaks before beginning mass production.

Volkswagen imported most of its preproduction cars from Germany or Mexico, said Michael J. Melkersen, the lawyer who filed the lawsuit on behalf of Garcia and two other consumers.

Such prototype cars can legally be used on public roads for 30 days, but then must be destroyed or exported. But service records from dealers indicate that Volkswagen used some of these cars for months before titling and selling them as used cars in dealer auctions.

Garcia’s car, for example, was lent to a journalist who drove the car on racetracks and public roads in the spring of 2015, Melkersen said. A Carfax report shows Volkswagen first registered the car on Dec. 16 that year.

Garcia bought the car a few months later and drove it for nearly two years until Volkswagen sent him a recall letter in October saying his Golf was a “very early production” model and may not “comply with all applicable regulatory requirements.” The company did not specify which regulations the car did not comply with, saying it had not kept a complete record of the changes it made to the prototype.

Paul Jacobson, another plaintiff in the case, received a similar letter regarding a 2015 CC R-Line sedan that he bought in March 2016. He paid $24,018 for the car, which had 5,320 miles on the odometer. Volkswagen has offered Jacobson, a public relations consultant in Morrison, Colorado, $13,300 for the CC.

Although he said the CC “is a blast” to drive, he’s concerned about keeping it.

“It’s not legal, so I can’t sell it,” he said. “If there’s an accident, my insurance might not cover it, because it’s not supposed to be on the road.” 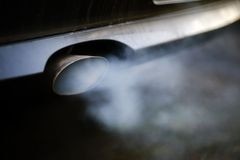 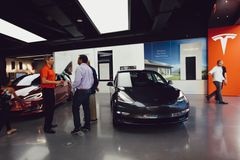 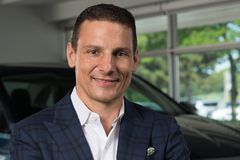