Walmart Canada Corp. is in transition, yet again, to adapt to a digital age.

In one of its supercentres in Toronto’s west end, the giant discounter has recast the space as its latest version of its store of the future. Designed to marry online and physical shopping, it allows customers to scan their own purchases as they’re picked off a shelf using an app on their mobile device, which keeps a tally of their purchase amounts; they bag their own purchases in carts that keep the bags open on hooks for easier packing; they check out by wheeling their cart through a wide “fast lane” where they scan their app and get the total charged to their credit card.

Shoppers who don’t use the “scan and go” app can still do more of their own checking out: The prototype store has shrunk in half – to just six – the number of lanes with an employee at the cash register while doubling the number of regular self-checkouts to 18 from nine previously.

The store devotes less space to its own goods since customers increasingly buy them online. Instead it leases out more of its space to other retailers and restaurateurs, including the China-based, rival discounter Miniso.

“Retail is changing a lot,” Paula Bonner, a senior vice-president at Walmart Canada, said as a Globe reporter tried a few times to scan the bar code of an item with a phone before getting it at the right distance to register the purchase. “We knew checkout was an area where customers weren’t happy with us. This app is all about providing speed for the customer.”

Retailers are being pushed to change faster to keep up with consumers’ burgeoning taste for shopping online and heading to a store only if it can provide an enhanced experience. Rivals such as U.S. e-commerce titan Amazon.com Inc. keep raising the bar with faster and cheaper service.

Walmart Canada is looking for a lift. Faced with moderate first-quarter sales gains, the retailer struggled to attract visitors to its stores. Traffic slipped 0.5 per cent from a year earlier for the first time in two years. Non-food sales, including apparel, were disappointing and operating margins declined for the seventh consecutive quarter.

Still, its test store is a roll of the dice. Consumers don’t always respond well to having to do their own scanning, bagging and checkouts for retailers, said Neil Stern, senior partner at retail consultancy McMillan Doolittle in Chicago.

“If there’s not a benefit, then the consumer is certainly not going to be that anxious to adopt it,” he said.

U.S. parent Walmart Inc. ditched a scan-and-go app last year after customers failed to use it much, finding it error prone and too labour intensive, he said. (Walmart still has it in its U.S. Sam’s Club stores.)

“The U.S. customer is finicky when it comes to checking out and expects a lot to be done for them,” said Neil Saunders, managing partner at GlobalData Retail in New York.

But Walmart would like it to work to eventually find some cost savings, including using less labour, he said.

Walmart Canada’s Ms. Bonner insisted there are no immediate plans to cut staff; on the contrary, the retailer is adding employees to help customers navigate the new scan-and-go app, she said.

“We’re trying to teach customers that the ideal way to shop and the most efficient way to shop is to actually bag as you go,” said Aly Kanji, a vice-president at Walmart Canada who worked with Ms. Bonner to develop the new prototype store. “It will be tough to adapt at first but the idea is that, hopefully, when they feel the difference in speed it’s something that catches on.”

Walmart Canada estimates that using the fast-lane technology could save between 10 per cent and 25 per cent of a customer’s time, spokesman Rob Nicol said.

Ms. Bonner said the retailer has learned from the missteps of its parent company’s scan-and-go test. As well, the chain in Canada piloted a hand-held scanner in Ancaster, Ont., and 19 other stores, but dropped it last year. Customers found that using the scanner gun was clunky while weighing their own fruits and vegetables could be confusing and time consuming, she said.

Now, Walmart has modified the process at the Toronto prototype store to try to ease the pain points, she said.

It has abandoned the use of scales, instead charging for each produce item rather than its specific weight. For example, bananas cost 20 cents apiece. The idea of hooks on carts for keeping shopping bags open arose after customers complained that their bags folded in on them.

In the U.S. Walmart test, customers were frustrated that their mobile device’s battery would lose power, Ms. Bonner said. The Toronto store lends chargers at the entrance.

Despite its North American setbacks, Walmart stores in China and Britain still use scan-and-go, she said. “It’s absolutely a concept we see growing in the future. Maybe not in every situation does it work. But then that’s why we would pause and learn from that.”

Some customers at the Toronto store are getting used to scan-and-go, which is being rolled out to three other outlets. Ihor Prociuk, a 73-year-old retired University of Toronto computer specialist, scanned a handful of items using his mobile app and the $27.48 total was charged to his credit card.

But he wasn’t able to scan the bar code on the green onions he picked up and had to get help from an employee, who weighed the products in the old-fashioned way and taped a bar code to them. Mr. Prociuk found the glare of the lights in the store made it difficult to read the app. And he found it cumbersome to have to scan 24 individual bottles of carbonated drinks rather than just type in 24. (Ms. Bonner said Walmart is working on allowing for that.)

Loblaw Cos. Ltd., the country’s largest grocer, started last November experimenting with a “shop-and-scan” app in eight stores in the Toronto area, spokeswoman Catherine Thomas said. Customers weigh their produce and then scan the code with their mobile device, then check out with their phone.

Loblaw shop-and-scan customers can check out faster and appreciate seeing a running tally of their purchases, she said, declining to provide more details.

At the Walmart store, the retailer has introduced other new features. In borrowing from the dollar-store culture, the store touts a party shop where helium balloons can be ordered and blown up as customers wait. It’s a move that can steal away customers from Dollarama or Party City stores, Ms. Bonner suggested.

It has installed a Freshii salad station, a sushi bar and a “community hub” seating section for the prepared foods at the front of the store. Also moved to the front of the store is the fresh food section, now labelled “fresh market” rather than simply “produce.” Twice as big as it was previously, the fresh market stocks food that is not as frequently purchased online as many other products. A new “Walmart.ca” section puts a spotlight on an apparel line that until now was available only online.

The retailer is looking to expand elements of the test store to other outlets. 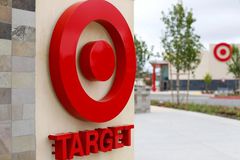 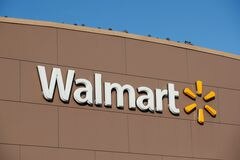