Five executives at Torstar Corp., including its chief financial officer, are to be interviewed under oath by investigators with Canada’s Competition Bureau, as the federal watchdog continues its probe of last year’s newspaper swap deal between the company and Postmedia Network Canada Corp.

The Competition Bureau is also narrowing its investigation into the deal, in which 41 newspapers changed hands, and the majority were subsequently shut down. The federal watchdog is now solely pursuing a criminal investigation, under the conspiracy provisions of the Competition Act.

The bureau’s review of the deal began on the day it was announced in November, 2017. At first, its investigation covered both the merger rules under competition law, which deal with whether a transaction leads to a “substantial lessening or prevention of competition in any market in Canada," as well as the conspiracy provisions, which can carry fines of up to $25-million, or up to 14 years imprisonment. The conspiracy rules include a number of prohibited activities, including “market allocation” – competitors agreeing not to compete in certain geographic areas – as well as arrangements designed to restrict the supply of a product or to fix prices.

On Tuesday, the bureau confirmed in an e-mail that it made the decision three weeks ago to focus only on the conspiracy investigation.

“The Bureau has a range of investigative tools to obtain evidence that are provided under the Competition Act and under the Criminal Code of Canada, including searches, court orders for records or written responses to questions, oral testimony and wiretapping," bureau spokesperson Marcus Callaghan wrote in an e-mail Tuesday. "The steps the Bureau takes depends on the specific circumstances of each case. In this case, the Bureau determined that obtaining the court order was necessary to advance the investigation.”

The bureau has not concluded any wrongdoing and no charges have been laid.

“Torstar has been clear in its position that this transaction was conducted legally, ethically and in the long-term interest of all the markets we serve," Torstar spokesman Bob Hepburn wrote in an e-mailed statement on Tuesday. "The Bureau’s investigation has unfortunately created new costs and difficulties at a time when our industry is fighting for its survival. It will not affect our resolve to do everything we can to fight for the future of quality journalism in Canada. We expect the employees in question to follow the lead we have set and respectfully co-operate with the Competition Bureau.”

The Competition Bureau searched the companies' head offices in Toronto in March, as well as the Hamilton Spectator and the Mississauga offices of Metroland Media, which are both owned by Torstar. In documents submitted to obtain warrants for those searches, the bureau said investigators believed Postmedia and Torstar had “entered into a conspiracy.” In the court document, the bureau cast doubt on the companies' claims they had not discussed shutting down the newspapers at the time of the transaction.

Many of the closings reduced the number of newspapers operating in markets across Ontario. Executives maintained that there was no co-ordination between the companies regarding those closings.

“We didn’t know what their plans were, and they didn’t know the same for us,” Postmedia president and chief operating officer Andrew MacLeod said in an interview with The Globe and Mail on Nov. 28, the day after the announcement.

However, when the bureau reviewed the transaction agreement, it found details on job cuts that would occur when the deal closed, which only included jobs at the papers that were closing down. An agreement also provided for a transition period for services such as flyer distribution and advertising, but only named the papers that were to remain open among those that would maintain those services. Terms such as these in the deal were “inconsistent” with the companies' statements that they were unaware of each other’s plans to close papers, Pierre-Yves Guay, acting associate deputy commissioner of competition for the Competition Bureau’s cartels and deceptive marketing practices branch, wrote in the court documents to obtain the warrants.

The court documents also detailed a statement from John Hammill, a former Postmedia regional sales director based in Orillia, Ont. Mr. Hammill told the bureau that Orillia Packet & Times workers were laid off 10 minutes after the deal was announced. Mr. Hammill said he received his job termination notice from Postmedia human resources, even though Torstar was the new owner. Such actions indicated “prior negotiation, agreement or arrangement” related to the closings, Mr. Guay wrote in March.

Postmedia did not respond to a request for comment on Tuesday.

“Newspaper closures are a global reality across our industry and we never make the decision to close local papers lightly,” Torstar’s Mr. Hepburn wrote. “We entered into this transaction to help Torstar chart a course toward a sustainable future in an effort to provide our readers with access to informative and relevant news coverage for years to come.”

Torstar cuts 13 jobs at StarMetro in Toronto no papers will be cancelled
November 21, 2018 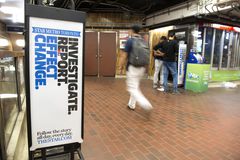 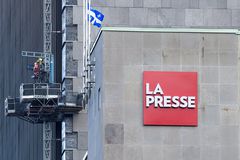 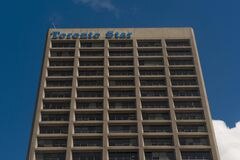