Digital-strategy experts advising Waterfront Toronto on its smart-city development say Sidewalk Labs is beginning to offer clarity on the technology it would use there – but they aren’t confident the resulting data collection and surveillance risk would be justified.

Waterfront’s digital-strategy advisory panel comprises technologists, professors and executives with expertise in data governance and urban planning, and is reviewing the proposed technology and data protocols for Quayside, the planned development near Lake Ontario. In a report released on Wednesday before a public consultation next weekend, the panelists examined Sidewalk’s most recent detailed tech plans, such as systems to monitor the buildings’ energy-efficiency and neighbourhood-wide internet access.

The experts said the latest plans, published in November, are a “significant improvement” over the 1,500-page draft master plan published in June. That draft also asked to plan and implement technology for a site 16 times larger than the 12-acre Quayside lot, but was significantly restrained by Waterfront in negotiations last October. Those talks also ended with a guarantee that data governance would be handled by Waterfront and the governments that the tripartite development agency represents.

But the experts warned this week of “potentially significant” gaps in how data collection and privacy measures would be handled. University of Toronto professor emeritus Andrew Clement, one of the more outspoken panelists, wrote that Sidewalk’s “statements are not always consistent and at times contradictory,” raising concerns about how its plans “can be treated as reliable evidence of its actual intentions.”

Another panelist, who is not named in the report, worried that the City of Toronto and Waterfront are not “fully ready to grapple with" many of the data governance issues.

The panel’s concerns echo those of other critics. The Canadian Civil Liberties Association has used privacy grounds to ask the Divisional Court of the Ontario Superior Court of Justice to force Waterfront to restart the project and open it up again for bids. Ontario’s Information and Privacy Commissioner last September said some of Sidewalk’s data-collection proposals were “problematic.” Activists who have coalesced under the BlockSidewalk banner, too, have raised a wide range of concerns about the project, including its privacy implications.

The panelists wrote that after reading Sidewalk’s latest plans, they still wondered “whether a focus on data governance overlooks the question of whether the collection of data [and the potential tracking of peoples’ activity] is justified in the first place.”

Kristina Verner, Waterfront Toronto’s vice-president of innovation, said in a response to the report that further reviews would be conducted on any technologies that would be implemented should the project move forward.

Both Waterfront and the city are developing policies to handle the issues at hand, she said, but the agency welcomed any expert suggestions that panelists feel “would improve our ability to perform our work should we move into an implementation phase.”

Some of the panelists wrote that deadlines to approve the technological segments of Sidewalk’s plan for Quayside should be pushed back until Waterfront and its government partners solidify policy on data governance. The project has already faced frequent delays, most recently when the Waterfront board moved by a month and a half, to May 20, the date of its final vote on whether to approve the partnership.

The latest project terms include provisions guaranteeing that all personal data collected by sensors throughout the community would be stored and processed in Canada. One panelist not named in the report, however, expressed concern over the possibility that data could be transmitted through the United States, which could open it up to surveillance by the National Security Agency.

The panelists also wrote that they were still unsure of the project’s biggest beneficiary: “There was a general questioning of … whether the principal benefits from these largely experimental technologies would be accrued by Sidewalk Labs or its parent Alphabet, while potential costs (particularly in terms of any system failures) would be borne by residents and visitors to Quayside.”

They also wrote that they were divided as to whether Waterfront should consider banning the use of certain kinds of technology, such as facial recognition.

Sidewalk spokeswoman Keerthana Rang said that the company’s proposal “does not include – and has never included – any surveillance” or facial recognition technology. “As we have stated from the beginning, we are committed to complying with all existing and future privacy legislation, regulations and policy frameworks,” she added. 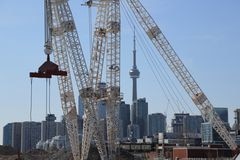 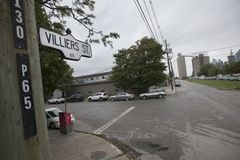