The company, which sells digital tools used by law enforcement agencies and corporations such as Chevron Corp. and Bank of America Corp. to investigate cybercrimes, said Monday it had purchased U.S.-based DME Forensics Inc., a 20-person video and multimedia evidence-gathering company founded in 2012 by a former U.S. Federal Bureau of Investigation forensic examiner. Magnet is paying US$6.75-million in cash plus up to US$2.25-million more in the next two years.

It’s the latest positive development for Magnet, the best-performing Canadian technology company to go public on the TSX this year, although the stock sold off after it announced the deal.

Magnet chief executive officer Adam Belsher said in an interview that the deal “isn’t material in term of moving the needle for us in the short term in terms of revenue, but it’s more of a strategic play.”

He explained Magnet will add the capability to effectively retrieve forensic evidence from a range of digital surveillance camera and recorder systems that capture video in stores and convert them to a standardized, easily searchable format. To date, Magnet’s focus has been on providing technology used to retrieve evidence from smartphones and computers. The company was founded in 2010 by Mr. Belsher and former Waterloo police officer Jad Saliba, Magnet’s chief technology officer.

“I really like this acquisition … because it will fill one of the blind spots” in Magnet’s offering to customers, National Bank Financial analyst John Shao said in an interview.

Magnet joins a slew of other fast-growing Canadian technology companies, including PointClickCare Technologies Inc., Lightspeed Commerce Inc., Nuvei Corp., Tophatmonocle Corp., SemiosBio Technologies Inc. and Themis Solutions Inc. (known as Clio), that have gone shopping recently for foreign acquisitions to fuel their growth. Mr. Belsher said Magnet is focused on adding technologies that can increase the breadth of its offering to customers. “Organic growth is still the primary driver for us,” he said.

Magnet, whose C-suite is stacked with former BlackBerry Ltd. executives (Mr. Belsher, chief financial officer Angelo Loberto plus chairman Jim Balsillie are among the many alumni of the smartphone pioneer at Magnet) had seen its stock triple from its $17-a-share issue as of the end of last year. Magnet stock closed at $45.99, down 14.2 per cent.

BMO Capital Markets analyst Thanos Moschopoulos said the stock’s steep drop on a down day for other tech stocks had more to do with the fact it was prone, as a new technology stock with thin volumes, to “wild swings” and had recently had “a huge run-up on no news. I think that’s all it is.”

But Magnet’s stock has still fared far better than those of most Canadian technology companies that fuelled an unprecedented wave of IPOs during the pandemic. Many, including Dialogue Health Technologies Inc., BBTV Holdings Inc., Farmer’s Edge Inc. and MindBeacon Holdings Inc. now trade below their issue prices.

“We’ve seen a bifurcation between growth equities that are on the right side of profitability versus those that are continuing to burn significant amounts of cash,” Mr. Taylor said. Magnet is “one of the higher-quality software names to have gone public recently” in Canada.

National Bank’s Mr. Shao said Magnet benefits from “a very reputable customer base,” including corporations increasingly looking to build their capabilities to fight cybercrime. Magnet’s profitable growth and leadership in a growing market “are the two reasons the stock has been on fire lately,” Mr. Shao said.

As COVID-19 restrictions drop, Canadian companies are rethinking business travel. For some, much of it is no longer necessary
Subscriber content
July 2, 2021 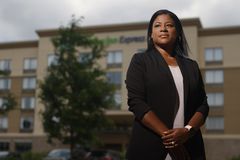 Opinion
The future of the organization, not the office, requires a strategic rethink
June 29, 2021 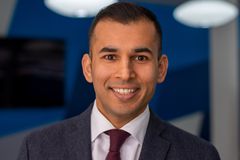