Canada’s equity markets have become a “haven” for aggressive short-sellers because of the hands-off approach taken by the market regulator, a newly released research paper charges.

The report by six corporate lawyers from McMillan LLP argues that the number of Canadian companies targeted each year by short-seller campaigns is disproportionate compared with activity in Australia, the United States and the European Union, and attributes this to the “non-interventionist” position of the Investment Industry Regulatory Organization of Canada (IIROC), the self-regulatory body that oversees equity trading across the country.

“The reason for this seems clear: short selling regulations in Canada are out of step with regulations in those other jurisdictions,” states the paper, titled Short Selling in Canada: Regulations are Weak and a New Path Forward is Needed to Reduce Systemic Risk.

Short-selling is the practice of betting that a stock will decline in price and takes place in two forms: a “covered” short or a “naked” short. The legal method for shorting a stock in most jurisdictions is through a “covered” short: A short-seller borrows shares, for a fee, from another investor, and immediately sells them. When short-sellers are required to return the shares back to the lender, they buy new shares, which they hope have declined in price so they can pocket the difference.

McMillan lawyer Paul Davis, one of the authors, said lax regulation around naked short-selling was one of many factors that “appear” to have made Canada a hot spot for this type of trading. “It appears to be an attractive environment for short-selling,” he said in an interview. Mr. Davis said that his firm has represented both short-sellers and the companies they have targeted.

In the wake of the 2008 financial crisis, several countries with large capital markets, such as the U.S., effectively banned “naked” short-selling, introducing rules to make sure that short-sellers had borrowing agreements in place before attempting to short a stock.

The McMillan paper argues IIROC has not implemented concrete policies recommended by the International Organization of Securities Commissions (IOSCO) that would require short-sellers to ensure that they can locate or borrow shares before executing a short strategy. The effect, the paper argues, is that “naked short selling is legal in Canada.”

The lawyers called on IIROC and the Canadian Securities Administrators – the umbrella organization for Canada’s provincial and territorial securities regulators – to “justify why the deviations from the regulatory standards recommended by IOSCO … and adopted by other regulatory authorities in similar capital markets do not increase systemic risk in the Canadian market.”

IIROC, however, disagrees that it deviates from the international standards. In a statement, spokesperson Andrea Zviedris said the regulator is in compliance with the “principles" of the recommendations. The concerns expressed by the McMillan lawyers are familiar to IIROC, she said in an e-mail. “While we understand these concerns, short-selling is legitimate trading that contributes to liquidity and price discovery."

The McMillan paper notes that, between 2015 and 2018, Canada experienced an increase in “short campaigns” – a publicity war where negative information about a company is strategically disseminated to place downward pressure on the stock – while such campaigns decreased sharply in the United States.

The paper says that between 2015 and Oct. 31 this year, there were 76 short campaigns targeting companies in Canada, compared with just 17 in Australia and 57 across the whole European Union.

The report acknowledges some of the benefits of short-selling: adding liquidity to the market and what it described as “facilitating price discovery.” It does not identify specific cases, some of which have helped expose fraud and impropriety at large Canadian companies.

In 2011 a campaign led by Muddy Waters LLC, a U.S.-based research firm, alleged that Sino-Forest Corp., a company that sold Chinese timber and which was traded on the Toronto Stock Exchange, had exaggerated its assets and deceived investors. The Muddy Waters report was the first step in what led to findings of fraud against Sino-Forest at the Ontario Securities Commission and a $2.6-billion judgment in Ontario Superior Court against Sino-Forest’s co-founder. 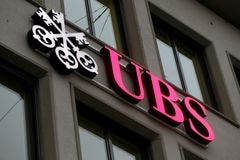 WeWork pulls the plug on IPO, plans on ‘revisiting the public equity markets in the future’
Subscriber content
September 30, 2019 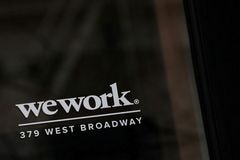