The founders of the Weeknd-backed incubator Hxouse are launching a new program series and partnering with Toronto-Dominion Bank to open more career opportunities to Black Canadians in creative fields, after years of frustration over how Corporate Canada has “tokenized” Black talent.

The Weeknd, his long-time friend and creative director La Mar Taylor and sports-and-entertainment marketer Ahmed Ismail launched Hxouse in 2018, with its name playing on the global pop star’s XO record label and creative brand. The three self-made Black success stories from Scarborough, Ont., first pitched Hxouse as an antidote to the flight of talent to cities with more creative opportunities, such as Los Angeles or New York. The incubator offers support, resources and renowned mentors for people in industries such as music, fashion and film, to help launch their careers.

On Monday, the founders will launch Black Hxouse, an initiative that extends the incubator’s original mandate by removing economic barriers for communities facing significant structural career barriers – in particular creatives who are Black, Indigenous or persons of colour (BIPOC) – through a mix of corporate partnerships, grants, mentorship and networking.

Mr. Taylor and Mr. Ismail, who run the incubator day-to-day, say they’ve spent too many years of their careers in the United States and Canada trying to justify their worth as Black entrepreneurs in the business world. “It’s extremely terrifying to be the only Black person in a room filled with white faces,” Mr. Taylor said in an interview. “I still have PTSD from being in those rooms.”

The launch of Hxouse saw them cross paths regularly with Canada’s executive class, some of whose members rubbed Mr. Taylor and Mr. Ismail the wrong way. Some approached the incubator for partnerships that would boost their brand while overlooking the creatives who’d gone through Hxouse programs.

Through Black Hxouse, the founders plan to build direct relationships with Canadian companies in more meaningful ways to expand hiring pipelines and career growth for BIPOC Canadians. Its first such partnership, announced Monday, is with TD Bank.

“The need to be more intentional around the BIPOC community is something that I think we’re very, very passionate about,” said Claudette McGowan, TD’s global executive officer of cybersecurity. Hxouse, she said, “is a great example of an organization walking the walk, and really engaging at that grassroots level.”

Of the TD partnership, Mr. Ismail said that “their full support and commitment to the long-term growth and development of vulnerable communities were sincere and evident from the beginning.”

He sees the partnership as a first step in connecting with Corporate Canada. “We’re trying to build a community that’s easy and accessible for brands and corporations to hire from, and to recognize talent and promote achievements in these amazing BIPOC communities.”

The plans for Black Hxouse did not emerge suddenly. Mr. Taylor and Mr. Ismail began brainstorming in 2019, first launching a program for Black women entrepreneurs last February. But the killing of George Floyd by a Minneapolis police officer in May, and the subsequent calls to end violence against, and systemic oppression of, Black communities, accelerated Mr. Taylor’s and Mr. Ismail’s work – just as Black Lives Matter movements returned to the forefront of public dialogue. They watched in dismay as countless brands made “performative” statements about supporting Black communities, Mr. Ismail said.

Worse, he continued, was a tendency within Canada to ignore systemic oppression of Black Canadians and assume racism is a U.S. problem, preventing the corporate world here from making meaningful change. “In America, they have a glass ceiling,” Mr. Ismail said. “In Canada, we have a concrete ceiling.”

Monday’s announcement will reintroduce Hxouse’s dedicated program for advancing Black women’s careers while also expanding its broader strategy to support BIPOC Canadians. That includes the promotion of what Mr. Ismail calls a “B365” content series and strategy to encourage businesses to invest in consistently recognizing Black talent – rather than playing host to Black History Month events in February, then bypassing Black staff for leadership roles, leaving them “tokenized.”

“We were given a month that felt like Groundhog Day,” Mr. Ismail said. “Nobody wants charity. We want opportunity.”

Although Black Hxouse will focus on advancing the careers of Black Canadians, the founders said they hope to introduce more programs for other structurally marginalized groups.

“Given the fact that we, the founders of Hxouse, are Black, and we come from a community that’s underrepresented, we felt it was our duty to really come to the front and lead the charge with this program,” Mr. Taylor said. “As time develops, we will be introducing more programs that touch on [other] underrepresented communities, like Indigenous, trans and Black queer [communities].”

Zoey Dash McKenzie, an entrepreneur and former Ontario policy adviser who now manages stakeholder relations for Hxouse, saw firsthand how few Black Canadians – and Black Canadian women – make it in the tech world. “I wasn’t hearing from people who look like me,” she said. But the creatives who go through Hxouse’s programs get a broader, more equitable view of entrepreneurship, she said, thanks to deliberate effort and global connections.

“They get to hear from people with lived experience that look like them, lived in their communities – it’s kind of magical,” Ms. McKenzie said.

Drew Hall is an alumni of Hxouse’s original incubator program. The connections he made there helped launch his career, which includes doing brand design for artists and athletes. “They make sure you can really carry your own when you get into rooms,” said Mr. Hall, a 27-year-old Black multidisciplinary designer from Hamilton.

But he still feels barriers for Black creatives and has noticed a pattern as he navigates a global industry: “I face a lot more barriers within the Canadian scene than the American scene.”

The founders of Black Hxouse hope to change that. “A Black kid growing up won’t realize he’s a superhero,” Mr. Taylor said, “if he doesn’t see equal representation in front of him.” 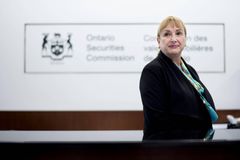 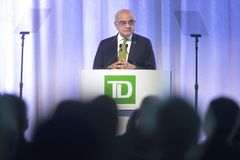 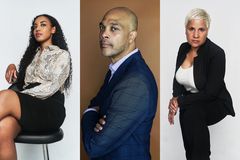