WestJet Airlines says its move to “voluntarily” give back customers' money for flights cancelled due to the COVID-19 pandemic makes it the first national Canadian airline to do so.

The Montreal-based carrier says its Calgary rival is playing catch-up, offering refunds months after Air Canada, which has repaid $1.2-billion to date for flights cancelled because of border shutdowns and travel bans.

“Misleading statement!” Air Canada tweeted on Wednesday night after WestJet issued a news release saying it would be granting refunds after months of mounting public pressure. “WestJet is just now catching up to our policy to refund refundable fares.”

However, Morgan Bell, a WestJet spokeswoman, said WestJet is refunding all airfares on cancelled flights – even economy-class seats that are not usually refundable. “The difference is we are refunding all fares, refundable and non-refundable fares such as our basic fare, if we cancelled the flight due to COVID-19. We have also previously been refunding in the jurisdictions where we were already required by law: U.K., EU, U.S.”

The dispute highlights the airline industry’s controversial withholding of refunds and marks new terrain in which the two rivals are grudgingly competing over who is relenting to public pressure and who is just adhering strictly to the rules.

Canadian airlines and most of their global counterparts cancelled about 90 per cent of their schedules by the end of March, as the pandemic caused governments to close borders and warn people to stay home. Air Canada, WestJet and other domestic carriers refused to give customers their money back unless the ticket included refund provisions or the flight included destinations that mandated refunds, such as Europe and the United States.

Customers were given vouchers or credits, which many of them declared worthless, given the persistence of the pandemic and the grim economic outlook.

The airlines' decisions to hang onto the money were backed by the federal regulator, the Canadian Transportation Agency, which said the cancellations were beyond the carriers' control, and the vouchers were a “reasonable approach in the extraordinary circumstances.” The International Air Transport Association has said airlines are facing ruin and cannot afford to repay customers.

Colorado resident Gabriel Cohen said Air Canada cancelled his family’s Denver-Toronto-Sao Paulo flight in June, and refused to give back his US$4,000. Instead, the airline issued four vouchers, which were not transferrable and expire in two years. “Not only is it not a refund, it’s a way for them to keep my money,” Mr. Cohen said by phone.

He filed a complaint with the U.S. Department of Transportation, which in April issued an enforcement notice requiring airlines to give refunds even if the reason for the cancellation was out of their control.

Mr. Cohen received a response from Air Canada, which refused to issue a refund. “We realize you may disagree and view this approach as inconsistent with the U.S. DOT’s Enforcement Notice. However, we believe that our position is consistent with U.S. law having examined this question in depth.”

Air Canada declined to comment. In a similar but unrelated complaint, Air Canada has argued the Department of Transportation’s order was “guidance” and not a law.

Airlines have refused to give refunds at the same time as they have complained about governments' travel restrictions and a lack of a sector-specific taxpayer bailout in Canada. Even after refunding more than $1-billion in airfares, Air Canada has about $2.4-billion in advance seat sales, according to its financial reporting. The airline is burning through about $16-million a day even after laying off 20,000 people and cancelling routes. WestJet has cancelled almost all its service in Atlantic Canada, idled 140 of its 181 planes and laid off 4,000 people.

Privately held WestJet does not reveal its balance sheet. WestJet’s Ms. Bell said Thursday the about-face on refunds is not tied to any government talks about aid. “We are doing the right thing irrespective of what may or may not become a regulatory requirement,” she said.

Federal Industry Minister Navdeep Bains declined to say if WestJet’s refunds raise the likelihood taxpayer aid is forthcoming. “Clearly, the voucher issue is one that’s come up, issues with respect to the different routes that are being cancelled are a point of concern for us as well,” Mr. Bains said. “So all this is part of the ongoing conversations we are having with the airline industry.”

With files from Emma Graney

WestJet to refund some passengers whose flights were cancelled because of COVID-19
Subscriber content
October 22, 2020 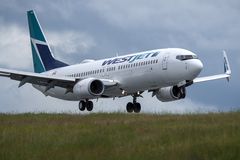 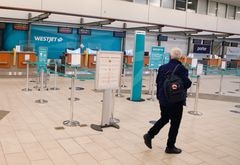