WestJet Airlines Ltd. is taking steps to assure its 14,000 employees their jobs are safe in a $3.5-billion takeover by private equity investor Onex Corp. But there are questions about the employees’ profit-sharing and stock plans, which the airline has long said is key to its ownership culture.

WestJet on Monday held a conference call with leaders of the company’s unions and employee groups, assuring them there would be no job losses as a result of the takeover and that the airline’s business strategy will continue.

“They were stressing to us it’s business as usual in the workplace,” said Chris Rauenbusch, president of the Canadian Union of Public Employees Local 4070, which represents 4,000 flight attendants at WestJet and its regional carrier, WestJet Encore.

The questions from employee groups on the call quickly focused on the employee share-purchase plan. Instead of a pension plan, workers can invest as much as 20 per cent of their pay in WestJet stock and the company will match it. Employees also share in profits and receive bonuses if the company hits certain performance targets.

But without a pension plan, and with so much of their retirement funds tied up in one stock, employees are “anxious,” Mr. Rauenbusch said.

“With taking the company private there will be no shares to purchase, so we were just reiterating the needs of our members to have that addressed,” he said. “It’s huge. We don’t have a pension plan at WestJet. In order to have any retirement with dignity, that’s the plan we rely upon. Without it, you have your day-to-day wages and that’s about it.”

Onex says the employee profit-sharing will continue when it completes the deal this year or next. And the share-purchase plan will be “converted to a program that is appropriate for a private company,” Onex said in an e-mail. "More information will be shared with employees in due time.” Employees can immediately cash in their shares or reinvest some or all of them in the airline when it becomes privately held, Onex said.

Ed Sims, WestJet chief executive, said on Tuesday the airline’s corporate culture, which stems from its beginnings as a Western-based maverick in the aviation world, will not change with Onex as the owner. “I don’t believe so, because they have bought into WestJet’s ethos that we are here to humanize air travel, to keep fares fair; we’re a challenger brand, we brought competition to this marketplace and we’ve kept, essentially, existing players honest by doing that. This is absolutely our commitment in the future,” he told reporters at WestJet’s head office in Calgary.

Alan Middleton, a professor of marketing at Schulich School of Business at Toronto’s York University, said WestJet’s culture and reputation have gradually moved away from a company in which employees are owners, partly as a result of friction with the pilots’ union.

Still, its upstart reputation remains, even as it has transformed into a mainstream carrier with 181 planes, more international routes and, soon, a private-equity owner in Toronto.

“WestJet has positioned itself not only as more fun to fly with, because of the people you meet, but because their people go the extra distance to make your travel more easy, or if there are disruptions, they will find a solution,” Prof. Middleton said.

For that to continue, he said, Onex needs to preserve the employee relationship and spend a lot of time and money to ensure the staff remains committed to looking after customers.

“Hopefully they realize what they’ve got in that employee relationship. But there’s a big challenge. … Every organization wants to cut costs, to cut inefficiencies. The trick is to cut fat not muscle. And that is so hard to do,” he said by phone.

Mr. Sims said employees should see no change to collective-bargaining agreements and that he is committed to ”upholding or replacing current staff benefits and entitlements.”

Mr. Rauenbusch said his members are committed WestJetters and keen to make the international expansion a success. “If we can do that in partnership with the new owners, I think it will be highly successful. If the new owners take it over and want to sort of put us in our place, so to speak, then I don’t think it’s going to work out very well. It’ll become [like] any other run-of-the-mill carrier.

“I think it all lies in how they deal with all of the front-line groups in terms of, do we feel like we are valued and do they place value in the contributions that we make. The airline has thrived based on its people, so if that element is taken out then I don’t see it being a successful acquisition.” 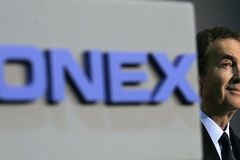 Analysis
With Onex on board, WestJet gains much-needed breathing room to compete with Air Canada
Subscriber content
May 14, 2019 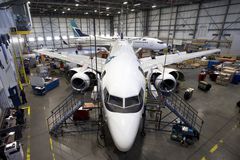 What you need to know about Onex - and why investors bid up its stock Monday after the WestJet deal
Subscriber content
May 13, 2019 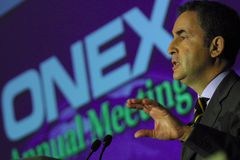