WestJet Airlines Ltd. says it will bring back nearly 6,400 laid-off employees to the payroll using Ottawa’s emergency wage subsidy program as the COVID-19 pandemic continues to crater the airline sector.

The Calgary-based company plans to apply to the Canada Emergency Wage Subsidy and rehire workers at three-quarters of their previous wage once the federal government has approved it.

“This does not automatically mean that they will be coming back to work, as there may not be work there for them,” Chief executive Ed Sims said in a video posted to Twitter Wednesday night.

The majority will likely stay home, as the airline has slashed domestic capacity and cancelled all transatlantic and U.S. routes until May 4.

The 12-week program covers 75 per cent of a worker’s salary, or up to $847 a week, at companies that have seen revenues drop off by at least 15 per cent in March.

Air Canada made a similar announcement on Wednesday, stating it would use the federal program to bring back about 16,500 employees.

Edmonton-based Flair Airlines said Wednesday it will rehire all 130 laid-off workers and return all 332 employees to full wage, thanks largely to the federal subsidy, CEO Jim Scott said.

Last month, WestJet announced that 6,900 workers would leave the company – some temporarily, and a smaller percentage via early retirements and resignations – with many of the remaining 7,100 employees taking reduced hours.

The pandemic has devastated the travel industry, with airlines such as Porter Airlines and Air Transat halting all flights. International passenger arrivals at Canadian airports decreased by 96 per cent year over year for the week starting March 30, despite thousands of travellers returning home on repatriation flights, according to the Canada Border Services Agency.

At some airlines, union members making minimum wage or close to it might opt to stay off the payroll, which would allow them to apply for the Canada Emergency Response Benefit (CERB) for people who’ve lost their jobs.

“Some may elect to take the CERB since it would offer them a greater benefit,” Hugh Pouliot, a spokesman for the Canadian Union of Public Employees (CUPE), said in an e-mail Wednesday.

Under the wage subsidy program, workers are paid 75 per cent of normal hourly wages, or up to $847 a week. The emergency response program offers $500 a week to unemployed Canadians.

A furloughed worker returning to a 40-hour-a-week post at minimum wage – $14 an hour in Ontario, the second-highest in the country – would make $420 a week under the wage subsidy. That’s 16 per cent less than the cheque they would receive under the CERB program for newly laid-off Canadians.

A worker earning $17 an hour would take home $10 more a week than their unemployed counterparts.

“We realize the program is not a one size fits all and we are in the process of evaluating these scenarios and how they would affect WestJetters who are currently on leave and receiving other employment benefits or subsidies,” WestJet spokeswoman Morgan Bell said in an e-mail Thursday.

Passengers hoping for refunds for cancelled flights will be out of luck
April 8, 2020 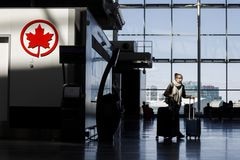 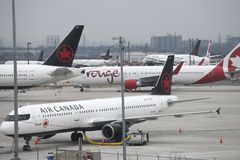 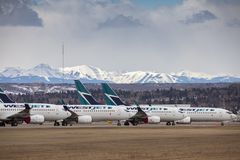