WestJet Airlines Ltd. has announced a series of job cuts and head office changes it says are aimed at ensuring the Calgary-based carrier can compete when the COVID-19 pandemic eases.

WestJet said on Wednesday 3,333 employees will permanently lose their jobs as the airline contracts out all domestic airport operations outside of Vancouver, Calgary, Edmonton and Toronto, restructures its management and consolidates its call centre in Alberta.

WestJet made the announcement as it throws its weight behind lobbying efforts to loosen government-imposed travel restrictions and two-week quarantine rules businesses say are holding back the travel and tourism sector’s recovery. The Canada-U.S. border closing to non-essential travel has been extended until July 21, and many provinces have travel bans and self-isolation rules, measures health officials say are needed to limit COVID-19 deaths and illnesses.

Ed Sims, WestJet’s chief executive, said the airline has slashed costs by 60 per cent but faces a long recovery owing to the uncertain outlook for the demand and viability of air travel.

“The damage we have incurred from a weakened demand environment is being compounded by multiple factors, including a patchwork of provincial and federal travel advisories [and] constraints on non-essential travel, globally and even domestically,” Mr. Sims said in a video statement posted on the internet.

Calin Rovinescu, CEO of Air Canada, which has laid off 20,000 employees, has said the domestic travel rules are “stifling an economic recovery.”

Mr. Sims did not elaborate on the management restructuring, but said WestJet would look for partners to provide services at small domestic airports, and the airline hopes laid-off employees will find work with those contractors.

“Throughout the course of the biggest crisis in the history of aviation, WestJet has made many difficult, but essential, decisions to future-proof our business,” Mr. Sims said. “Today’s announcement regarding these strategic but unavoidable changes will allow us to provide security to our remaining 10,000 WestJetters, and to carry on the work of transforming our business.”

The job cuts announced on Wednesday are non-union positions, and do not include pilots, cabin crews or dispatchers. “The good news is flight attendants are not affected at all by this,” said Chris Rauenbusch, president of CUPE Local 4070, in a phone interview.

About 2,700 WestJet flight attendants are on temporary layoff, receiving 75-per-cent wage subsidies through the federal government, and 260 are due back at work shortly, Mr. Rauenbusch said. WestJet has already issued about 700 layoff notices to pilots.

Beginning in mid-March, WestJet halted much of its service and placed employees on emergency federal wage subsidies as the life-threatening virus spurred governments to close borders and issue advisories against non-essential travel.

WestJet was acquired by Onex Corp. last December and no longer releases financial figures. The International Air Transport Association has forecast the world’s airlines the world’s airlines will lose a total of US$84-billion in 2020 as revenue falls by US$419-billion, or 50 per cent, from 2019. The global industry group also says many airlines will fail amid the unprecedented collapse in air travel and economic activity owing to the pandemic.

Airlines seeking to resume some flights, including WestJet, are emphasizing new plane cleaning methods, mandatory masks at airports and onboard, passenger screening and other new procedures to combat the virus and assure customers flying is safe.

Mr. Sims said until a vaccine is available, “the temporary solution for travel is that which we have already implemented: a hygienic experience from start to finish and lower-touch business model … so that all travellers can rebuild their confidence in flying.”

Air Canada is operating a summer schedule to 97 destinations in Canada, the U.S. and overseas, down from 220 in 2019. Three other major carriers – Porter Airlines, Sunwing Airlines and Air Transat – remain grounded and say they plan to resume flying in late July. 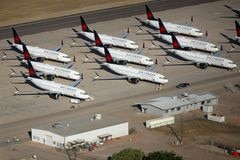 Delta to resume flights between U.S. and China this week
Subscriber content
June 22, 2020 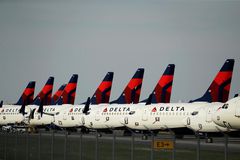 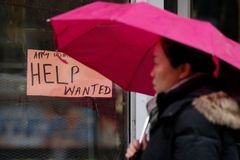