A U.S. coal miner is launching a NAFTA suit against Alberta over its policy to phase out coal in the electricity system by 2030, saying it is entitled to the same compensation for losses at mines in the province as Canadian firms received.

Denver-based Westmoreland Coal Co. served a statement of claim to the Canadian and Alberta governments on Monday, arguing the provincial New Democrats violated the North American free-trade agreement by compensating Canadian-owned utilities but not the U.S. mining company for losses related to its 2015 coal phase-out plan. Under NAFTA, the federal government is the formal respondent in such claims and ultimately responsible for any arbitration award.

The company has seven mines in Canada – five in Alberta and two in Saskatchewan – which it bought in 2013 from Sherritt International Corp. for $465-million. It has invested $98-million in its Canadian operations, and assumed more than $100-million in liabilities, including reclamation obligations, the company’s chief legal officer, Jennifer Grafton, said in an interview on Monday. It is demanding $500-million in compensation for losses at its Alberta mines.

“This is about being treated fairly as an Alberta company in line with how Alberta treated the other companies that were similarly situated,” Ms. Grafton said. “We felt like we were denied national treatment and were discriminated against being a U.S. company.”

When Westmoreland bought the mines, the federal Conservative government had announced a policy that required coal-fired generating stations to be outfitted with carbon-capture technology or closed when they reached 50 years of operating life. Six generating stations in Alberta – five of them Westmoreland customers – were expected to operate beyond 2030.

After coming to power in 2015, Alberta Premier Rachel Notley made 2030 the closing date. The NDP government agreed to pay $1.96-billion in compensation to three utilities – Capital Power Corp., TransAlta Corp. and ATCO Ltd. – between 2016 and 2030.

Ms. Grafton said the five Alberta mines have no other customers, noting the Sheerness and Genesee generating plants were built on top of coal seams to take advantage of the local resource. Westmoreland employs 1,200 workers in its Canadian operations. With the shorter lifespan of the mines, the company says it will have to spend an additional $20-million a year for reclamation efforts.

A spokesman for the province’s Minister of Economic Development, Deron Bilous, said late on Monday the province had received Westmoreland’s statement of claim, and would not comment directly.

“Premier Rachel Notley and our government are fighting for coal workers and their communities by ensuring they have the supports they need,” Michael McKinnon said in an e-mailed statement.

He said the NDP government is allowing existing coal-fired plants to use natural gas, which the federal Conservative rules did not.

In its notice on Monday, the company indicated it remains interested in settling the dispute.

Canada has lost some major decisions under the investor-state dispute settlement mechanism – Chapter 11 – in NAFTA. An arbitration panel ruled in favour of New Jersey-based Bilcon Ltd. after Nova Scotia refused to grant a permit for a quarry on Digby Neck. Bilcon is claiming US$443-million in damages, with a new panel set to rule on that claim. In 2017, the Ontario government paid U.S.-based Windstream Energy $28-million under a NAFTA arbitration award after the province imposed a moratorium on wind projects in the Great Lakes.

The new United-States-Mexico-Canada Agreement (USMCA) dropped the investor-state provision, meaning Westmoreland had to act while NAFTA remains in place.

Ms. Grafton insisted the company is not challenging the right of Alberta or Ottawa to impose new regulations on the fossil-fuel sector to combat climate change, but rather is insisting on its right to be treated fairly.

The company made its Canadian investment in response to U.S. president Barack Obama’s Clean Power Plan, which would force U.S. utilities to reduce their reliance on coal. President Donald Trump is reversing the policy.

“We saw the investment in Canada as a diversification of regulatory risk,” she said. “We did a lot of research and we were focused on the fact that the federal government [in Canada] had provided a 50-year life for power plants.” The company lawyer said she could not comment on whether Westmoreland has assessed its financial risks from tougher regulations related to climate change or carbon pricing.

The U.S. parent company is in bankruptcy proceedings and its lenders are expected to be the new owners. 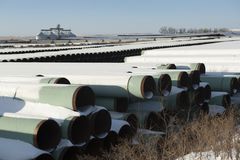 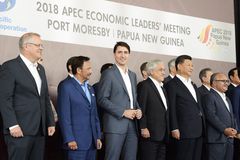