About two-thirds of the employees under my boss work from home one day or more a week. When I started, nobody worked from home. My boss would say that those employees are now allowed to do it because of particular circumstances. Several are in a department that does specialized work, several are in other cities, and one (who joined the company about 10 years after me) negotiated one day to work from home when she was hired.

I do exactly the same kind of work that some of the off-site staff do. I am also in the same salary range, even though they live in locations with a far lower cost of living. So I made a request three months ago that I be allowed to work from home one day a week.

I was told that my managers would have to do a companywide assessment before deciding. That is still ongoing. Our office has approximately 120 workers, so it’s not like we’re a huge business. I feel like this is discrimination of a sort. Thoughts? – Anonymous

I can imagine that a “companywide assessment” must feel like overkill. But it sounds like your organization has taken a patchwork approach to this issue up to now, and may be realizing that it needs to sort out some kind of considered policy. If they say yes to you, they can expect more requests.

Different managers and organizations have very distinct philosophies about remote work. It’s not likely you’ll be able to shape your company’s overall thinking. But it might be worth having a conversation with whomever the most relevant manager is, to assure that person that you will be as productive as ever – or even more so, if you can make a case that, let’s say, your work would benefit from occasional strategic solitude.

In contrast, I don’t think “well, you let so-and-so do it” is, by itself, the most compelling argument. And bringing up the lower cost of living of colleagues in other cities is a tangent. (If you believe you’re underpaid, make a case for a raise.)

It seems that your company is trying to adjust, however fitfully, to shifting norms around the way we work. It’s fair to ask how this “assessment” is going. But if you want to make an argument, make it about how the company won’t sacrifice anything, and may gain something, by giving you want you want.

I work as a group manager in a tech firm. About six months ago my director was promoted to vice-president and sent to the head office. A new director was hired, but it seems to me and to several of my peers and other stakeholders that he is not up to snuff. He makes frequent rash decisions, he criticizes people unduly, and he seems plain lazy, not showing up to key meetings. This has not improved over the months that he’s been in the job.

I have an open line of communication with the previous director, and I’m thinking about complaining to him about the performance of the replacement. Something tells me that the more time passes, the harder it would be to do anything about this situation. But I am worried about the risks. What should I do? If I should act, what would be the best timing? – Isaac

It may help to act, but not by “complaining.” Don’t simply dump a problem on your old boss; clarify in advance what you hope a conversation would accomplish.

A better approach might be to ask for advice. Describe the issues you’re having, but steer away from merely listing subjective judgments about how “rash” or “lazy” you think your new supervisor is. Instead, describe concrete problems and, most important, their consequences: He made decision X rashly, and that’s why problem Y happened; he missed a meeting about A, and B was the unfortunate result.

Come across as someone who is thinking about the organization. And perhaps your former boss will actually have useful suggestions; you should, in good faith, follow them. Once you have brought the situation to his attention, you can follow up if you need to.

There is definitely some risk in this. Your old boss might be a fan of the new director and interpret all this is as an annoying headache, or even as back stabbing. The new supervisor may find out that you went over his head, and resent it. You’ll have to judge whether you can trust the ex-boss, and whether you’ve given a fair chance to the new one.

But after six months, it’s not likely that he is going to spontaneously change behaviour. And eventually any concern you raise is going to be met with the reasonable question: If things were so bad, why didn’t you say anything? So if you want change, you may have to take a risk, sooner rather than later, to make it happen.

I want to be a remote-employee experience specialist … what will my salary be?
Subscriber content
September 26, 2018 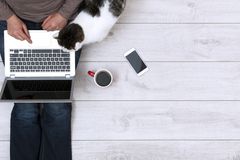 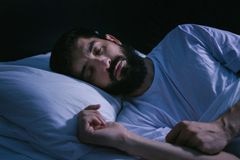 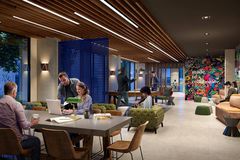