Devin Golets and his partners are aiming high with their new company, AdmitKit, but before getting started, they still had to contemplate their existence.

To incorporate or not to incorporate? That was just one of the questions facing Mr. Golets and his AdmitKit partners.

Partners Braden Hill, who is chief executive officer, Martin Cserhati, AdmitKit’s chief information officer, and Mr. Golets, 26, came up with the business idea of offering advice and assistance to high-school students trying to get into the postsecondary programs they want.

“Too often, students feel lost when navigating university websites, speaking to advisors or friends, chatting on message boards and looking at rankings. In most cases, this information is generic, often dated and not catered to the individual student,” Mr. Golets says.

AdmitKit seeks to help students design a strategy to get admitted to their top school choices, and if possible, find available scholarships. One of the company’s long-term goals is to digitize its service, so that students from all parts of Canada and abroad can get quick, effective admissions advice and help.

First, though, came the short-term tasks for a startup like AdmitKit. Setting up a corporation was just one choice – they could also have been individual proprietors, partners, or a co-operative.

Any decision about how to set up also brings its own set of further decisions, relating to taxes and employment rules, for example. So what to do?

“We chose that route because we could limit our own liabilities and because we hope to expand. It seemed to fit our needs."

Incorporation is a fine way to go for many new businesses, but it’s not always necessary, says Gary Kudlow, a chartered professional accountant and partner at Kudlow and McCann in Toronto.

“The choice is usually between a sole proprietorship, a partnership or incorporating,” Mr. Kudlow says. “Starting a co-operative is possible, particularly for social [not-for-profit] enterprises, but it’s not done as often."

Entrepreneurs such as Mr. Golets and his partners might have considered entering into a formal partnership agreement, Mr. Kudlow adds, because “they have more than one person who originated the business.”

One difficulty with partnerships is figuring out who does what. Partnerships sometimes start out rosy but falter when some partners think they do more work than the others, or some believe they should be in charge, without having set up formal roles.

One way around this might be to consider a joint venture. “That’s where two sole proprietors get together to provide a service. It happens often in the arts world,” Mr. Kudlow says.

Think of Lennon and McCartney’s original agreement to share writing credit for Beatles’ songs. (On the other hand, the Beatles’ success led to all kinds of legal difficulties later, when the handshake agreement of two teenagers proved inadequate to handle the millions of dollars coming in from royalties and record sales.)

The two reasons that AdmitKit chose to incorporate make sense, Mr. Kudlow says. Having a corporation puts limits on the liability the individual shareholders might be responsible for, and if the company expects to make large profits, they can keep funds in the corporation and pay themselves reasonable salaries, so they don’t get taxed too highly.

The advantages are not absolute, though, Mr. Kudlow warns. Courts will “pierce the corporate veil” to go after shareholders in many cases, and salaries paid to the main people doing the work in a private corporation have to be reasonable, or Canada Revenue Agency might consider them artificially low and come calling.

Before even considering whether to incorporate, Toronto lawyer J. Anthony Baker recommends that startup entrepreneurs step back and take care of the basics — starting with choosing a name for the business.

“A young entrepreneur might want to start as a sole proprietor because it’s cheaper. He or she can register a business name for a couple of hundred dollars over the internet. It’s also good to find a lawyer and get a half-hour of free legal advice. In Ontario, the Law Society has a referral service for this,” Mr. Baker says.

Ultimately, the question of whether to incorporate should be discussed with both a lawyer and an accountant, Mr. Baker adds. Lawyers tend to like the idea of limiting liability, while accountants will be able to say whether incorporating will bring tax advantages or whether it will merely cost more money for little advantage.

Sandra Foster, a Toronto financial author and president of Headspring Consulting Inc., says that entrepreneurs should also be aware of the different types of corporations and the costs and responsibilities they involve.

“A private corporation is a separate legal entity with setup costs, as well as annual fees for annual reports and separate tax filing. A provincial or federally regulated corporation has shareholders,” Ms. Foster says.

If a small business like AdmitKit pays taxes on its corporate earnings, it might qualify for small-business deductions and exemptions on capital gains. On the other hand, a corporation can’t write off business losses against personal income the way an unincorporated sole proprietor can.

Something all small businesses in Canada should be mindful of is to collect, pay and file documents for the goods and services tax or the harmonized sales tax, says Eric Gilboord, chief executive officer of Warren BDC, a Toronto-based business advisory service.

“A new business should set aside funds from what they collect right away for GST/HST,” Mr. Gilboord says. “Remember, that’s not your money.” 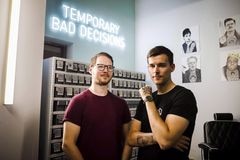 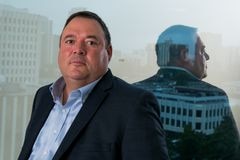 Buying an established business? There are right ways and wrong ways to do a deal
October 1, 2018 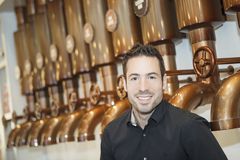