Two weeks ago, a dozen investment bankers spent a day in front of the slot machines and poker tables at three Vancouver casinos. They weren’t there for the gambling.

Gateway Casinos & Entertainment Ltd. toured the bankers through several of its B.C. properties, highlighting family-friendly steak houses and sports bars along with games of Texas Hold ’em as part of a marketing campaign for a long-promised initial public offering.

A Gateway IPO is expected to raise up to $400-million for owner Catalyst Capital Group Inc., a private-equity fund controlled by financier Newton Glassman. The offering was widely expected to be launched in early April.

But since the casino tour, attended by analysts from Canadian investment banks and international firms such as Morgan Stanley and Macquarie Group Ltd., Catalyst and Gateway have gone quiet on the planned IPO.

Catalyst, which acquired Gateway in 2010 and cancelled plans to take the casino operator public in 2012, faces pressure from backers to cash in on what’s perceived as a successful investment. Catalyst runs funds that are backed by pension plans and other institutions, and these funds own several other businesses that are doing poorly, including Callidus Capital Corp., a lender to distressed companies.

Gateway and Catalyst declined to comment on their intentions. According to sources working with the two companies, there are two issues holding up a potential Gateway IPO.

The first is the potential valuation of the Burnaby, B.C.-based casino company. Catalyst is pushing for a price that is higher than that commanded by Gateway’s main Canadian rival Great Canadian Gaming Corp. and needs time to make its case to potential investors.

The second issue is that Catalyst may be forced to choose between an IPO and the outright sale of Gateway. Catalyst is running what is known as a dual-track process, simultaneously working on both selling a minority stake in the casinos through a share offering and the sale of the entire business, potentially to a rival gaming company.

CIBC World Markets Inc. is running the IPO while Morgan Stanley is in charge of the possible sale of Gateway.

When it comes to valuation, Gateway’s chief executive, Anthony Santo, used the recent tour with bankers to showcase the casino’s strategy of creating entertainment destinations for families, not just gamblers, by rolling out Keg-style steak and seafood restaurants branded as Atlas and multiscreen sports bars called Match. Mr. Santo, who spent 25 years running casinos in Las Vegas, plans to use the same game plan at newly acquired Gateway properties and development projects in Ontario.

Gateway generated approximately $145-million in earnings before interest, taxes, depreciation and amortization (EBITDA) in 2017, according to sources who have seen the still-private company’s financial presentations. Gateway projects EBITDA will rise to $190-million in 2018, as the company spends approximately $300-million annually over the next two years to build new casinos and upgrade existing properties.

A Gateway IPO would be priced in part on a multiple to the company’s EBITDA, and that number is drawn from what investors currently pay for publicly traded casino companies. There is a relatively wide range of valuations on gaming companies, which translates into a significant difference in the payoff Catalyst can expect from selling Gateway.

At the low end of the range is Great Canadian, which runs 21 facilities in Canada and the United States. Shares in the Coquitlam, B.C.-based company trade at eight times the company’s projected 2018 EBITDA, according to a recent report from Raymond James.

Canadian private-equity funds Clairvest Group Inc. and West Face Capital Inc. sold two casino businesses in the past three years to larger gaming companies, one in Canada and one in the United States. In both cases, the buyer paid a multiple of eight times the company’s EBITDA.

At the high end, there are U.S. casino companies such as Churchill Downs Inc., the company that hosts the Kentucky Derby, commanding multiples of 10 to 11 times EBITDA.

Gateway’s market capitalization would be $1.5-billion if the company is valued in line with what investors pay for Great Canadian or the businesses recently sold by Clairvest and West Face. Gateway is worth $2.1-billion at the upper end of the range.

Back in 2014, Catalyst hired Canaccord to run the IPO for of sale of a subsidiary, Callidus Capital, at $14 a share.

On Friday, after Callidus stock closed at $4.54 on the Toronto Stock Exchange, Canaccord announced it had dropped research coverage of Callidus because of “reallocation of analyst resources.”

In financial circles, the move kicked off speculation that Canaccord would never have stopped covering Callidus if there was the prospect of winning lucrative work from Catalyst on the Gateway IPO. By that logic – which none of the companies involved have confirmed – Catalyst is eyeing an outright sale of Gateway as the more likely option. 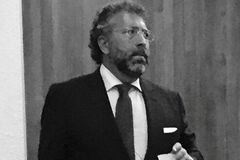 The story Catalyst Capital does not want you to read Subscriber content
March 29, 2018 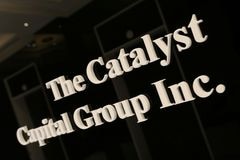 For Catalyst funds, a lot is riding on performance of publicly traded Callidus Subscriber content
March 25, 2018 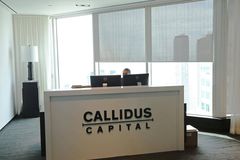