The British junior mining company Sula Iron & Gold Plc had the kind of name a mother would love. Straightforward and unassuming, iron & gold.

But it held little hint of the speculative excitement that ignites mining investors from time to time, such as the fervid, recent interest in metals used in electric-vehicle batteries. These include copper, nickel and more esoteric varieties, such as lithium, cobalt and manganese.

In early 2018, commodities investors realized (not for the first time, certainly not for the last) that as the demand for electric vehicles (EVs) balloons in the coming years, this will mean strong demand for EV battery metals. The International Energy Agency predicts that the number of electric vehicles on the world’s roads could leap from the low few million EVs seen today to 125 million or 220 million, depending on which international environmental standard countries decide to adhere to. The wide use of electric vehicles is undoubtedly on the way.

And so, catching that wave, Sula proclaimed its new focus on cobalt mining in the Democratic Republic of the Congo by changing its name a year ago to African Battery Metals Plc. It’s a speculative trend laid bare, just as mining companies in Canada are looking again at older, sometimes long-neglected mines for the prospect of exploring for cobalt, often a byproduct of other metals.

And the mining industry is still excited about EV battery metals, even if the run-up in cobalt and lithium prices have come off their 2018 highs. In the case of lithium, this was partly due to concerns of excess supply.

There are other concerns. The precise when in which mass adoption of EVs will occur, the what in terms of which battery technology will win over car makers and consumers and the how in whether the mining industry will meet the demand all remain major questions. EVs are coming, but the makeup of metals required is less clear.

“You started seeing reports coming out that perhaps the demand was overstated, or that the supply was going to be more than needed,” said Heather Cheeseman, a partner and leader of KPMG’s mining consultancy and auditing practice in Toronto. “And so, there has been some drop-off in prices [in cobalt and lithium, particularly], although they are still up over the last couple of years."

The trouble is, mining companies can’t act as swiftly as investors. As Ms. Cheeseman noted, “The challenge, of course, is that the supply side is slow to react by nature. It takes time to bring a new mine online, let alone explore for and find the minerals, [and] it can take companies time to decide to take them offline, when you’re in oversupply situations. It’s not an industry that can respond quickly."

Carol Cowan, a mining analyst and senior vice-president at Moody’s in New York, believes that competing EV technologies will keep the prices of battery metals volatile. Different technologies depend on different combinations of metals, and some technologies are moving away from cobalt, for instance, which is laden with supply issues since much of it comes from the Democratic Republic of the Congo. And it’s very likely that in five years, battery technology could evolve into something very different than what is popular now.

Moody’s explained in a report that while it expects EVs to comprise 17 to 19 per cent of new vehicle sales by the end of the 2020s, the car companies “will rely on a range of alternative fuel technologies including [battery electric vehicles], mild-hybrids, full hybrids, plug-in hybrids and fuel cells." This further confuses the issue of which combination of metals will be needed most and in what quantity.

“You also need to remember that with battery electric vehicles, you need charging stations. So, that’s a massive infrastructure build-out that would also require metal,” Ms. Cowan said. And so, battery metal prices are likely to respond differently to a litany of factors.

Because of the ubiquitous use of copper, its price is typically impacted by much larger economic shifts, such as signs of slowing economic growth in China, the rounds of Chinese-American trade feuds and even China’s efforts to improve its own environmental policies.

The latter could potentially help the growth of electrical vehicle use not in China, but globally. “Seeing more widespread adoption of this in China is going to make a huge difference, because China is thinking about this more strongly than we are in North America,” said Linda Nazar, a professor of chemistry and senior Canada research chair in solid-state energy materials at the University of Waterloo in Ontario. Her lab’s research focus is on battery science.

“I know that our field is being increasingly dominated by this technology that’s coming from China, and there are quite a few car companies there who are adopting electrical vehicles and embracing them with open arms, partly because of pollution problems in cities,” she said. China’s government has reportedly set a target for new energy vehicles to rise to 20 per cent of all auto sales in China by 2025. And so, it could be that the price of copper, as an all-purpose conduit for electricity within batteries, may remain tied mostly to major economic news from China, rather than the minutia of EV battery news.

Whereas roughly 1 per cent of copper in the world is used for EV batteries, it’s around 3 per cent of total use for nickel. Nickel prices have also dropped off from their 2018 highs, but analysts add that nickel didn’t see a vociferous price run-up last year.

Dr. Nazar at the University of Waterloo noted that nickel has a strong presence in the different combinations of metals used in different EV technologies. Because of the difficulties surrounding cobalt mining from Congo, a prime source for the metal, “cobalt has been replaced in ever increasing proportions with nickel, manganese and aluminum.”

Nickel’s appeal is partly due to questions surrounding cobalt. In reaction to expectations of high demand for EV vehicles, “cobalt production in the DRC [the Democratic Republic of the Congo] has ramped up very rapidly. Of course it leaves that sector very vulnerable to events in the DRC,” said Ross Strachan, senior commodities economist at Capital Economics, an analytical firm in Britain.

More than two-thirds of the world’s cobalt comes from the DRC, “from a country with a volatile history, [this] is a serious question for the industry and its long-term supply going forward,” he noted from London. The role of mining within the continually embattled country and issues such as child labour perpetuate enormous ethical issues and serious issues of metal supplies.

In Canada, cobalt, often a byproduct of other metal mining, is adding speculation of new life for old mines, including the once-booming silver mines of Cobalt, Ont.

Lithium, on the other hand, may become too plentiful, if the supply of other EV battery metals can’t keep up. “This oversupply would put pressure on spot prices for the metal, particularly in the early 2020s, when the surplus is likely to be the largest," according to a report by Moody’s.

The inability for nickel and copper supplies to ramp up production fast enough for the growing demand of electric vehicles could, in turn, limit the growth in lithium demand. Moody’s metals and mining team said in a report last year that new copper and nickel mines could take five to 10 years to meet the heightened demand as EV production increases.

Big picture for uranium changing for the better
March 1, 2019 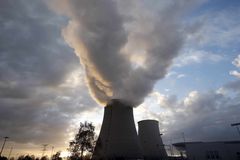 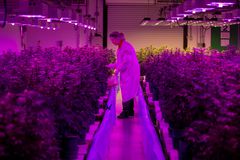