Amanda Munday is senior marketer and an advocate for women-identified rights who works at HiMama, an early-education technology startup based in Toronto.

I’ve worked in technology for 14 years, but I’m questioning my professional identity at a tech startup after returning from a maternity leave eight months ago.

“Where are the other working parents successfully navigating startup life and parenthood?” I often wonder. At times, I feel like a unicorn, except instead of the unicorn metaphor used for tech companies valued at a billion dollars, I literally question whether I’m a mythical creature who doesn’t belong here.

I am in the privileged position of having a mother who was able to retire from her career early to help me with child care. Were she not able to, or if she had preferred to retire in her retirement years, my husband and I would be in serious financial trouble. Paying for child care for two children under the age of 3 in Toronto would cost us $2,850/month or more than $34,000 a year. Add in mortgage payments and a car and suddenly I’m paying money to go to work. Fees in major cities across the country (except in Quebec) range from $864 in Saint John to $1,321 in Vancouver. I’m not alone in my frustration about inaccessible and unaffordable licensed child care.

That’s why, when Premier Kathleen Wynne promised free child care for preschool-aged children beginning in 2020 last month, I teared up. I was in the room when she made the announcement, and I was emotional because the challenges I face as a mother working in technology are converging into one massive issue, too big to be ignored by any political party. More recently, the NDP also pledged to offer $12-a-day daycare for children under 4, and free care for families earning less than $40,000 a year, starting to roll out in 2019.

I was emotional as I considered the interwoven path between early education and technology. I work for an education-technology startup whose purpose is to improve learning outcomes for children up to the age of 5. It’s not an accident that I spend my days serving families of children the same age as mine, while also advocating for child-care affordability with parents of Toronto East Enders for Child Care.

For once, I’m optimistic that the systemic issues facing women in the work force could be addressed by taking a hard strike at child-care affordability, and acknowledging that this is an issue of economic prosperity for Canadians.

Alongside the Liberal and NDP announcements is a technology sector reckoning. While I’m grappling with how not to quit my tech job in the face of inaccessible child care, all orders of the Canadian government have advocated for more women in STEM (science, technology, engineering and math). Prime Minister Justin Trudeau championed for women in STEM, the Ontario government committed to increasing the number of women-identified STEM grads by 25 per cent by 2021 and the City of Toronto placed Councillor Michelle Holland as the Advocate for the Innovation Economy to focus on increasing the number of women in technology.

If there is such push to support gender equality and women in technical careers, why do all parties not consider child care an economic imperative? We know that women are more often the ones who take on child-care responsibilities. How are women to lead in tech and boardrooms across all sectors if Canadian child-care costs are rising faster than inflation and accompanied by two-year-long waiting lists?

There are numerous opportunities that arise from a convergent realization that there are not enough women in STEM and there is not enough accessible child care in Ontario. Skeptics of free child care focus their criticism on two areas: funding and implementation. In regards to funding, while political opponents can debate which budget the child-care money will come from, the investment goes directly towards a thriving labour market.

As for implementation, some have criticized the Liberals’ free-child-care program for not addressing infant and toddler rooms, where wait lists are long and fees are high. Where I work at HiMama, I speak to child-care directors and collect aggregate data through our Child Care Sector Benchmark Report to understand child-care operating costs. Infant rooms are a loss leader because the required ratio is one educator for every three infants. Salaries and other operating costs can exceed revenue, even with expensive parent fees. Preschool fees help keep child-care centres in the black.

It is my hope that the trickle-down effect that results from fully funded preschool rooms opens up numerous opportunities for the expansion of infant and toddler spaces – along with more jobs. Child care can be great for business. Government investment in child care in Australia resulted in $1-billion in profit in 2015, along with a significant increase in spaces.

Bank of Canada Governor Stephen Poloz recently used Quebec as an example of how we can support more women in the work force by subsidizing child care and paid parental leave, introducing 300,000 more people to the work force by matching Quebec’s participation rate after significant child-care investment.

Regardless of the outcome of the Ontario election, I have a renewed sense of optimism. The volume of calls for more women in STEM suggests an appetite to resolve inequality to support an expanding jobs sector. We have evidence from economists, like Nobel Prize-winning economist James Heckman and Gordon Cleveland here in Canada, that investment in child care pays dividends. Let’s connect the dots and serve both communities to better lives and grow the economy. 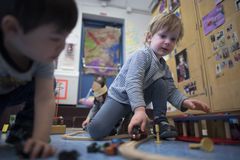 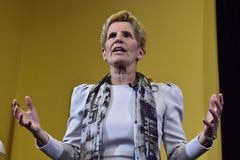