Stephen Aylward is a lawyer at Stockwoods LLP in Toronto practising commercial litigation and white-collar defence.

Justice deferred is not necessarily justice denied. Deferred prosecution agreements allow corporations to avoid a criminal conviction in exchange for admission of wrongdoing, payment of a fine and internal reforms. Such arrangements are common in the United States and Britain. The federal government is now planning to bring them to Canada, and some are worried that the new approach is overly lenient to corporate wrongdoers.

It is true that deferred prosecution agreements lower the stakes for corporate defendants. But they also ensure swift compensation for victims, more consistent enforcement and fairness to innocent stakeholders, such as shareholders and employees.

These agreements (called “remediation agreements” in the draft legislation) will be available to corporations facing charges of economic crimes such as fraud and bribery. Prosecutors must consider how the misconduct came to light and corrective steps taken by the corporation when deciding whether an agreement is appropriate. The corporation must agree to publicly acknowledge the relevant facts, compensate victims, pay a financial penalty and co-operate in the prosecution of any individual wrongdoers. The bill foresees an important role for the courts in overseeing these agreements (unlike the U.S. model, which leaves greater discretion to prosecutors).

A conviction may block a firm from bidding on government contracts for 10 years. But the more serious impact may be on a firm’s reputation. Arthur Andersen was one of the “big five” audit firms before it was convicted in 2002 of obstruction of justice for shredding documents relating to its audit of Enron. The conviction was overturned years later by the U.S. Supreme Court but the firm had already collapsed, with more than 100,000 jobs lost.

These high stakes mean corporations must treat prosecutions as a life or death battle. There is little incentive for corporations to settle or to come forward when they uncover criminal activity internally. Well-funded defendants dig in for drawn out legal battles. Meanwhile, victims wait for years without knowing whether they will be compensated for their losses.

White-collar prosecutions are costly and prosecutors have limited resources. This results in unpredictable enforcement: wrongdoing might result in draconian punishment but more often will escape notice. Since Canada introduced foreign corruption legislation in 1998, there have been only four convictions, with total fines of less than $20-million. By contrast, U.S. authorities levied penalties of US$2-billion in 2017 alone. Maybe Canadians are more virtuous than Americans in their overseas dealings; the fine discrepancy is more likely the result of a serious enforcement gap.

Deferred prosecutions will mean more consistent punishment as firms co-operate with the authorities. Social science literature on deterrence consistently shows that defendants are incentivized by the likelihood of punishment much more than its magnitude. Even The Economist, a long-time opponent of deferred prosecutions agreements, admitted recently that they have an impact in deterring wrongdoing.

Critics complain of special treatment for corporations. Individuals cannot pay their way out of criminal charges and neither should corporations. But corporations are not typical defendants. They are a legal fiction that represents the shared interests of a wide array of stakeholders, most of whom are innocent bystanders. Failing to recognize this can have perverse consequences. BNP Paribas pleaded guilty and paid US$9-billion in fines for evading U.S. trade sanctions in 2014. None of the bank’s executives were charged, although some were demoted and a few were fired. The focus on punishing the corporation left shareholders to shoulder the fine while those responsible walked away. Deferred prosecution agreements require corporations to co-operate in pursuing individual wrongdoers, and so place the focus where it belongs.

When given a chance, corporations can turn over a new leaf. SNC-Lavalin was plagued by fraud and corruption scandals for years. But under new management, it has been busy cleaning house. The company has pushed out those it held responsible for the problem, cut high-risk lines of business and brought in a respected compliance officer. It has resolved most of its legacy legal issues, but fraud and corruption charges against SNC remain outstanding. The company has indicated a willingness to settle and the proposal may prove to be a test case if it moves ahead.

White-collar prosecutions should deter corporate wrongdoing by targeting those responsible for criminal activity. The current all-or-nothing approach lacks the nuance required to achieve this goal. Allowing deferred prosecution agreements would be an important step to a smarter prosecution strategy that can close the enforcement gap.

Another group of residents seeks to sue CP Rail over Lac-Mégantic disaster
June 7, 2018 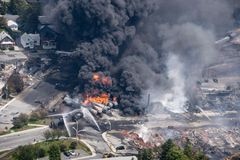 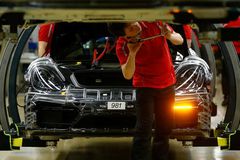